On Wednesday the county Board of Education will, again, discuss Superintendent Jon Gundry’s job security. Lawsuits filed by his ex-employees will likely be top of mind. Last week, Fly picked through the lawsuit filed by former chief business officer Micaela Ochoa. In sworn declarations, former staffers shared accounts of those annoying boss things, like racism, paranoia and harassment. We decided to take another look at Gundry’s own deposition, and it appears the head of the county Office of Education (COE), which oversees the South Bay’s 31 school districts, gave conflicting accounts about flouting the Public Records Act—under penalty of perjury. Two years ago, San Jose Inside wrote some stories about secret consulting contracts the superintendent had signed, or was attempting to sign, without bothering to inform his publicly elected board. In one case, Gundry hired consultant Mark Skvarna and didn’t think it was really necessary to require written documentation of work performed by Skvarna, who incurred $20,000 in travel expenses. Apparently, Gundry preferred to work with a guy who doesn’t write anything, whether it be email or text, even when communicating with the IRS, CalPERS and CalSTRS. But when Ochoa’s attorney, Sonya Mehta, asked Gundry about documents that the COE failed to release, as well as how decisions were made, the superintendent said no one consulted attorneys about the non-disclosures. This not only contradicts the sworn account given by COE spokesman Ken Blackstone, who says Gundry told him to speak with outside counsel Patty White, but also another sworn declaration Gundry gave to the court months later, in April. The COE has no comment on the contradiction. That’s not surprising. According to court records, Gundry considers Metro, San Jose Inside’s parent company, a “tabloid” and believes managing editor Josh Koehn hacked his Facebook page to publish the superintendent’s selfies. That’s giving a simple journalist way more credit for technical skill than he deserves. The Kardashianesque photos were actually public for the world to see, to re-post and to cringe over.

Below are excerpted transcripts that show Santa Clara County Office of Education Superintendent Jon Gundry offered conflicting accounts about turning over records to Metro/San Jose Inside in sworn statements to the court.

In a Dec. 16, 2016 deposition, Jon Gundry (A) says he never told Ken Blackstone to consult outside counsel on San Jose Inside’s records request: 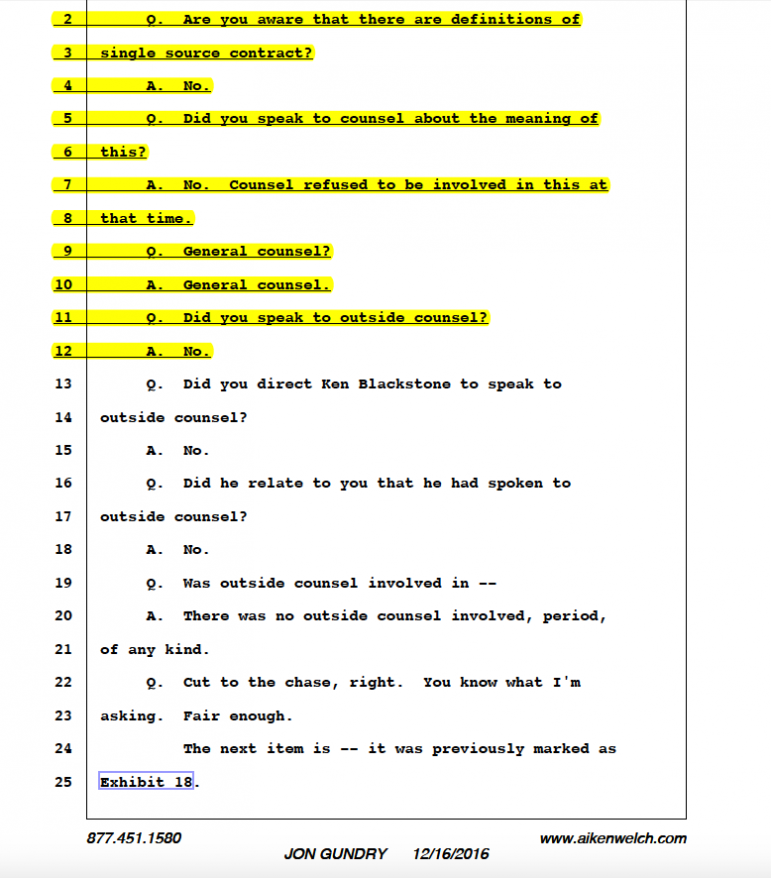 Two days earlier, in a Dec. 14, 2016 deposition, Ken Blackstone (A) says Jon Gundry told him to get outside counsel’s opinion on San Jose Inside’s records request: 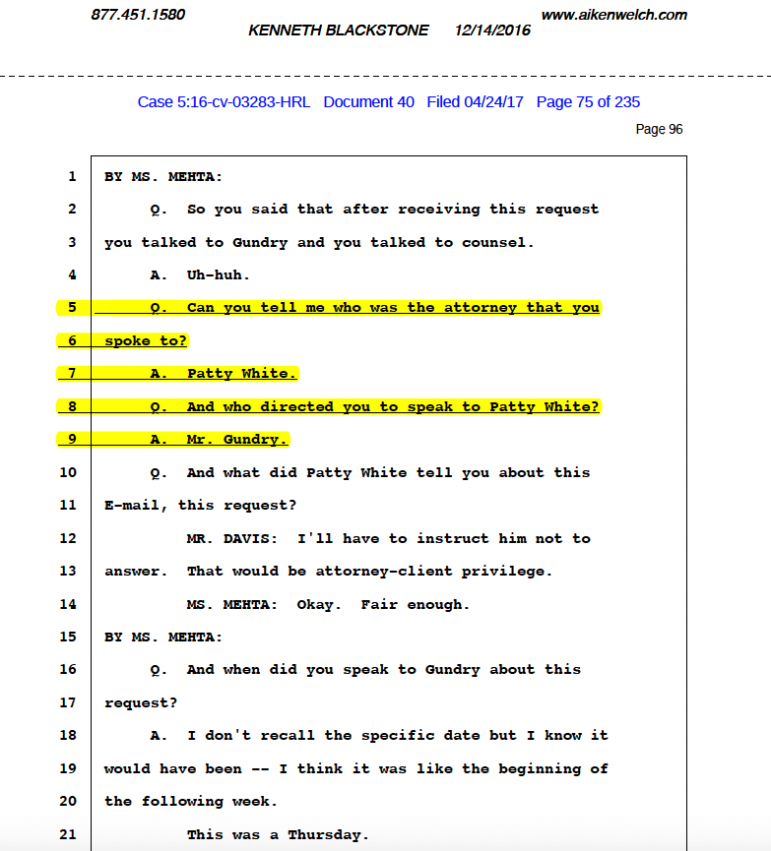 Four months later, in an April 10, 2017 declaration, Jon Gundry said that he told Ken Blackstone to speak with outside counsel on San Jose Inside’s records request. 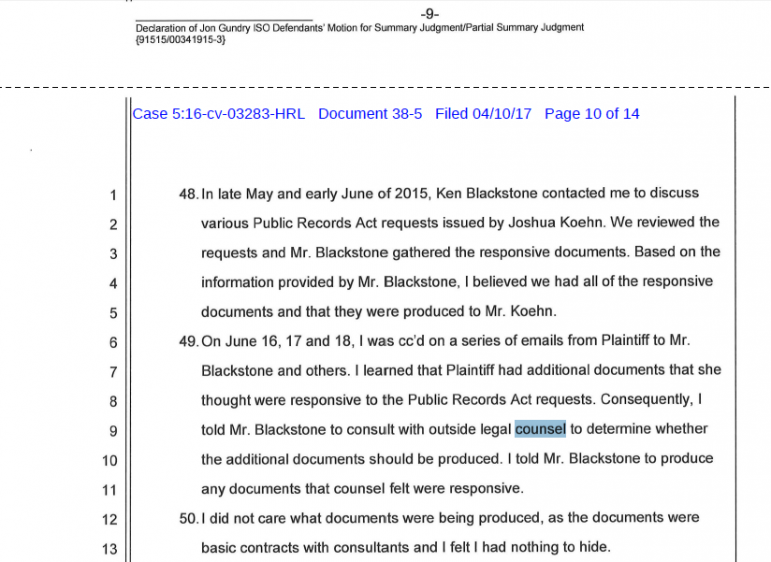 So which one is it?