Pat Kolstad’s raffle ticket created a nightmare. Just days before he won re-election to the Santa Clara City Council last fall, Kolstad used campaign funds to enter a raffle put on by the nonprofit Mission City Community Fund. As luck—or misfortune—would have it, Kolstad and his wife, Terri, won a brand-new Infinity luxury sedan. But according to Santa Clara’s election rules, the ticket purchase was made during a dead period for campaign spending, and it put him over the expenditure limit. City Attorney Richard E. Nosky fined Kolstad a piddly $250 for the infraction. But there could be more to come, as each new action by Kolstad seems to create a bigger mess. Kolstad sent a check to Mission City for the cost of the car, $31,665, and later noted it as a “non-monetary contribution” from the nonprofit on his campaign disclosure forms. That brought up two issues: It put his campaign nearly double over the city’s voluntary expenditure cap of $38,300; and it put Mission City in IRS limbo as nonprofits are barred from funding political candidates. Kolstad got off with a warning from the FPPC, the state’s political watchdog, but there’s still a question on where the money should end up. In March, Kolstad filed a new campaign disclosure form—after he’d already filed a form terminating the campaign—that makes it look as if the money in question never existed. Dustin DeRollo, a political consultant for Mission City, tells Fly that the nonprofit sent a check reimbursing him the cost of the car to avoid the appearance of conflict, but Kolstad refuses to cash it. Nosky says his office doesn’t know how Mission City’s check can be cashed without Kolstad breaking city laws, but it will continue to monitor the situation. And to further complicate matters, Kolstad didn’t even take the car he won. He upgraded to a luxury SUV, covering the difference in cost out of pocket. For the time being, Mission City is consulting with the city and its own attorneys on how to proceed. 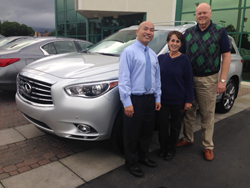