Ted Osius, the U.S. ambassador to Vietnam, paid a visit to San Jose’s City Hall earlier this summer, and since that time pretty much all hell has broken loose. In a letter sent to President Obama last week, San Jose councilmen Manh Nguyen and Tam Nguyen (no relation) called out Osius for wearing a communist red flag on his lapel, an affront to many who were forced to flee Vietnam after the fall of Saigon. Osius also apparently refused to be photographed with the South Vietnam Freedom Flag, which is yellow with horizontal red stripes, due to the diplomatic strain it could cause with communist leaders. And to add a scoach more contentiousness, Ngoc Minh Do, a local Vietnamese activist, was told by an event staffer that she needed to remove a lanyard featuring the U.S. and yellow flags, just to make sure there was no photobombing. “The Ambassador’s blatant disregard for the values of Vietnamese-Americans shows his lack of both leadership and courage,” Manh and Tam wrote to Obama. The backlash has since pivoted on who exactly told Do to lose the lanyard. At first many laid blame at the feet of San Jose Councilman Ash Kalra, who helped organize the event, but that turned out to be false. Sources have since confirmed the strident staffer is Jennie Ayap, who works in the office of Congressman Mike Honda. What makes the situation all the more perplexing—or hypocritical—is that Honda and colleague Rep. Zoe Lofgren fired off a letter to Secretary of State John Kerry after the event excoriating Osius’ actions. This could just be another example of Honda not knowing what his staffers are up to—he did, after all, blame his chief of staff for what’s now become a congressional ethics probe—or it could be part of a larger pattern of willful ignorance.

Below are images of the letter Honda and Lofgren sent: 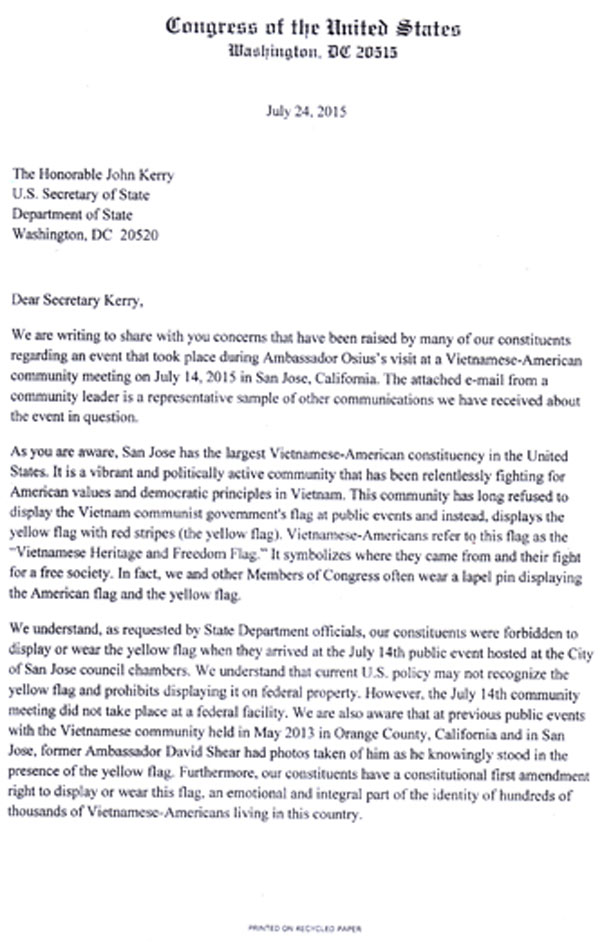 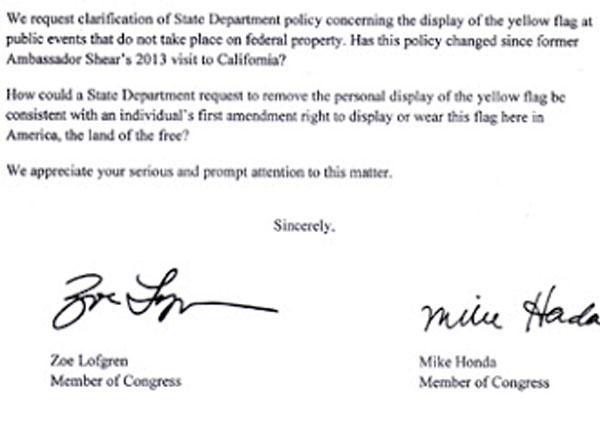