Rep. Mike Honda is a karaoke legend. He can go up-tempo; he can sing ballads. ¿Canta en Español? Claro que si. But, to date, Honda hasn’t sung his way out of a congressional ethics probe. The eight-term San Jose congressman is under investigation for bending the rules on using official House resources to support his past campaigns, as well as trading official access for campaign support. Now some of Honda’s supporters may be breaking the rules. A tipster passed on an email sent last month by Lori Ramos Ehrlich, chief operations officer (COO) of job training nonprofit ConXion to Community, inviting “friends” to a karaoke fundraiser “supporting our favorite Congressman, Mike Honda” at Mexico Lindo in San Jose. The email features a photo of the congressman with a microphone and requests donations of $50 to $250. “You don’t have to sing to support Mike,” Ehrlich writes, “but it sure will be fun watching you try!” While the missive apparently came from a personal email address, Ehrlich included her official work signature and contact info, and invited people to call her at work with any questions. The email also directs checks to the nonprofit’s address. Honda is an honorary ConXion board member. The problem with such an email is the IRS forbids nonprofits from supporting or opposing political candidates. Doing so could cost an organization its 501(c)3 tax-exempt status. Fly showed up at the Feb. 18 event to ask Ehrlich about the invite, but she ducked inside before we were told to leave the private event. It’s not clear how many more people arrived beyond the seven we counted. Weeks of phone calls to Ehrlich since the event have gone unreturned. The one time we did get her on the phone, she hung up immediately. Attempts to speak with ConXion's CEO Rose Amador LeBeau also went nowhere. An IRS spokesperson said the agency does not comment on specific incidents but pointed Fly to the policy for restrictions on nonprofits getting involved in political campaigns. Ehrlich’s email could constitute a violation, but that’s up to interpretation. Honda campaign manager Michael Beckendorf confirmed with Fly that Ehrlich hosted aan event for the congressman but wouldn’t comment on how much money was raised. 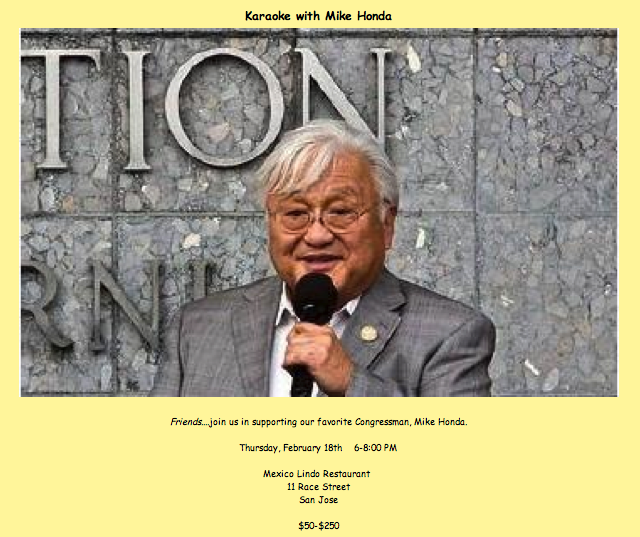 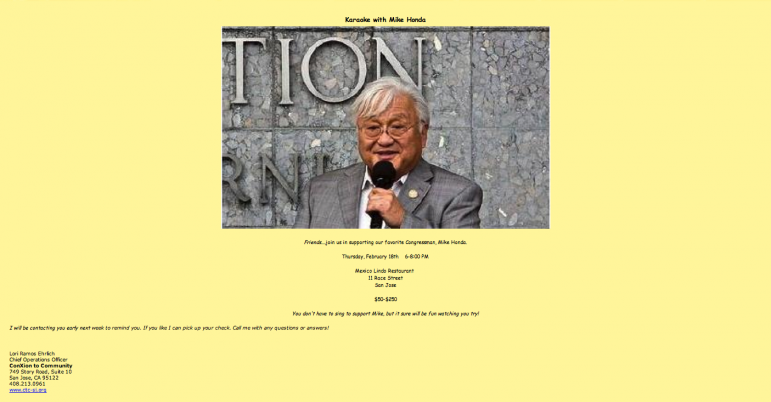