NIMBYs have come out in full force to oppose one of San Jose’s most inventive solutions for homelessness. At a series of recent neighborhood meetings, residents trotted out all manner of excuses to bar “tiny homes” from going up in their respective council districts.

But at a packed Monday night meeting in Councilman Sergio Jimenez’s district, which covers the city’s southeast corridor, things truly went off the rails. One woman groused about homeless people scaring away elks and owls, while another suggested herding the homeless back into “The Jungle,” the notorious encampment the city dismantled in 2014.

That same evening, a man warned that tiny homes would prompt homeless to get on their “Obama-phones” and lure fellow houseless folk to San Jose.

The vitriol then devolved into chants of “build a wall,” which Jimenez promptly called out as Trumpian divisiveness. With so many of the concerns veering into paranoia and absurdity, it was somewhat surprising to see the city react by shrinking the number of potential tiny home sites from 99 to only three. Jennifer Loving, head of Silicon Valley’s leading homeless housing nonprofit Destination: Home, came away from Monday’s fracas feeling more than a little dismayed.

“It was really tough,” she told Fly. “I’ve been doing this work for 20 years and this is a level of anger that I have not seen before. This is heartbreaking.”

The residents’ reaction made her think of how she and other advocates for the homeless could change their message to communicate the importance of building these kinds of shelters. “I believe homelessness is one of the most important civil rights issues in the Silicon Valley,” Loving said. “Obviously, we need to do a better job teaching people what it means to be homeless and how people become homeless.” 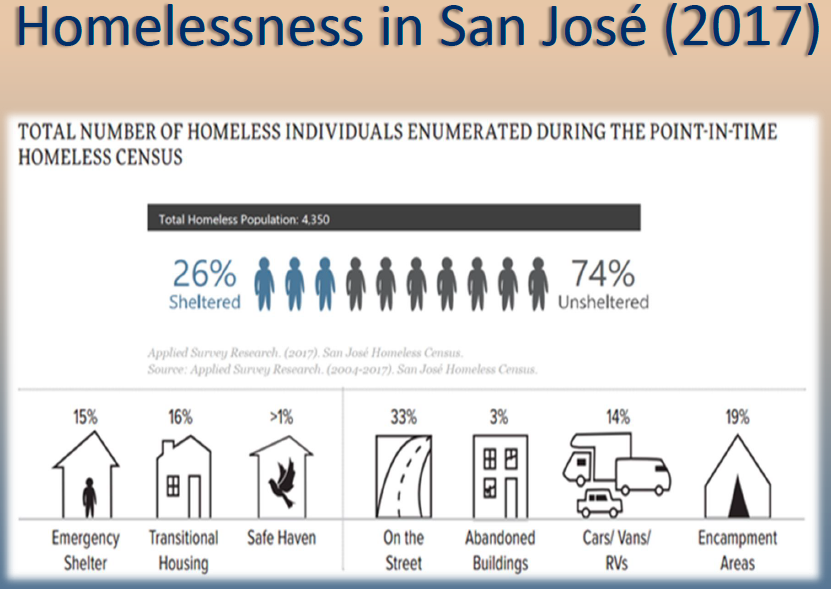