LaBouve lambasted the tiny city’s bureaucrats for “dragging their feet” on the city manager’s performance review at the end of the Sept. 1 meeting. 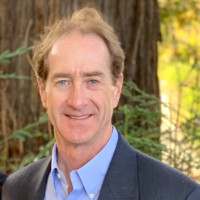 The now-ex-councilor—who was appointed in May 2019—then descended into a rage-filled tangent, calling City Attorney Sergio Ruden “green” and accusing City Manager Steve Leonardis of lying about the delays.

Mayor Pro Tempore Shawn Leuthold and Councilman Javed Ellahie said LaBouve’s actions were “inappropriate” and attempted to quell the fireworks, to no avail.

“I just wanted to say it is my great pleasure to resign from this council over the egregious behavior and decision making process,” LaBouve said in the end. “I have to say it has not been a pleasure for me serving with you whatsoever.”

Mayor Liz Lawler tried to get LaBouve to reconsider, according to text messages obtained by Fly through a public records request.

“Daniel, let me know if you want to talk tomorrow before things get finalized,” she wrote.

But the disgruntled ex-councilman was not at all interested.

LaBouve emailed his resignation letter to Deputy City Clerk Gloisy Gonzalez-Langarica and Leonardis the same evening, stating that he’d also be withdrawing his candidacy for the upcoming election.

But less than an hour later, LaBouve seemed to have a change of heart.

“Upon futher consideration, will continue with my candidacy for Monte Sereno City Council,” LaBouve wrote in an email to Leonardis and Gonzalez-Langarica.

Later that week Ellahie emailed Leuthold asking if they should appoint a new council member. Leuthold said it was perhaps not worth it with so few meetings left before election day, but hinted he’d like to find someone more aligned with his own views.

“Can you think of anyone who would be safe, not balance-of-power-shifting and potentially willing?” he asked.

Leuthold and LaBouve could not be reached by press time.