Milpitas is expected to fire its embattled City Manager Tom Williams, according to sources, and the decision could come as soon as Tuesday’s City Council meeting. The veteran bureaucrat, who has been on paid leave since May, has seen his record tarnished in recent years due to costly legal battles with subordinates and allegations that he misused taxpayer money.

According to Tuesday’s meeting agenda, the council will spend a portion of its closed session evaluating Williams’ performance.

If Williams manages to escape the axe, however, that doesn’t necessarily equal job security. A source close to the situation says the city manager is not expected to last on the job beyond the Aug. 15 council meeting. Police Chief Steve Pangelinan, who has been serving as interim city manager in his absence, will likely continue in that role until the council finds a permanent replacement.

Williams’ attorney, Claire Cochran, said her client expects the council to honor his right to due process.

“Mr. Williams expects that every consideration, both legal and in accordance with public policy, be given to any decisions made regarding his job status with the city of Milpitas, including all applicable rights to due process,” she told San Jose Inside in a prepared statement. “Mr. Williams requires his underlying agreement with the city be honored, as well as applicable terms of the city’s own policies regarding progressive discipline. In addition, Mr. Williams and his legal team will hold any decisions made by the City Council to the standards set forth in applicable law under the Fair Employment and Housing Act, specifically law regarding pre-textual termination and retaliatory discipline and/or demotion. Mr. Williams asks that dialogue take place between his [counsel] and the City Council, prior to any significant decisions regarding [his] ongoing employment.” 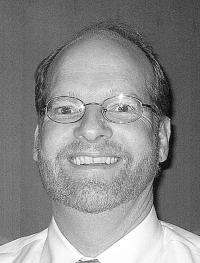 Williams stepped into the city manager role in 2006 as an “at will” employee. But in 2012, his elected bosses—led by then-Mayor Jose Esteves—bolstered his contract to require a “just cause” for termination. Councilman Armando Gomez cast the lone vote in opposition.

Even under the more generous terms of his new contract, however, Williams’ actions in recent months might have given the council grounds to sack him.

Earlier this year, the city manager dipped into public coffers to sue freshman Mayor Rich Tran for alleged harassment and age discrimination. Though he paid back the city the $37,000 spent on Ad Astra Law Group, Milpitas’ legal counsel Chris Diaz told Williams that the action broke the law. In a review of records, San Jose Inside learned that Williams charged another questionable legal expense two years prior.

In 2015, the city manager apparently hired another private law firm on the public dime for his personal benefit. In April of that year, Williams shelled out $19,999 to Danville-based Gagen, McCoy, McMahon & Koss to deal with a complaint filed against him by then-planning director Steve McHarris. The amount is significant in that it was a dollar below Williams’ contract signing authority at the time.

A month later, the council upped his contract authority to $100,000, well above the average of $63,000 for other South Bay cities, according to a report slated for discussion at Tuesday’s council session. That increase was supposed to be accompanied by quarterly reports on how Williams was spending city money, but those never commenced.

Councilman Bob Nuñez, who asked the city to conduct the multi-city survey of signing authorities, said he would rather reserve judgment for the time being.

“I’m not sure I have all the information yet,” he said. “There’s a lot more questions that the report brought up.”

Mayor Tran, who has been a vocal critic of Williams, said the lapse in monitoring the city manager’s contract authority is troubling.

“No matter who is city manager, signing authority should be strongly regulated,” he told San Jose Inside. “I’m starting to pick up what’s going on around here and will continue to work towards ensuring good business practices.”

The mayor declined to comment on Tuesday’s closed-session review of the city manager’s contract. Since returning from Guam on deployment for the National Guard in May, Tran has recused himself from closed-door meetings about Williams’ pending litigation.

“I don’t know what the rest of the council is discussing behind those doors,” he said, “but I do know that myself and the residents are waiting to find out.”

This article has been updated to include a statement from Williams’ attorney.