Willow Glen councilwoman Dev Davis celebrated the end of her primary re-election campaign with flautas, chips, guac and salsa from San Jose’s Las Cazuelas on the back deck, a platform with a staircase above the pool with multi-colored lights and a waterfall.

Despite what she called “election night jitters,” Davis, 41, warmed up to District 1 Councilman Chappie Jones with a quick hug and another embrace with San Jose Planning Commissioner Edesa Bitbadal and her daughter Sharokina Williams.

Though Davis took a commanding lead in the D6 race, with just 48 percent of the vote, she still falls below the simple majority threshold to win the race outright. That means she’ll be up against Green Party candidate Jake Tonkel in the fall.

Tonkel, a 29-year-old biotech engineer, kicked off his campaign by signing a tenant’s rights pledge and swearing off donations of $200 or more from developers, real estate and big business. He also refused to take anything from corporate or super PACs.

That makes his upstart candidacy all the more impressive.

Campaign finance reports show that Davis vastly out-raised her challengers, raking in $138,000 from business groups as well as the real estate and developer community. 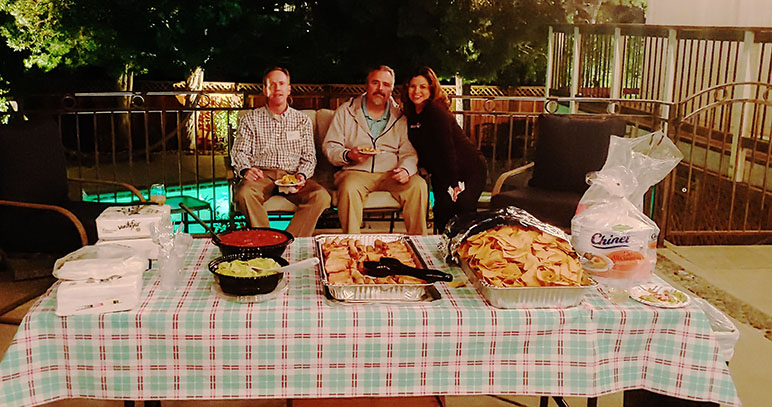 Guests of Davis lounged around a backyard pool at the D6 incumbent’s watch party. (Photo by Kyle Martin)