Santa Clara County’s Superior Court has gone through a number of major leadership changes in recent months. Last fall, the court’s chief executive, David H. Yamasaki, left for a similar job in Orange County. A month later, Rebecca Fleming traded her CEO gig in Stanislaus County to succeed him. Around the same time, the Hon. Patricia Lucas was appointed presiding judge and the Hon. Deborah Ryan assistant presiding judge for the 2017-18 term. The above-mentioned changing of the guard was duly documented in a series of press releases and a few news reports. However, a more recent staffing change involving a lesser-ranked but semi-visible court official has aroused suspicions. 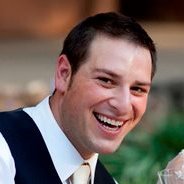 Joe Macaluso, the court’s generously compensated public information officer (he made $135,490 in 2015), left sometime in early February without fanfare or even a perfunctory email to reporters about whom to contact in his stead. Court General Counsel Lisa Herrick declined to say whether Macaluso resigned or was fired, but she did note that the court hasn’t yet decided whether it will even replace the loquacious flack. Handling media relations for the time being is one Benjamin Rada, a former musician and Stanford alumnus who worked his way up from clerk to secretary and, as of last month, to communications. Some observers are convinced Macaluso was sacked. Fly reached out to him for comment but didn’t hear back by press time. That’s to be expected, though. Macaluso rarely responded in a timely manner to media requests, and that’s according to reporters beyond just San Jose Inside. Long before Macaluso left, however, it appears other people were already doing his job for him. Rada has been handling court access requests from TV stations and photographers since last summer, and Herrick has been the more reliable point person for journalists for several months now. Given how evasive Macaluso was with local reporters, however, it’s likely his absence won’t be mourned by local journalists.