If C. Jeffrey Stanley ever decides to break away from the bail and bounty business, he should consider taking up party planning.

The Bad Boys Bail Bond boss and his wife Cynthia Stanley threw a campaign soirée Monday night at a posh Willow Glen estate that the couple rents out for more than $900 a night on Airbnb. The lavish festivity with no shortage of food, drink or cigars was headlined by some of Silicon Valley’s most prominent business-aligned candidates running for local, state and national office. 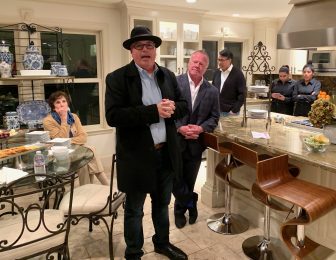 Leyba told Fly that his two kids have a big stake in the race since he promised to get them a cat and a dog if he’s victorious. That’s definitely an upgrade from the family’s current “pet”—a Roomba named Linty.

Another political aspirant making the rounds was none other than Stanley’s son-in-law, Justin Aguilera. The ex-Democrat who voted for Barack Obama in both 2008 and 2012 says he’s since flipped to red and now aims to unseat Congresswoman Zoe Lofgren (D-San Jose). 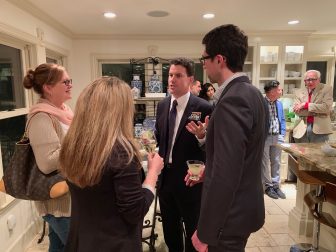 While Lofgren has been tapped for a key role in President Donald Trump’s impeachment trial, Aguilera and his father-in-law have a friendly relationship with the Trump clan.

Aguilera and Stanley say they were with 45’s eldest son Donald Trump, Jr. in 2018 when he gave Secret Service a scare by diving into a gator-infested swamp in the Bayou.

“DT’s a cool dude,” Aguilera says. “He’s a guy that’s not scared of anything.”