Police are still searching for a woman suspected of stabbing a Mercury News reporter at his Willow Glen home early Friday.

The victim, identified by colleagues as San Jose Sharks reporter Paul Gackle, was stabbed multiple times. The Merc, which did not name Gackle, reported that he was taken to the hospital with non-life threatening injuries. 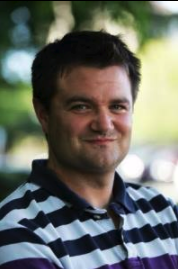 San Jose police responded at 2:20am Friday to the 800 block of Redbird Drive—near Almaden Expressway and Curtner Avenue—on reports of a stabbing. According to ABC7 News, the victim rents a standalone unit behind a home.

Neighbors said they heard a loud noise from the unit before 3am. Minutes later, the victim emerged from his rental unit to find help. One of his neighbors dialed 9-1-1. An ambulance took the victim away in a stretcher.

Though colleagues identified the victim as Gackle to San Jose Inside, San Jose Police Department spokesman Officer Albert Morales declined to disclose his identity until the suspect is caught.

Gackle has not returned a request for comment. Bud Geracie, executive sports editor for the Merc’s parent company, Bay Area News Group, echoed SJPD’s statement about withholding the name of the victim.

According to Gackle’s personal website, he “grew up in the newsroom” covering sports for his father’s paper, the McLean County Independent, in North Dakota. Before joining the Mercury News, Gackle reported on the San Francisco Giants, San Francisco 49ers and Oakland A’s as a columnist for the San Francisco Examiner. He runs a podcast called The Gackle Report with his brother, Patrick.