Much has been said about the new buildings and developments coming to downtown San Jose in the forthcoming years. As excited as I am about the Google development, it ignores the fact that buildings don’t make cities vibrant, people do. In other words, there’s no such thing as a bedroom community, just people who don’t go out.

Last week, I saw Bruno Major at The Ritz, a rising star who’s opening for Sam Smith. As expected, he drew a young Pitchfork crowd. The next night, the downtown streets were overflowing with an unprecedented number of young people, which I’m guessing was a mix of FanimeCon and recent SJSU graduates. But these sightings of young people having fun in DTSJ are unusual. 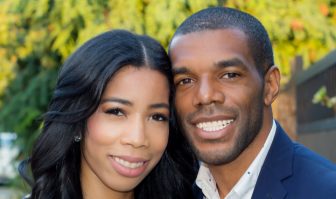 This city has done a poor job appeasing the young, hip people it claims it wants to attract. I live near San Pedro Square, and it’s very difficult to find food late at night. And although there’s often live music at the San Pedro Square Market, it’s invariably soft rock music that draws a 50-and-older crowd.

Given what happened with the Cactus Club and efforts by elected officials to prevent FUZ Bar and Grill from opening—allegedly because there are too many bars on First Street—I’m not convinced San Jose is a fan of adults under 40.

We already have the people and resources to have a vibrant downtown. We have great restaurants that sit empty during weekday nights. We have beautiful parks and amazing weather, but not the thousands of people hanging out on the weekend like Dolores Park or Lake Merritt. We have an intimate concert venue, but not the rising artists who young people want to see, like Saba or Marian Hill.

I’m not the type of person to complain without taking action. For my part, I’ve joined the board of the San Jose Downtown Association to provide the millennial perspective. I’ve established a relationship with the owner of the Ritz and volunteered to help him identify emerging talent. I’ve also created a Facebook group called the San Jose Social Club that highlights some of the best things to do in San Jose, including a monthly community picnic that I host at Arena Green East that I hope grows to hundreds or thousands.

But individuals can only do so much. Part of the change has to come from elected officials and business owners. For example, The Ritz is 21-and-up, which prevents most SJSU students and the rest of the region’s college-aged residents from enjoying a concert. We need brunch spots that play Migos and Travis Scott. And, oddly, San Pedro Square Market, SP2, and District close at 10pm on Thursday nights.

As divisive as it has become, I know the Google development in downtown will lead to a more vibrant San Jose. But we don’t have to wait seven years to shed the bedroom community moniker.

Jarrod Jenkins received his juris doctor and masters of public administration from the University of Georgia and works as a product policy associate manager at Facebook. Outside of work, he serves on the San Jose Downtown Association board, attends Echo Church and founded the San Jose Social Club. Opinions expressed in this article are the authors’ own and do not necessarily reflect those of San Jose Inside. Want to submit an op-ed? Email pitches to [email protected].