“It’s not because I’m conservative,” California Gov. Jerry Brown once quipped. “It’s because I’m cheap.” With the reports of historic lows in unemployment and record highs in the stock market, it is unconscionable that the governor suggest stuffing even more into the already bloated rainy day fund.

The U.S. Census Bureau reports that 20.4 percent of Californians live in poverty. That’s higher than the national average (14.7 percent) and the highest poverty rate in the nation.

California also has the highest child poverty rate in the nation. The wealthiest state in the wealthiest country in the world is also home to 25 percent of the country’s homeless. The governor is responding to this crisis by hoping the voters will approve a bond in November (Veterans and Affordable Housing Bond Act of 2018).

Brown’s “I’m cheap” claim seems at odds with his revised recommendation of a near-billion dollar increase the state Department of Corrections (DOC) budget. He recommends $12.1 billion compared to the $11.4 billion in the 2017-18 DOC budget. This while he projects “a decrease of 698 (inmates) and 1,259 parolees, respectively.”

Also, there will be a lot fewer people locked up if the legislature passes SB 10, The California Money Bail Reform Act (which they will have to pass in order to comply with the results of a lawsuit). The bill will end the unconstitutional money bail system in California that leaves tens of thousands of people languishing in jails each year before they are convicted of any crime simply because they cannot afford to get out of jail.

Brown is being true to his claim when it come to the poor.

The 2017-18 Health and Human Services budget was $161 billion and the governor is recommending $158.7 billion because record surpluses apparently must be built on the backs of the poor. It might serve the governor (or at least the state of California) to remember what Martin Luther King Jr.  said, “Whatever comes to you in a cheap way will vanish in a cheap way.” 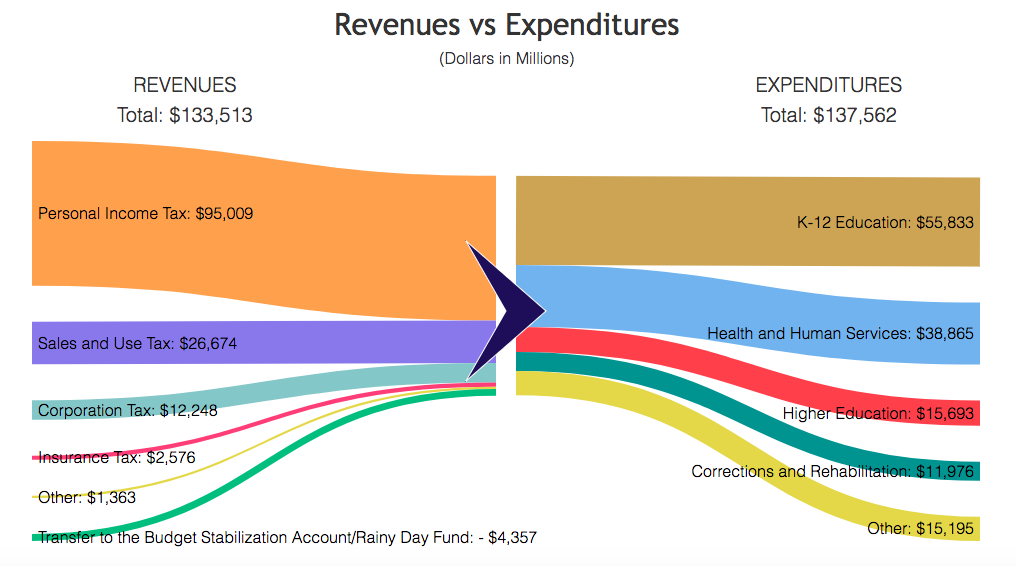 HHS Network, California Partnership, and CA4SSI are Hosting May Revise Budget actions across the state. We are calling on Brown renew his commitment to uphold the values of our state and communities.

We are calling on our representatives to end the unconstitutional money bail system in California Our diverse coalition of service providers, unions, nonprofits, and community based organizations are coming together in unity and solidarity calling for greater investment in California’s health and human services to strengthen the safety net for marginalized and low-income communities.

It is time for California to:

Jeff Green is a research and policy analyst for the California Partnership, an economic justice coalition of low-income residents and people of color. Opinions expressed in this article are the author’s own and do not necessarily reflect those of San Jose Inside. Want to submit an op-ed? Email pitches to [email protected].