Cupertino, which lies right in the heart of Silicon Valley, is known for its high-achieving public schools and great cultural diversity. But above all else, we unequivocally associate Cupertino with Apple Corporation, which has long called the city home.

It’s impossible to drive through the city without encountering a dozen Apple facilities, each conveniently numbered to emphasize their ubiquity. While we have long given great deference to one of the richest corporations in the world—Apple provides about 23,000 jobs based in this city alone—Cupertino must finally hold the tech giant to higher ethical and financial standards. 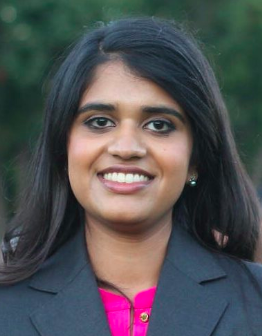 This Tuesday, the City Council will consider a ballot measure that would place a local employee headcount tax on companies that employ more than 100 employees. The tax would generate roughly $10 million a year and would affect a handful of businesses vis-à-vis a tiered levy, with only Apple falling within the highest bracket—thus sparing the 3,000-plus small businesses comprising the lifeblood of the city. While some may spin this as economic radicalism, 71 percent of Cupertinans are ready to back greater taxes on Apple, according to a survey commissioned by the city.

The reality is that along with job growth and economic prosperity, Apple’s ascendance has worsened traffic, upped living expenses and placed severe pressure on Cupertino’s aging infrastructure. Cupertino median home prices have reached an apex of  $2.3 million, a jump of more than $1 million from just five years ago, while traffic congestion in the Bay Area has gone up by 80 percent since 2008.

Meanwhile, Apple saw record profits of $20 billion for their most recent fiscal quarter, all while benefiting from publicly funded projects like roads, schools and the massive sales tax rebate the company enjoys from the city of Cupertino. The city continues to return 35 percent of total sales taxes collected back to one of the richest corporations in the world, a 30-year-old remnant from Apple’s early, financially precarious years.

Granted, we still need to tinker with the language of the ballot measure—for example, we need to specify an allocation for the funds generated by the proposed tax. But the intention is sound and the revenue sorely needed.

This is not about demonizing Apple, but rather expecting the company to be a good corporate citizen and responsible steward of its vast resources. We have become too complacent—like, say, when it comes to the rebates we provide or our tolerance of the company’s brazen tax avoidance that allowed it to stash away $250 billion overseas. The advent of Trump’s tax cuts and repatriation incentives has led to more money going back to Apple’s wealthiest investors instead of its workers or the community it calls home.

Our federal government has ultimately decided that the needs of big corporations far exceed those of ordinary people, yet Cupertino has a unique opportunity to do the right thing here. Luckily, Apple has expressed interest in working with the city to pursue a new headcount tax for the 2018 or 2019 ballot. Some are even hopeful that Apple could partner with the city on various civic projects that would be beneficial to all parties.

This still means that the city’s residents must be attentive and vocal during such a pivotal moment. The longer we wait, the more dire our city’s circumstances will become.

Tara Sreekrishnan is a candidate for Cupertino City Council. Opinions  are the author’s own and do not necessarily reflect those of San Jose Inside. Send op-ed pitches to [email protected].