Philip Bump’s ascension from suspected hatchet man to prodigious blogger and Tweeter has been an extraordinary rise over the last half-decade. On Monday, it was announced that Bump will be joining the Washington Post's daily political blog The Fix.

Oh, so here's some news: I'm starting a new gig at the Washington Post next month.

“We’re excited to announce that Philip Bump ​will be joining The Fix team,” the Post said in a press release. “Bump has written about politics and the environment at Grist and has contributed to The Daily Beast, The Atlantic, The Daily and Huffington Post.” 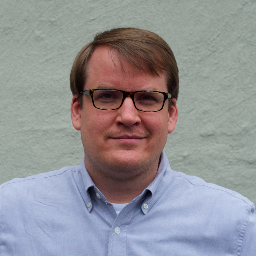 What the Post made no mention of is Bump’s connection to an anonymous political attack blog, San Jose Revealed, which is believed to have been sponsored by the South Bay Labor Council. A former political director for SBLC, Bump was reportedly an administrator for the site, which broke some meaningful stories in between publishing the home addresses of political opponents and their families—deputy DA David Pandoori, the daughter of former San Jose Mayor Tom McEnery—as well as aggressively attacking individuals’ appearance and personal lives. The home of one address published by San Jose Revealed was vandalized with a graffiti swastika shortly after the post went online.

The domain name for the site was not renewed last year, so San Jose Inside purchased the URL to link back to the story this site broke in 2009. Bump has steadfastly refused to comment on his connection to San Jose Revealed, but as one local columnist surmised, his writing style and the site's seemed to be a match.

As the Daily Caller noted in its story about the hire, Bump's articles are well-researched and the tone is often aggressive—something San Jose Inside can appreciate. And as one might expect, his opinions are decidedly progressive.

Big congrats to the Heritage Foundation on its successful Obamacare enrollment strategy. http://t.co/l7nDH0l0Ko

But a review of his work also shows that Bump not only cranks out a fair amount of columns; he’s also Tweeting like there’s no tomorrow. As of last check he had published more than 67,200 tweets. That’s insane—even if you love Twitter. (Note: How could anyone love Twitter?)

No tweet I've ever tweeted has been more undeservedly shunned by the public than that one. I weep for you all.

There was a belief early last year that Bump, who lives in New York City, had returned to Silicon Valley in a behind-the-curtain role with The Daily Fetch, an anonymous links blog. Right after the site’s ownership changed hands, the Fetch's tone and focus became far more slanted in favor of labor issues, and it began to aggressively attack SBLC opponents and some media outlets—including this one, at times.

To date, the identity of the Daily Fetch operators has not been reported, although a San Jose Inside story last year found that lobbyist/political consultant Dustin DeRollo was feeding the site information. DeRollo, who along with partner Tom Saggau is a consigliere to a variety of labor-friendly groups, denied any role in the site other than sending tips.

Bump’s breadth of work in recent years has been remarkable, so if he has been working with the Daily Fetch—media criticism is one of his sweet spots—it will be interesting to see if the site changes after he joins the Post officially on May 12.