It took vision in the 1980s to see a 21st Century city that would become 10th in the nation.  I remember those “pioneer” days in downtown San Jose.  The valley was booming, yet downtown had fallen behind. Imagine, no “Shark Tank”, no Convention Center.  The “old downtown” was almost a ghost town, yet a new vibrancy was evolving. I went to work for KNTV-11 and started living a downtown life.

In those days, everyone was just trying to figure out how to work together. Ray Rodriguez wanted to bring downtown’s struggling businesses together. He had a vision that was accomplished by his determination, charm, affable ways and grit.  He deserves to be acknowledged as the visionary who launched the San Jose Downtown Association.  When I became aware of how my friend Ray Rodridguez watched his founding legacy being erased, I felt someone had to set the record straight.

Here in Silicon Valley, unique respect is paid to founders, people who see an unmet need, come up with an original idea and overcome odds to create something lasting.  People like to be known as founders. Sergey Brin and Larry Page get more attention than Eric Schmidt. There will be more biographies about the two Steves than Tim Cook, even though he took Apple to be the world’s most valuable company.

Longtime SJDA executive director Scott Knies, who ably steered the SJDA to become a financially powerful institution and was recently named CEO, has not yet corrected the record that has incorrectly portrayed him as “the founder,” “founding leader,” “founding executive director,” “founding CEO” or the architect of the BID; truthfully, not one of these claims is accurate. Like Cook, Knies was an able steward of a proud legacy; however, unlike Mr. Cook, he forgot to thank those who “thought different” and drew the boundaries of one of the nation’s largest business improvement districts, a key decision that enabled SJDA’s future prosperity under his long tenure.

To set the record straight, when Mr. Knies  joined SJDA, it was already incorporated, Business Improvement District formation consultants had already been engaged, city funding had been approved, a dozen board meetings had been held and a diverse 23-member board representing the business community was hard at work.

SJDA brought together urban activists trying to shape a new city. Most of the 17 original directors at our first meeting were owners and operators of their own businesses. Three of the eight executive committee members were female, and three were under 30. Our vice president/co-founder was Latino, and treasurer Amy Nguyen,who owned Chez Croissant, was an immigrant from Vietnam.  I was the board secretary who signed the first minutes.

Those minutes show that in the fall of 1986, we established the first SJDA office on the 400 block of S. First Street and hired a part time administrator, Lisa Weber. We hired consultant Ed Astone to help us organize a Business Improvement District, a breakthrough that would fund downtown promotions for decades.

The board asked Metro’s Dan Pulcrano (see note below) to serve as the first executive director and CEO, unpaid. He did that for more than a year. Under his leadership, many things, including a promotional calendar that included Music in the Park was drawn up.  Ray and Dan negotiated and secured the significant startup budget of $650,000 in city funding. After that, we looked to hire an Executive Director.

In 1988, I remember our first talks with Scott Knies. He was running a business district in Alum Rock. He came on board during SJDA’s third year and oversaw the implementation of the detailed plan that the volunteer board and leadership had put into place.

While it has been years since I was active in the organization, I celebrate all that SJDA has done for downtown!  Literally, it took hundreds of people to make this happen.  We must remember that early on, it was the hard work and sacrifices of a volunteer board that created this “start-up.”

The current debate over the downtown association’s origins, I hope, ends the way it all started, with inclusion. As the proclaimed “Capital of Silicon Valley”, we need to lead the way for cities to recognize all their diversity and contributions. The future is looking to us to set an example.

Roger Sanford is Founder & CEO of Hcare Health, pbc and was a founding director and board officer of the San Jose Downtown Association. 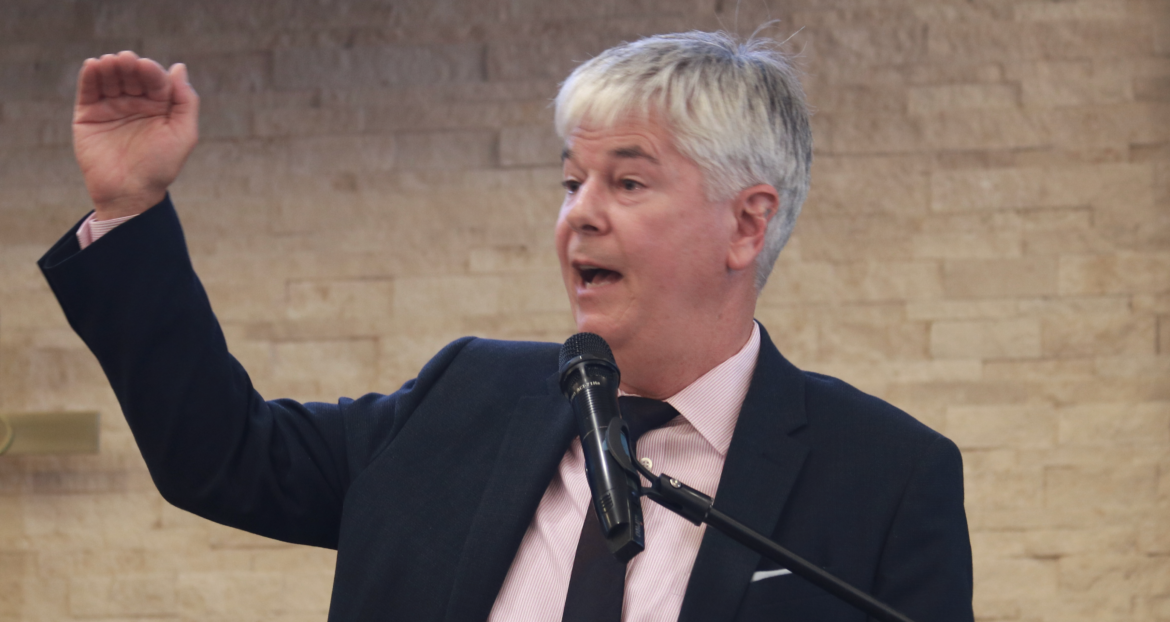 Scott Knies has been executive director of San Jose Downtown association since 1988, its third year, and was promoted to CEO in 2022.

Editor’s note: Dan Pulcrano is Executive Editor of the company that publishes San Jose Inside. He has been involved in the San Jose Downtown Association since its founding in various capacities, including board member and executive board member, as well as in the company that produces Music in the Park after its sale by SJDA.