Rep. Mike Honda (D-San Jose) is under fire after his legislative staff became a runaway train, transforming itself into a campaign squadron to fend off a 2014 election challenge by Ro Khanna.

A committee investigating matters that were first raised in a San Jose Inside report nearly a year ago concluded that there’s reason to believe that “Representative Honda and members of his congressional staff used official resources, including staff time, to benefit his campaign” and “improperly linked official activities to campaign or political support.” 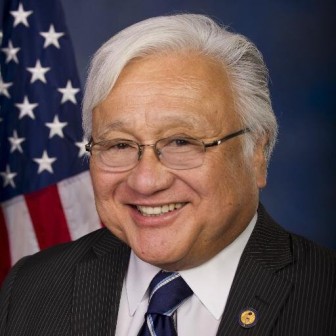 The congressional office had established Dropbox and Google Docs accounts. Control of the accounts—set up at public expense—was transferred to the re-election organization and became a back channel for the transfer of information from the team responsible for carrying out the public’s business to the one tasked with winning an election.

According to testimony in an Office of Congressional Ethics investigation, congressional staff also prepared issue-by-issue comparisons between Honda and Khanna that were used as talking points at fundraising events. Staffers collected business cards from constituents who contacted the office for help, then handed them off as donation prospect leads. They sought to parse ethics guidelines so that the solicitation of donations from constituents seeking help would not appear “transactional.”

Honda’s staff attempted to leverage a visa assist for a San Jose Sharks player into contributions from former San Jose Mayor Tom McEnery and other owners of the hockey team. “I know we’ve tried with them before to no avail but once again we’ve responded to Tom’s request," Meri Maben, Honda’s former district director, wrote in an email.“Please ask Tom to come to birthday event and bring Sharks people. Woman below appears to be one of the owners.”

Staff members appear to have been aware they were crossing the line into gray areas and sought to keep their communications out of view. On one particularly sensitive topic, Van der Heide instructed that information be sent to her 12-year-old daughter’s email address.

Congressional staff members played dual roles and volunteered their nights and weekends to help their boss get re-elected. One staff member said that, while voluntary, he feared that if he said no to Van der Heide’s request for unpaid work beyond his paid hours, “I would need to find a new job after that. So I could say no, but that meant that the job maybe wasn't necessarily for me.”

Weekday time was fair game as well. Officially convened business meetings could be transformed into campaign strategy talks simply by raising a coffee cup and invoking the coded phrase “coffee break” (wink, wink) to circumvent congressional ethics rules about not campaigning on the public’s dime. Current and former staff members have admitted that campaign strategy was discussed at official retreats.

For a week in April 2015, a team of investigators deposed witnesses, including the congressman himself, about the commingling of official and campaign duties, producing hundreds of pages of legal transcripts.

Two prospective witnesses refused to appear, and the committee recommended they be subpoenaed to appear as the investigation continues. Another three of the 12 witnesses whose testimony was included in the report refused to sign an acknowledgement of receipt of a copy of the Federal False Statements Act, violators of which can face jail terms. Two of the three refuseniks were Honda’s closest long-term political associates: Chief of Staff Van der Heide and former District Director Maben.

Coached by attorneys, who occasionally interjected, the witnesses’ answers are frequently variations of “I don’t know,” “I’m not sure” and “I can’t recall.”

The investigators analyzed emails and other electronic data and wrapped up the report on May 29. The committee’s conclusion, by a 6-0 vote announced last week: Investigate further.

The now-public report looks at four events where politics and official business may have been mixed: a State Department Roundtable at which Indo-American campaign donors were targeted; an Alameda Labor Council breakfast function; a League of Conservation Voter’s Victory Fund “Countdown to Election Day” reception; and a fundraising event at Dr. Pritpal Singh’s Milpitas home.

In a particularly egregious violation, Honda’s digital strategy director witnessed phone banking sheets being printed out at the congressional office.

In November 2014, voters in the district returned Honda to Congress by a slim 4-point margin.

Honda’s victory speech was anything but gracious. “Together, we sent a message that this election could not be bought by Super PACs and right-wing millionaires and billionaires,” he said.

What Honda appears to have left out is that, if his own team’s testimony is to be believed, taxpayer-funded employees engaging in prohibited activities were instrumental in enabling his return to Congress. Another stolen Silicon Valley election.

WHAT THE REPORT REVEALED