In November 2016, California—along with Nevada, Massachusetts and Maine—joined the likes of Washington, Oregon, Colorado and Alaska in fully legalizing the recreational use of pot. But that decision didn’t automatically erase convictions.

Proposition 64, which voters approved by a 57 percent majority that fall, went into effect at the start of 2018. In addition to allowing Californians to cultivate up to six plants for personal use, it reduced felony possession marijuana charges to misdemeanors and voided misdemeanor charges altogether. Under the law, those with convictions would have to petition the court to have those charges expunged.

That amelioration isn’t good enough for some.

The district attorneys in San Francisco, Sonoma and Alameda counties have already announced they will begin expunging these charges on their own accord. Some advocates hoped Santa Clara County would do the same, ridding the system of marijuana offenders without them having to seek relief from the court.

But South Bay officials have been lagging.

The Cannabis Alliance, a regional trade organization, is teaming up with groups such as the NAACP, the Santa Clara County Public Defender’s Office and San Jose State University to, as Kali-Rai puts it, “break through the inertia” that he and others have sensed at the DA’s office.

The coalition plans to announce a comprehensive effort a day before 4/20, the marijuana high holiday, hoping to hold expungement fairs, similar to ones held in the Los Angeles area. These fairs will coordinate volunteers to provide information to and give those with pot convictions legal assistance to get their records cleared.

Kali-Rai calls the situation a humanitarian issue, saying the DA’s office should look at all convictions “proactively.” Many of the people with marijuana convictions do not have the know-how to navigate the court system, he adds, saying the paperwork a person with a conviction needs to fill out “difficult at best.”

One of the biggest hurdles, however, is that Prop. 64 did not earmark tax money for public agencies to undertake an expungement effort.

Patrick Vanier, supervising deputy district attorney in Santa Clara County, says his office “hit the ground running [on] day one,” working with the public defender’s office to triage those with convictions by identifying people with weed charges. That effort, he says, involves contacting people affected by Prop. 64 and educating them on how to get their convictions expunged.

As for the effort being “humanitarian,” Vanier disputes such a notion.

“Justice is justice, whether it is social or criminal,” he says.

Not everybody with a marijuana conviction is eligible for expungement. Those who have pot charges attached to more serious crimes may not qualify. For instance, a pot charge attached to cases where murder, torture, mayhem or the possession of a destructive device are involved would not be able to have those charges wiped.

Marijuana transportation arrests frequently involve importing or exporting the drug out of state or child endangerment, Vanier says. Further, cultivation arrests often have an aspect of environmental crime—use of hazardous materials or theft of water, to name a couple examples—associated with them. Still, the local DA’s office is erring on the side of caution with such convictions.

Accordingly, the DA’s office has been “meticulously combing through” rap sheets and police reports to determine the specifics of each case. So far, Vanier says, the DA’s office has had 187 cases “come through the pipeline” and sent “around” 750 letters to people eligible for expungement.

Portman says his office has filed paperwork for people’s whose convictions go as far back as the late 1960s.

“When you imagine the number of people going back that many years, it’s a huge number,” he says. “The [people in custody who are eligible for expungement] is a very small piece of the puzzle or this problem.”

While he favors a more systematic, statewide approach, Portman says there is no certainty that will happen. His office, he says, remains open to a local approach. A statewide effort—a top-down approach—would perhaps be a more expedient remedy because of what Portman calls “efficiencies of scale.”

“We can either do this slowly over years or even decades or we can commit resources to this in a short amount of time,” he says. “A systemwide perspective it makes more sense to review all the old convictions in a shorter time.”

Although the DA’s office plans to unilaterally review each marijuana conviction, Vanier says it is “hard to put a timeline” on as to when that effort will be complete. That effort, since it is so time-consuming, however, could be costly, he adds.

Still, because no one interviewed for this story was able to quantify how many people in the county Prop. 64 would affect, it’s difficult to say how much it would cost the county.

William Armaline, director of the Human Rights Institute at San Jose State University, says the DA’s office has not been clear about their intent regarding proactive expungement. A coordinated effort to expunge convictions—preferably a top-down, state-level decree—is needed to “heal some of the harms done by the drug war,” he says.

Armaline could get his wish if AB 1793, proposed by Rob Bonta (D-Oakland) passes. The bill would mandate statewide expungement. 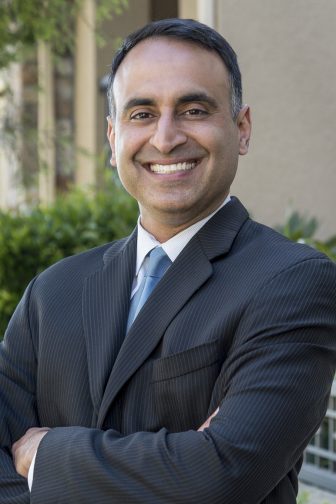 The current effort requires grassroots outreach, which is incredibly costly, Armaline says—a lesson he learned from trying to identify immigrants. He categorized expungement as a “human rights issue.” Anyway, he adds, even if you ignore the “human rights” aspect of expungement, getting people with marijuana convictions purged from the court system makes fiscal sense.

“We are spending money keeping these people on the books,” he says.

But Vanier says he is skeptical that purging convictions will alleviate pressure on the courts. Since weed is now legal, its sale is taxed. And, just as with anything, he says, some people will inevitably try to evade that tax, undercutting the market to turn a profit.

A “robust black market” has made growing pot attractive, and, the prevalence of information on the internet makes it relatively easy to learn, he adds.

Assemblyman Ash Kalra (D-San Jose) shares the sentiments of advocates of automatic expungement, saying it is incumbent on the government to remove obstacles for people. The issue is one of economic growth, he adds.

Eliminating those convictions will cause an influx of workers into the market, he says, bolstering the economy.

However, expunging pot convictions does not guarantee a clean slate for those with a record. Complicating matters are websites, such as Mugshots.com. Such sites post convictions, refusing to remove them—despite proof of expungement—unless the person with the conviction pays a fine, ensuring a high likelihood it is the first thing a potential employer sees when Googling their name.

Kalra says he agrees with those who see marijuana expungement as a social justice issue.

“For decades we have treated marijuana in a ‘tough on drugs’ sort of  mentality … we have locked up poor young men of color,” he says. “Social justice and criminal justice should be one and the same.”

Portman says people who believe they could be affected by Prop. 64 should call 408.299.7347. He offers to answer questions and even file the paperwork on their behalf.