Jonathan Snyder came back from Afghanistan in 2010 with crippling survivor’s guilt. The U.S. Army combat engineer struggled to relate, to share his experiences with friends and family back home.

“I thought of tattoos as a way to tell those stories,” says the 26-year-old, who was born in San Jose and raised in Gilroy. “So I got a soldier’s cross tattooed on my back.”

Snyder is one of 24 California veterans whose story is showcased in War Ink, an online multimedia exhibit launched today—Veterans Day—that features tattoos as an expression of memories difficult for ex-military men and women to discuss.

War Ink co-creator Jason Deitch, a former Army medic and military sociologist, says the project emerged out of a need to bridge the divide between veterans and their civilian communities.

“This is both an exhibit and a forum, using tattoos as a springboard for veterans to share their stories,” Deitch says.

Deitch spearheaded the exhibit with help from the Contra Costa County Library and San Jose’s library system. In talking to veterans over the years, Deitch realized that so many used tattoos as signposts to memorialize events, people and difficult experiences.

Deitch, too, went under the needle while transitioning back to civilian life after a decade in the Army. The tattoo on his right forearm shows a skeleton with its disembodied skull at its feet, encased in a coffin, surrounded by Latin text translating to, “Deformed from head to heel.”

The phrase, he told Metro, comes from the Roman Legion of the Republic. It refers to the way a legion draws strength from its diversity. A cohort of soldiers from Africa, Gaul, Spain and other far-flung corners of the Roman Republic is “deformed and misshapen” but strong together.

The jarring shift from combat to civilian life leaves many veterans feeling alienated, Deitch says. Tattoos are something they share in common with so many other people, a gateway to meaningful conversations.

“Every tattoo on my body tells a story,” says War Ink veteran Ron “Doc” Riviera, of Santa Cruz. “If people would just ask, they wouldn’t get a movie or a book, they would get the real thing.”

In the wake of the 9/11 terrorist attacks, more than 2.5 million men and women were deployed to Afghanistan and Iraq. More than 7,000 of them lost their lives. The ones who returned paid in other ways as they grappled with loss and mental anguish.

Every single veteran who participated in the project said war was nothing like they expected, that no training could have prepared them for the shock and loss of combat.

War Ink walks visitors through four chapters, told by video, text and images. The first chapter, “We Were You,” reminds guests of their life before the military. The second, “Changed Forever,” examines the real cost of war. In “Living Scars,” the focus becomes the physical and emotional wounds suffered by these veterans. The final chapter, “Living Not Surviving,” tells not only of the battles veterans face back home, but of their resilience in finding a new normal.

Here are some local veterans who participated in ‘War Ink.’ 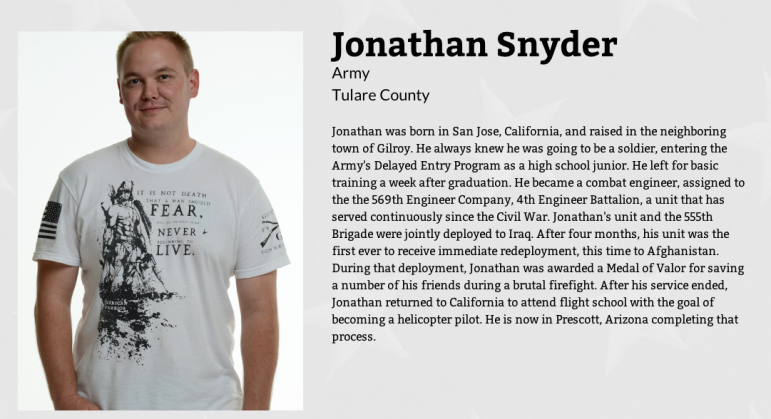 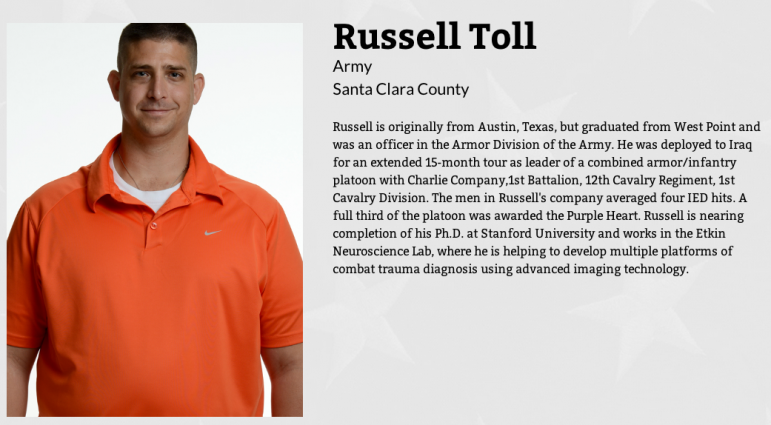 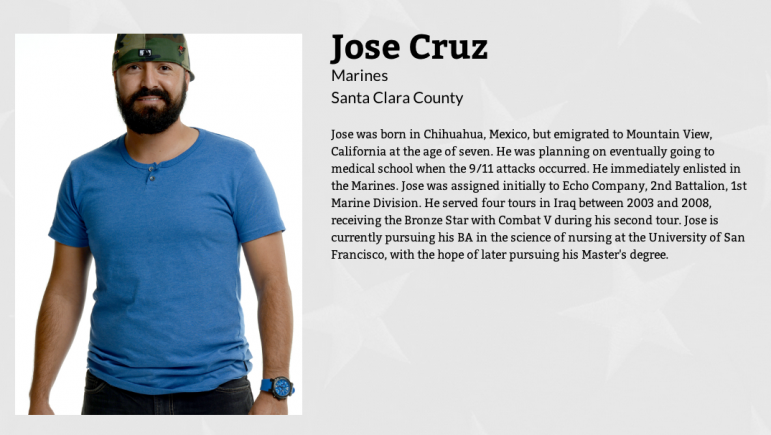 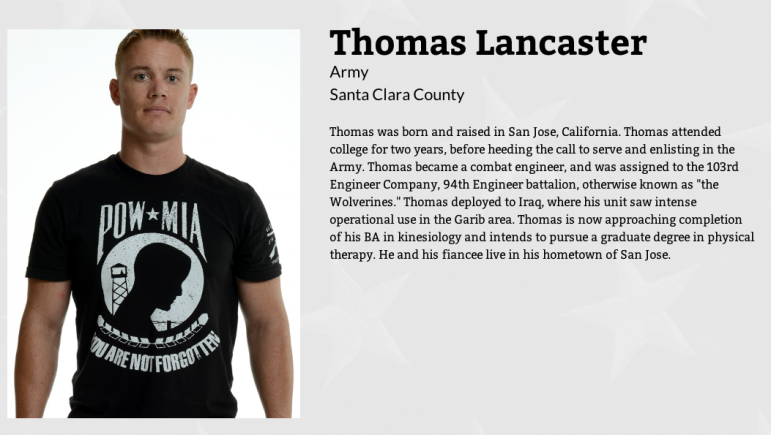