It was sometime around 6am Monday—several hours after Rodel and Erika Cruzet fell asleep watching movies on the couch—when the intruders crashed through the front door of the couple’s Willow Glen home.

Rodel, who’d migrated to the bedroom sometime around midnight, says he was roused by a resounding thunk and the sound of his wife’s bloodcurdling screams.

“I wasn’t sure what was going on at first,” Rodel, 31, says. “Sometimes my wife has nightmares, so she’ll scream in the middle of the night. But this was different. My wife screamed so hard—the pitch was so high and long—that I knew something was wrong.”

Then, Rodel says he heard the voices of two men.

“The only thing I thought was that I got to get my firearm,” Rodel recounts.

As he went down the hallway toward the gun safe, he says he saw from the corner of his eye that one of the intruders was holding his wife to the floor at gunpoint.

“I see these guys on my right side, but my gun’s on my left,” he says, “so I rushed into the other room, grabbed my gun, put my magazine in, cocked it … and at the same time, they’re yelling, ‘I got your girl! I got your girl!’”

The intruders busted through a solid wood front door to get into the house. (Photo courtesy of Rodel Cruzet)

Rodel says he was ready to fire his weapon but didn’t want to accidentally hit his wife. So, he charged into the room where his wife was pinned to the floor at gunpoint.

“I rushed them,” he says, “and they ran the opposite way, out the door.”

It was hard to describe the appearance of the intruders—except that they were Hispanic males whose faces were obscured with face coverings. But Rodel says the getaway car was caught on a next-door neighbor’s security camera. While footage is grainy, Rodel says it appears to be a dark-colored four-door Mercedes E-350, maybe with custom rims.

San Jose police are investigating the incident but have not put out a call for the public’s help identifying the suspects. SJPD spokesman Sgt. Enrique Garcia said that officers got a call about the incident at about 6:24am that day.

“Officers responded to a burglary-home invasion at a residence in the 600 block of Minnesota Avenue in San Jose,” he said. “Two suspects, one armed with a handgun, forced entry into the occupied residence and confronted the victims. The suspects fled the scene after one of the victims brandished a handgun at the suspects.”

The suspects are described as Latino men wearing black baseball hats and masks.

The Cruzets say they’re not sure what motivated the intruders to target them, but it might’ve  been the fact that they have nine French bulldogs, which fetch anywhere from $5,000 to $10,000 from buyers.

A grainy image of the intruders’ getaway car is the only lead the couple has.

Erika, 30, has been a professional breeder for the past few years, and while she’s normally very careful about vetting clients, she’s having second thoughts about inviting any prospective buyers to her house again.

“I don’t tell just anybody where I live,” Erika says. “I only give my address to clients who I’ve already been talking to and who can confirm that they’re coming, which makes me think that someone I had over was working with these guys.”

The couple has installed new security cameras and a steel screen door in the wake of the incident. Family members and friends have helped them pay for repairs. Erika, whose voice is still hoarse from screaming that Monday morning, says she’ll be seeing a therapist to work though the trauma of the home invasion.

Sgt. Garcia said that anyone with information should call Det. Daren Reinke in the SJPD Robbery Unit at 408.277.4166. As for those who wish to remain anonymous? They can reach out to Silicon Valley Crime Stoppers at 408.947.7867. 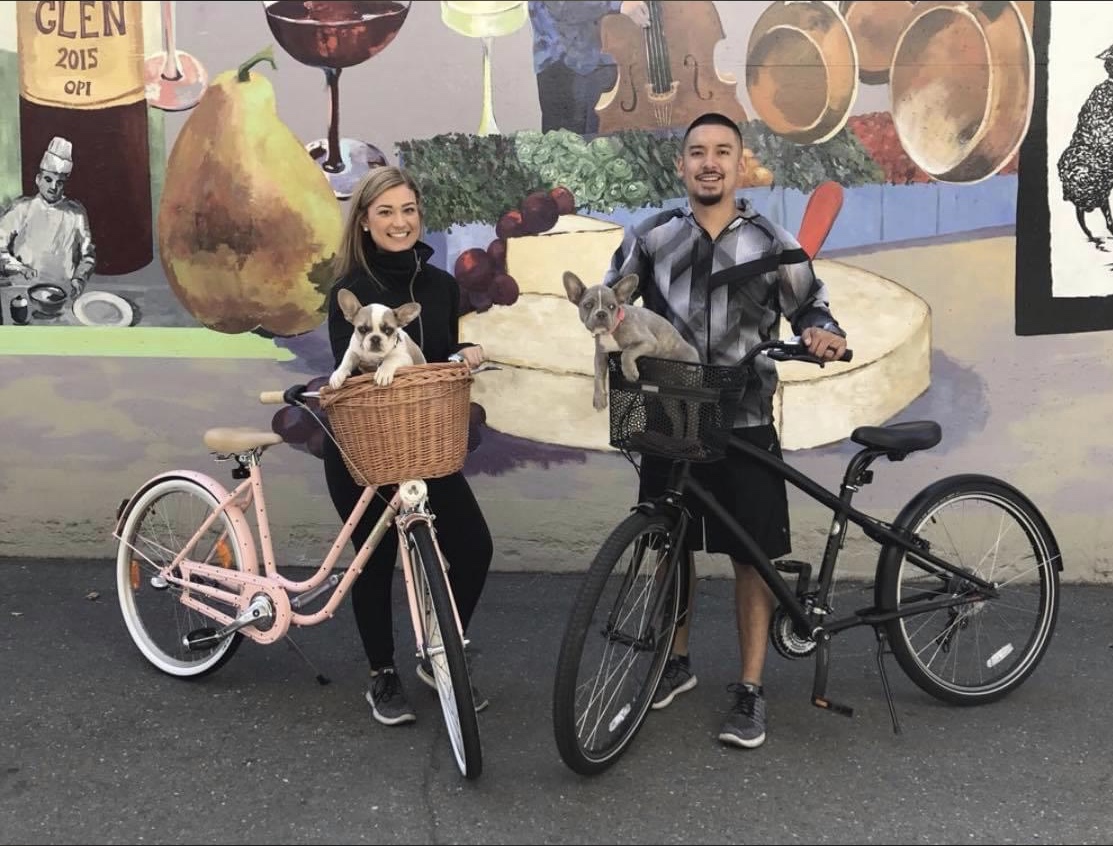 Erika and Rodel Cruzet say they’re shaken by the break-in, and hope the public can track down whoever did this to them.