In announcing the conclusion of a probe into how a racist campaign ad wound up on its political action committee’s website, the Silicon Valley Organization offered few details.

Leaders of the regional chamber of commerce—who convened a Tuesday morning press conference outside City Hall to relay the findings of a third-party investigator—refused to name the person, or people, responsible for the image and wouldn’t say how they were held accountable, or if they were at all.

They never explained what executive board member Kevin Surace meant when he said the hit piece stemmed from a “lack of communication and breakdown of the process.”

They failed to contextualize the issue by framing the photo as a one-off instead as part of a years-long pattern of racially charged political hits. They didn’t even release the actual report, which it plans to make public a couple weeks from now.

When Surace said the probe found no evidence of “specific intent to post racist material or to stoke racial divisions,” it became clear they also missed an important point. That is, when it comes to deep, persistent societal issues such as racism and any other form of discrimination, intent matters far less than impact.

In highlighting the finding that the people who posted the offending ad didn’t mean to offend, the SVO came off as insincere to many who’ve been calling for a reckoning at the 133-year-old business group. 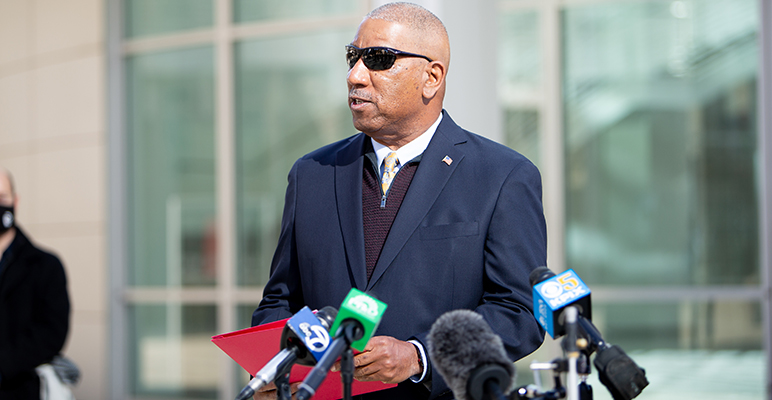 Glenn Perkins, the newly appointed SVO board president, said the advocacy organization will get back to basics: supporting small-to-medium-sized businesses. (Photo courtesy of Terry Downing)

A letter to SVO sent earlier this week by six community leaders, including Sacred Heart Community Services CEO Poncho Guevara and PACT’s Rev. Ray Montgomery, criticizes the organization for reacting “with defensiveness” to public backlash and “misleadingly calling it a symptom of ‘cancel culture.’”

Until the SVO commits to a “full and transparent examination of the pattern of racist decision-making” and the management, consultants, political donors and board members who enable it, the nonprofit leaders said they will decline invitations to join the organization’s diversity and inclusion task force.

The controversy ignited on Oct. 26, when Catholic Charities of Santa Clara County CEO Gregory Kepferle called out SVO’s political action committee for using a photo of Black men in what appears to be a cloud of smoke or tear gas to stoke fears about a council candidate’s call for less policing. Scores of nonprofits signed onto letters denouncing the SVO—not just for one ad, but for others that fear-mongered over housing density and crime and one that darkened a photo of Latina San Jose Councilwoman Sylvia Arenas.

The SVO promptly apologized. Its CEO, Matt Mahood—who said he had no knowledge of the ad until members pointed it out to him—was placed on leave, and then resigned. About 4 percent of SVO’s 1,200 member businesses and nonprofits cut ties with the organization. A consultant was hired to get to the bottom of things. 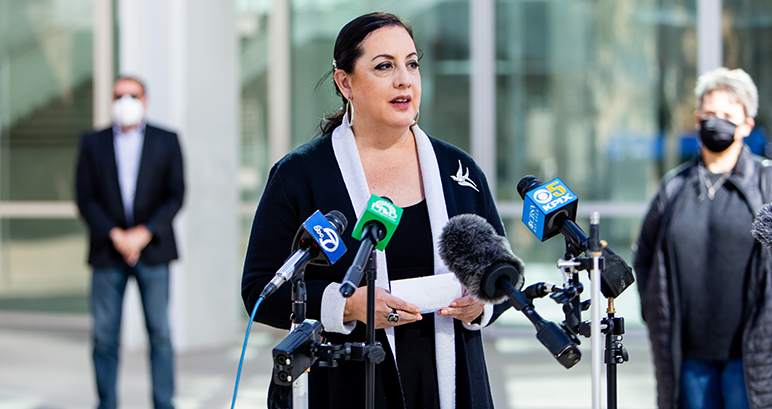 Entrepreneur Darlene Tenes said she volunteered to serve on a newly formed diversity and inclusion committee to help the SVO improve outreach to minority-run businesses. (Photo courtesy of Terry Downing)

Over the ensuing weeks, the SVO dismantled its PAC and launched a nationwide search for a new CEO. It named Glenn Perkins—the African American founder of Renaissance Executive Forums—as board chair, ordered sensitivity training for everyone on staff and began assembling a diversity committee.

Darlene Tenes, founder of events planning company Casa Q and one of volunteers on the SVO’s fledgling diversity and inclusion board, said the organization needs to make amends for “a long, long history” of racial insensitivity and exclusion of small-to-medium minority-owned businesses such as her own.

To that end, Surace, who’s been trying to woo back SVO members who quit because of the controversy, said the organization will double down on its core mission: to help businesses in Silicon Valley succeed.

The SVO, he said, will “step up efforts to do more with our community” and “over-perform to make up for what has happened and not just say, ‘the PAC is gone,’ but use this as a catalyst to engage the community.”