The report by consultants at Keyser-Marston Associates, which comes up for review at Tuesday’s City Council meeting, predicts that rents would have to ascend even higher to make residential tower construction profitable for investors.

In a study session last week, city officials learned that the average tenant would need to bear another 25 percent rent hike to make it economically feasible to build new high-rises. And according to a 38-page conceptual analysis by Keyser-Marston, estimated minimum profit targets for developers range from 10 to 15 percent of project costs. 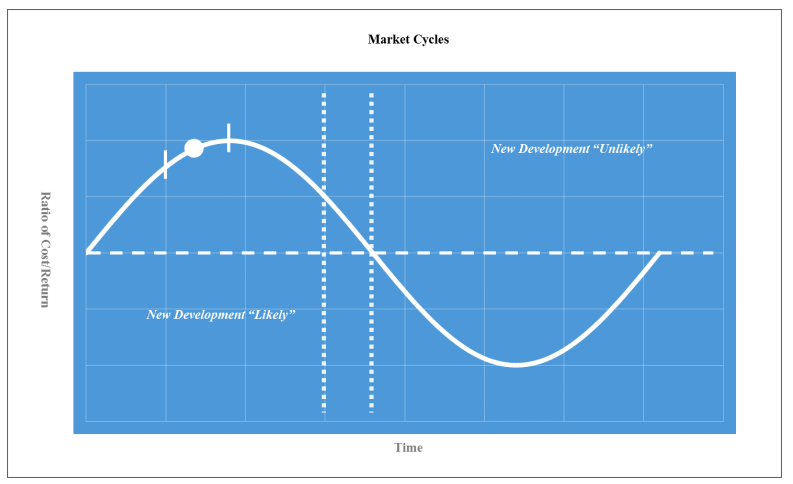 Responding to those findings, Mayor Sam Liccardo told the Mercury News last week that the city might need to slash developer fees to counteract market forces.

Economic Development Director Kim Walesh and Planning, Building and Code Enforcement Director Rosalynn Hughey prepared a memo for the council that outlines the aggregate impact of city fees on housing construction. Their analysis shows that while San Jose has one of the most robust real estate markets in the U.S., development in most parts of the city remains unlikely without extenuating circumstances such as long-term land ownership or self-financing with expectations of a return over a longer time period.

Though land and construction costs are comparable in neighboring cities, higher rents in Cupertino, Palo Alto and other job centers make them more attractive to new investment, according to Hughey and Walesh.

“These economic conditions favor development in neighboring cities because projects there will bring higher returns,” they write. “While speculative development remains unlikely in many parts of San Jose at this time, the economy is continuing to expand and create demand for housing. In the current economic climate, it’s unlikely that development and land costs will undergo a major reset sufficient enough to begin moving the ratio between cost and return back towards feasible development.” 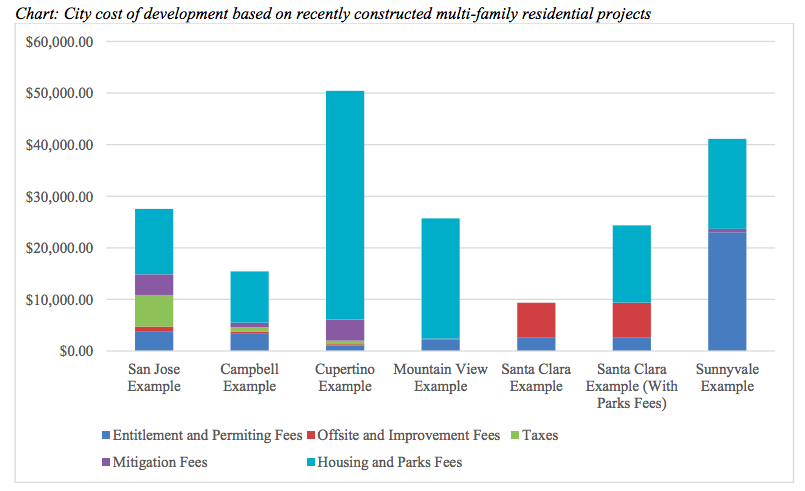 Higher rents or higher sales would be needed to offset rising construction costs, they conclude. But the only incentives the city can control, of course, are taxes and fees, which comprise 10 percent of the value of a typical housing unit in new market-rate projects.

In some cases, per Keyser-Marston, even eliminating all city fees would yield a negative return in some parts of San Jose. Only in the city’s West Valley area are residential projects considered economically viable, their report found. 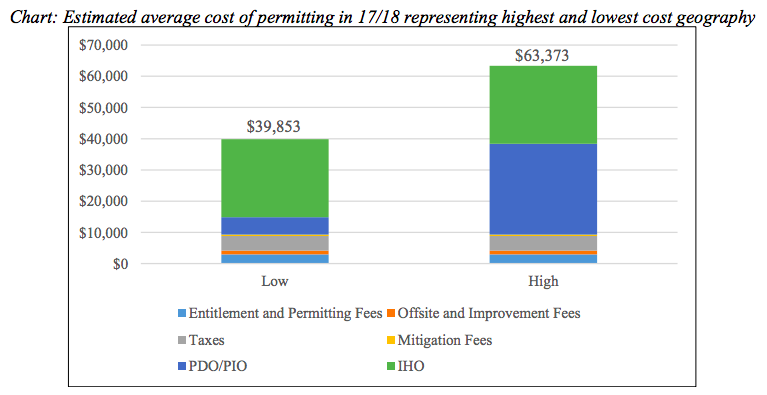 Park advocates and environmental groups express concern about the assessment potentially prompting the city to slash developer fees that fund open space. In a letter signed by the Committee for Green Foothills, Sierra Club and Audubon Society, advocates note that San Jose still has 51 underserved neighborhoods that are more than a third of a mile away from a park, trail or open space. Additionally, they note, the city has a $293 million backlog of parks-related infrastructure repairs.

“The staff report states that city fees and taxes have only a marginal impact on development feasibility, with the major drivers of feasibility being construction costs and available return,” they write. “Additionally, San Jose’s development costs are in line with surrounding cities. We believe that parks are as much an essential part of livable cities as police protection and road maintenance. San Jose needs to not only maintain, but [also] increase its current level of funding for parks in order to truly be a world-class city.”