We are drawing near the end of 2020 (thank God), and still wafting in the miasma of this stinking year is one small but not-to-be-forgotten atom of malodor. This year, 2020, was supposed to be the year that the Santa Clara County Office of Education (SCCOE) eliminated—or at least significantly narrowed—the achievement gap among students in San Jose. It was to be accomplished via a project called SJ2020, which was launched with much fanfare (and not a little expense) in 2009.

And here we are, late in the appointed year. But in spite of all the staff time and taxpayer money that went into SJ2020, county students have benefited not one whit. The most cursory glance at standard test results shows that the achievement gap among county students is as bad as ever.  And the SJ2020 initiative? It is long gone. The county Board of Education officially abandoned it several years ago.

So what the heck happened?

Well, as someone who was there at the outset, and who was caught up in the heady ambition of the whole thing, I’ve concluded this: As is so often the case with education “reform,” the adults happened. Once the grown-ups wreaked their various forms of havoc, SJ2020 never had a chance.

I was head of communications for the SCCOE at SJ2020’s outset. The progenitor of the initiative was then-Superintendent Charles Weis, who thought it outrageous that schools in San Jose—the supposed heart of Silicon Valley—were failing entire segments of their student population. For many years, the city’s vast population of Latino students, and their fewer Black peers, had lagged far behind their white and Asian counterparts in standardized testing.

Weis liked to say that the quest to eliminate this gap was the “civil rights issue of our generation.” This catch-phrase of his was cited in a New York Times story written by my former Mercury News colleague Phil Yost. Weis, with the partnership of then-Mayor Chuck Reed, held a big event to announce the initiative. Its simply stated goal: “Eliminate the achievement gap in San Jose by the year 2020.”

Although SCCOE does not directly control operations of the county’s 31 districts, it does exercise oversight—for example, of their budgets and education plans. Weis was a longtime well-respected education administrator known throughout the state, and with a $300 million budget, the SCCOE provided him a bully pulpit among the districts.

A venerable SCCOE director, Don Bolce, was tasked with running SJ2020. Staff devised evaluation metrics to track schools’ progress and effectiveness, created hundreds of pages of analyses, and wrote a comprehensive countywide Early Learning Master Plan that was to serve as the bedrock of SJ2020. We produced newsletters, staged events with the mayor and local district superintendents, and even produced glossy (and pricy) video interviews to promote the work. Schools that showed progress in meeting the metrics received “2020 Vision” awards.

There was a lot of enthusiasm at first, and hope. We dared to think, “We might actually make this happen. OK, if not completely close the gap, then at least make significant progress toward narrowing it.”

How naive we were.

In the beginning, the SCCOE’s seven-member board, to which the county superintendent reports, seemed fully behind Weis’ initiative. “It is a moral imperative,” pronounced Chairman Joseph Di Salvo at the time.

But at the same time the board, under Di Salvo’s fervent advocacy, was fostering a drastic increase in charter schools. In 2011, this was punctuated by their approval of an unprecedented, mind-boggling number of new charters, and for just one operator: 20 Rocketship Education schools.

This championing of charters created two fractures in SJ2020.

First, it alienated an essential partner: the school districts that stood to lose funding for every charter school that opened. “I think it’s absolutely correct that that fractured relations,” Di Salvo says in retrospect.

Second, it led to a deepening rift between the board and Weis. “They didn’t like the fact that the staff and I disagreed with all these charters,” Weis says. “The last straw was the Rocketships, which weren’t even legal.”

His treatment by some board members degraded from barely tolerant to overtly hostile, especially by longtime loose cannon Craig Mann. The relationship grew increasingly poisonous, and despite the pleas of staff, the board got rid of Weiss in 2012. 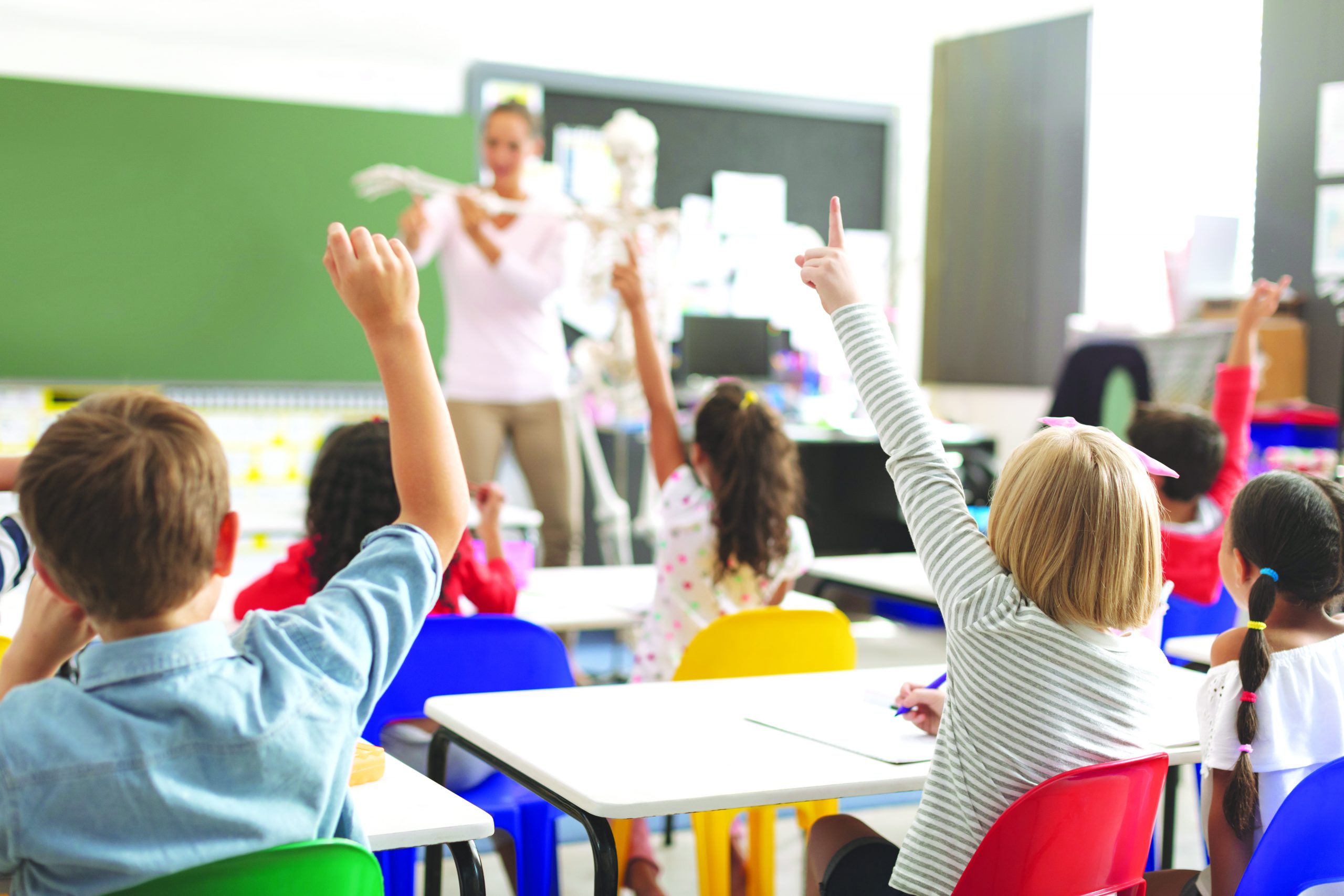 TIME OUT Despite the time and taxpayer money spent on launching SJ2020, the county's roadmap ending learning disparities by this year, those plans fell by the wayside.

Even so, the board and many staff (including me) expected that SJ2020 would continue unabated. The new superintendent, Xavier De La Torre, hired out of El Paso, brought what SJ2020 so far had lacked: a prominently featured Latino. Upon his arrival, the exuberant Di Salvo publicly pronounced him “a game-changer.”

But within weeks of De La Torre’s arrival, to the puzzlement of staff and partners, it became clear that he had no interest in the initiative. Zero. Staff was diverted to other projects. The newsletters and video productions stopped.

De La Torre blew off SJ2020 meetings that had been scheduled with Mayor Reed, without even bothering to cancel ahead of time.

In my bafflement, I asked De La Torre’s chief of staff, Toni Cordova, about this lack of interest, noting we had all this momentum, all this energy, all this support.

Why wasn’t Xavier on board?

She looked at me as one might look at an earnest but somewhat slow child. “Because,” she said, “it just isn’t his.”

In retrospect, I suppose this revelation should not have been a surprise to me. It certainly wasn’t to Bolce. Discussing De La Torre’s indifference to SJ2020, Bolce now harkens back to a controversial talk given by, of all people, Netflix CEO and charter advocate Reed Hastings. In the 2014 talk, Hastings deplored the transitory nature of leadership in traditional schools. “With a new superintendent,” Bolce says today, “It’s always, ‘We’re not going to keep doing the same thing.’”

Right. Because that would not be his, or hers. As Weis presciently said in the Times piece, “educators are notoriously bad at adopting others’ good ideas.”

Even so, the makeup of the SCCOE board had been fairly stable up to that point. They had the authority to impel De La Torre to adopt this good idea, and run with it.

Another group might have. But the COE board—like the Simpsons’ Chief Wiggum, as his necktie got caught in the hot dog rotisserie during an armed robbery at Kwik-E-Mart—had problems of their own. Let us count just a few:

All of this went on amidst endless squabbling among themselves, which continues even today. Di Salvo recently filed, then withdrew, a complaint in federal court against four fellow board members, saying they violated his rights because they censured him for gender-based harassment.

Despite their odds-defying string of distractions and debacles, board members took a breath long enough to agree that the unobliging De La Torre was in over his head, and began laying the groundwork to push him out.

Once hailed as a game-changer, within just a few months he became—as Di Salvo described him to some staff—a “dead man walking.”

(After being booted from SCCOE, De La Torre quickly got another $300,000-plus superintendent job, returning to El Paso. He made headlines there when he was suspended after allegedly head-butting another superintendent while drunk at a Whataburger restaurant.)

Another superintendent followed De La Torre, but he was soon gone, too—either fled or ousted, depending on whom one asks. Then the board hired its fifth superintendent in 10 years. In the meantime, with the achievement gap as gaping as ever, and SJ2020 a tattered flag put away in the hall closet, the board officially terminated it in 2016. (Di Salvo voted against the move. “I’m totally disappointed we dropped it,” he says.)

Today, at the denouement of the year 2020, I harken to the lesson plans from my single, less-than-stellar year as a seventh-grade English teacher. I ask, as I did after many a class reading: What conclusions can we draw from this story?

There’s a strong sentiment among leaders in education that placing well-qualified teachers in low-achieving schools is the single essential key to mitigating the achievement gap. But recruitment of promising young people to the field remains more challenging than ever. And of those who do enter the classroom, and get good at teaching, most gravitate away from the gap-ridden schools, where pay is low and the challenges many.

So, until we get to the point in America where good teachers are paid as well as, say, a president’s hair stylist, we must look to interim measures. It helps to have:

Once these are in place, informed strategies can play out in increments, over the long term, modified when adjustments are needed, and left alone when they are not.

We have to concede by now that this lurching from one branded initiative to another, no matter how well-intentioned, is a losing proposition. Past failures at reform litter the field of education like so many take-home papers fluttering from the backpack of a careless student.

When it comes to education leadership, it should not matter what’s his or hers. It’s so important to remember—and for some reason, apparently so easy to forget—that children’s education, and their futures, and their very lives are at stake in all this. The focus, always, needs to be on what’s theirs.

Larry F. Slonaker is a former education reporter at the San Jose Mercury News, and a former public school teacher.