The Silicon Valley NAACP has called on the union representing Santa Clara County sheriff deputies to oust its leader for being involved with a group of officers who exchanged racist text messages.

In a letter released just before a scheduled Feb. 12 debate between Sheriff Laurie Smith and the five people running against her, NAACP chapter head Rev. Jethroe Moore accused Deputy Sheriffs’ Association President Don Morrissey of sending racist messages and defending others who sent disparaging remarks about black people and other minorities. Moore also urged the union release the texts, which number in the hundreds.

“It is outrageous that a man of such low character is allowed to lead a distinguished law enforcement union in this county,” wrote Moore, who supports Smith’s re-election. “Mr. Morrissey did not simply offend African Americans in his texts—in a sworn deposition he admitted to using the word ‘gooks’ to describe Asian Americans, as well. The depths of depravity this man has shown in his words and actions show clearly he not only doesn't belong at the head of a union, he belongs nowhere near a gun and a badge.” 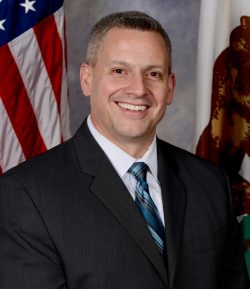 But according to the union—which is backing Smith’s chief opponent, former Undersheriff John Hirokawa—there’s no evidence that Morrissey texted a racist slur against Vietnamese people, as Moore claimed. Though the DSA president admitted that he responded to the bigoted message thread in 2015, he denied using any racist language. An independent review eventually cleared him of wrongdoing, the union noted.

“President Morrissey was investigated by an independent law firm, hired by the county, whose principal investigator was a former chief of police of Oakland PD and an African American,” DSA Vice President Roger Winslow wrote in a missive responding to Moore’s. “That investigator, who found others had sent racist text messages, was the same that exonerated Mr. Morrissey of that very issue. What is conveniently left out is that Mr. Morrissey spoke with multiple people warning them to stop their offensive behavior, after which he found himself the target of ridicule and bullying.”

Still, Morrissey was demoted from sergeant to deputy for failing to stop his colleagues from texting hateful remarks and pictures of swastikas and Ku Klux Klan members in peaked white hoods, according to the Mercury News.

Stepping down a rank came with a 15 percent pay cut and means Morrissey will have to retire with a smaller pension for failing to report misconduct. He’s appealing the demotion and expects the arbitrator’s decision any day now.

The DSA sent Moore a cease-and-desist notice just hours before a candidate forum organized by the local NAACP chapter. Smith, who’s running for a sixth term, sat alongside against Hirokawa and her other challengers at Independence High School Monday night: Deputy Joseph LaJeunesse, Martin Monica, Joe Lopez and Jose Salcido.

Copies of an article about Morrissey’s pending arbitration were circulated among the audience while the sheriff, from the dais, emphasized that she has no tolerance for racism, misogyny or any hate crimes.

“For that reason, we’re taking a very, very firm stance on our deputies,” Smith said.

Hirokawa said that if he’s elected sheriff, he would conduct an evaluation of every rank to make sure people are being treated based upon merit instead of favoritism or retaliation.

“This really is a question about changing culture. It starts with leadership, training, hiring,” the retired undersheriff said. “Without the proper leadership that doesn’t show compassionate understanding and work ethic—that rules with fear—how does that resonate to the workforce?”

“I’ve heard the word ‘fear’ used so many times,” she said. “I hold people accountable. … It’s the people who are not doing the right things every day that may have fear that they’re going to face some kind of discipline. Because I have no tolerance for misconduct at all, especially racist, misogynistic and especially the hate that sometimes we see.”

However, Smith said she believes that most of her officers are honorable.

“Those who do the job every day—and I think 99.9 percent of our organization is wonderful, they do the right thing every day and I’m proud to lead them—it’s the others that do not belong in law enforcement, should never have been hired to law enforcement, that really our changes are impacting right now,” she said. “And we will continue to make that progress and continue to do the right thing to make sure that we have a workforce that represents the community, and is sensitive to the needs.” 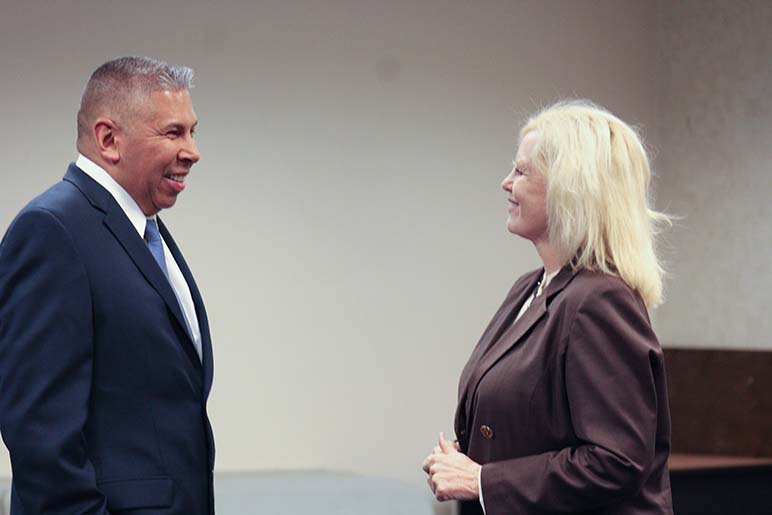 Joe LaJeunesse and Sheriff Laurie Smith chat it up before the candidate forum. (Photo by Kristin Lam) 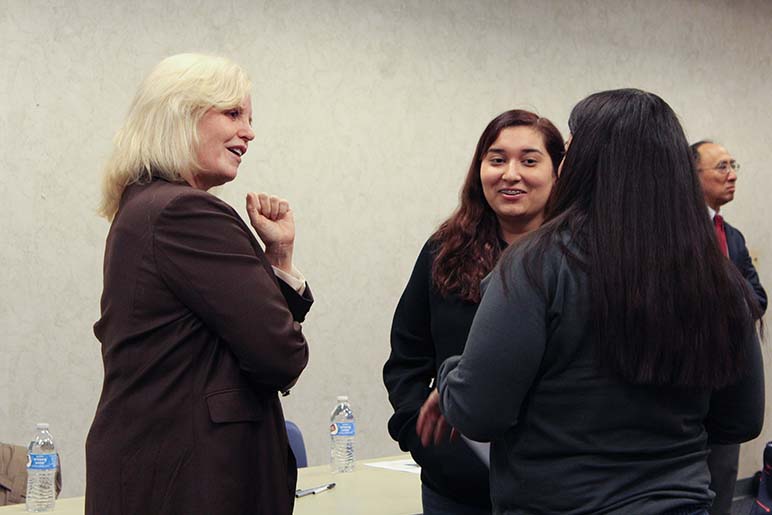 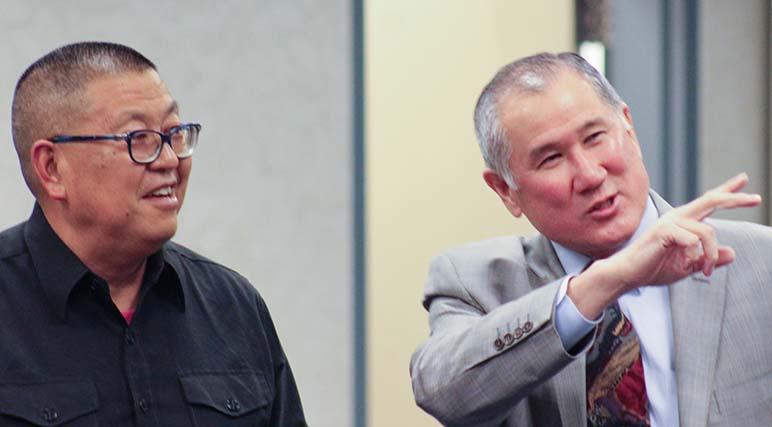 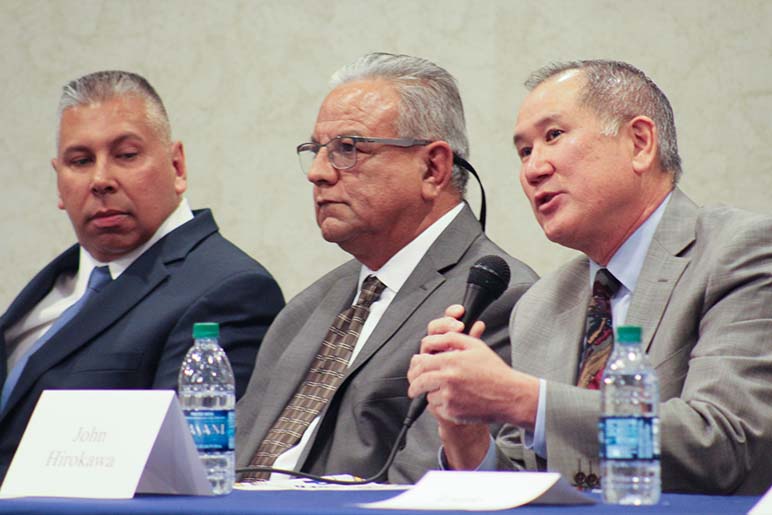 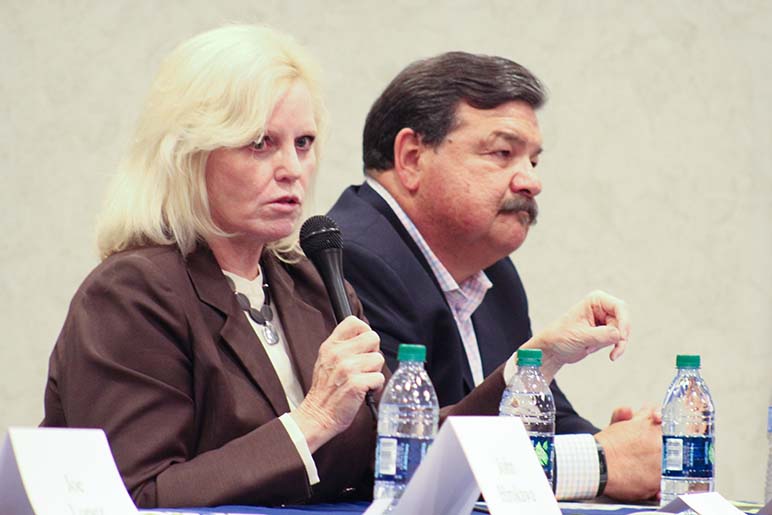 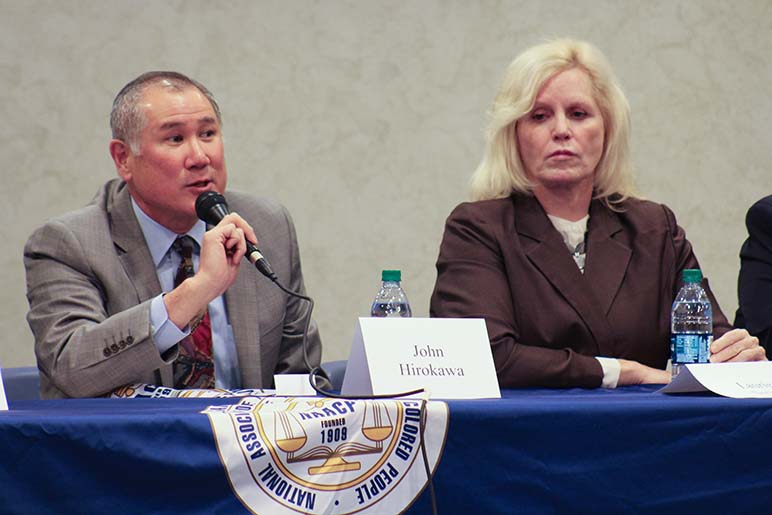 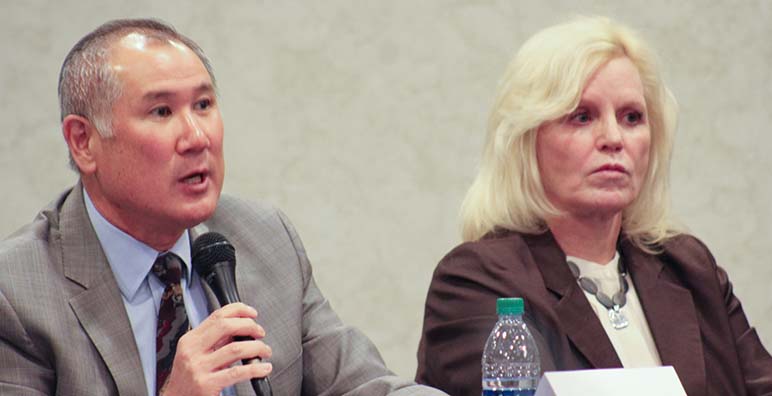 Sheriff Laurie Smith appeared on a NAACP-sponsored panel with her challengers in the June 5 primary—just hours after the DSA accused NAACP chapter president of libel. (Photo by Jennifer Wadsworth)