Like many patients diagnosed with schizophrenia, Walter Roches refused to take his psych medication. After several days without treatment, the 33-year-old inmate at San Jose’s Main Jail stopped showering. During routine cell checks, officials say, he would sometimes erupt in anger.

The night of Sept. 21, Roches sat on the edge of his bed, catatonic. In this frame of mind, officials say, he “refused to cooperate” during a routine cell check and began banging his fists on the door. Correctional deputies told him to step out of his cell so they could move him to the eighth-floor mental health ward of the jail. Authorities say that in the throes of his psychosis, Roches ignored them.

“For the safety of the inmate,” jailors resorted to force. In two bursts of “Clear Out” pepper spray, they filled Roches’ cell with the chemical sting. Then they leveled a FN-303 riot gun through the cell door food port and—from about six to eight feet away—peppered his torso with plastic-cased metal bullets. Each shot, a minute apart.

By 11:24pm, Roches complied and relocated. A day later, jail staff interviewed him and moved him again. A week later, he died in his cell. A deputy found him with a bloody froth bubbling out of his mouth. His death came shorty after the fatal beating of another mentally ill inmate, Michael Tyree, and marked the third fatality at the Main Jail in a span of as many weeks.

Medical examiners found Roches’ body covered in bruising and scrapes on his chest and belly. An autopsy found “no definitive cause of death,” despite head trauma and other injuries from his forceful encounter with the guards. 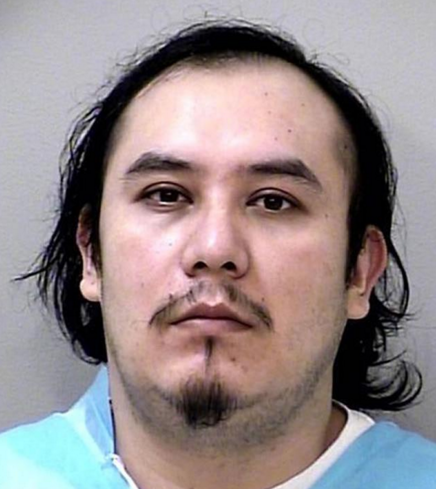 According to Santa Clara County jail officials, the cell extraction followed protocol: six officers, video surveillance and a by-the-book escalation of force. But Sheriff Laurie Smith refused to release the video. More frustrating to inmate advocates who had kept a close eye on the jail in the wake of high-profile inmate deaths last fall, she also refused to release the use-of-force and cell extraction policies.

“That made no sense to me,” says Pablo Gaxiola, 39, a former inmate who spent a total of 13 years since childhood behind bars. “That needs to be an open book, so people know their rights.”

It wasn’t until December, under mounting public pressure and a string of other high-profile use-of-force incidents and lawsuits, that the sheriff opened those policies up for review for the first time in the agency’s history. Here’s a look at the cell extraction policy. And here’s a copy of the use-of-force guidelines.

The Blue Ribbon Commission on Custody Evaluations, a citizen advisory group formed in response to Tyree’s killing, became the first to review them. The sheriff then hired Lexipol, a national consulting firm, to analyze the language and suggest revisions to what’s arguably the correctional agency’s single most important policy.

“We’re still in the very early stages of review,” sheriff’s spokesman Sgt. James Jensen says. “I can’t tell you much about it at this point.”

While the sheriff’s office appears to be dragging its feet, reacting to a slew of crises, the region’s other major law enforcement agency has learned from past mistakes and taken a more proactive approach. The San Jose Police Department, which has had its own issues with use-of-force incidents, recently adopted a no-chokehold policy.

Banning chokeholds from the duty manual was a gesture of good faith more than anything, as the department never allowed the technique anyway and will still allow it in life-or-death situations. But since Eric Garner’s death at the hands of a New York police officer in 2014, chokeholds have drawn intense scrutiny. Former Independent Police Auditor LaDoris Cordell recommended the change; newly appointed interim Chief Eddie Garcia obliged.

In 2014, when San Jose police quietly acquired a drone for its bomb squad, it incited outrage from a public critical of government surveillance and a lack of transparency. But SJPD learned a lesson for its body camera program, which has been an open, collaborative process from the beginning. Community members have weighed in at public meetings and online surveys, while patrol officers shared their feedback in an executive report out late last month.

“We started this project pre-Ferguson, before the national discussion of police reform really took off,” says Lt. Ell Washburn, who’s leading the body camera program, which formally launches later this year. “I think that those incidents—in Ferguson, Baltimore and New York—speak to the value of cameras. It demonstrates to officers and the public that we at the police department are interested in community trust.”

The force used to remove Roches from his cell may have followed the rules, but experts say the policy itself is outdated and fails to address the needs of a burgeoning mentally ill population. Jail force policies without a specific plan for dealing with psychiatric patients leaves the door open for abuse, according to a 2015 report by the Human Rights Watch.

Kelly Knapp, an attorney with the nonprofit Prison Law Office, which has sued the county over its jail conditions, credits the county with making an effort to improve transparency and accountability.

“The conditions in the largest county jails began to look a lot like the prisons we worked with for many years,” Knapp explains.

The public interest law firm asked nine of the state’s most populated counties to share their use-of-force policies. Santa Clara County was the only one to deny the petition. According to the Sheriff’s Office, disclosing the policy would imperil jailors, particularly the guidelines on forcefully removing inmates from their cells.

“It didn’t make sense to us,” Knapp says. “We didn’t understand the specific security risk in disclosing general policies. It’s not like it would disclose an escape route.”

Knapp and her colleagues were not yet focused on San Jose’s Main Jail. But the county’s initial lack of transparency raised a red flag, which prompted them to double down on the inquiry. In November, they filed a class-action lawsuit against the county challenging its use of solitary confinement and violence. The suit, whose lead plaintiffs are inmates Brian Chavez and Brandon Bracamonte, claims that guards are too quick to resort to force and isolation on inmates, and that the jails routinely fail to provide adequate healthcare.

“The county has cooperated and offered to settle with us,” Knapp says. “But there’s more work to be done. We want to see that force is used only when absolutely necessary, that the county is required to de-escalate, that they document each incident and that officers are held accountable for misconduct. We want to make sure that people are no longer at unreasonable risk of injury and death. We want to make sure people are not locked in their cells for months and years in such a way that their psychiatric symptoms deteriorate.”

Amy Le, a local correctional officer and member of the blue ribbon jails commission, said jailors want to modernize force policies as much as anyone.

“Our correctional officers have one of the toughest jobs in the state,” says Le, who spent the past 25 years working inside jails. “Every day, they face danger while carrying out their duties, with arrestees under the influence or in a psychotic state, or gang members who would not think twice about attacking an officer. But use-of-force and other policies and training have failed to keep up with the demands of the job.”

According to the Human Rights Watch, misuse of force against inmates with mental health problems may be on the rise. Partly, the nonprofit concludes, because of the issues raised by Le: deficient mental health treatment in jails, inadequate policies and training and a lack of accountability.

Changes from the state level will require a higher standard of transparency moving forward. In December, California Attorney General Kamala Harris announced new reporting guidelines for law enforcement use-of-force incidents. The data reported will get published in a Department of Justice database, which would give the public a first-ever look at national use-of-force statistics. Currently, there is no national data on prevalence of staff use-of-force in the country’s 5,000-plus jails.

The DOJ database—available via the attorney general’s OpenJustice Dashboard and Data Portal starting in 2017—will include statistics on in-custody deaths, arrest rates as well as police officers killed and assaulted.

Even with new state standards and after the local policy gets modernized, however, it would mean nothing unless the county also bolstered accountability and oversight, says Raj Jayadev, head of civil rights nonprofit Silicon Valley De-Bug. While an agency’s policies are emblematic of underlying organizational culture, he says, not nearly as much as its practices and unwritten codes of silence.

“The written policy is the baseline,” he says. “Making sure that it’s rational, legal and aimed toward safety is the bare minimum. But there’s this whole conversation beyond that, which is whether correctional officers are abiding by the limitations of their own policies. If they’re not, are those moments being captured? Is there enough accountability when they cross the line?”