The Santa Clara County Medical Examiner-Coroner seeks the public’s help identifying a homeless man found dead last fall in Milpitas. Despite forensic tests, the man’s remains are a mystery even all these months later.

Authorities say they found the body the morning of Sept. 29, 2018, on the 1200 block of Piedmont Road in Milpitas. They deemed the manner and cause of death natural.

County officials described the man as having medium-length straight gray hair and same-hued beard. He had hazel eyes, weight in at a frail 115 pounds and appears to be either Latino or of Middle Eastern descent and between the ages of 55 and 70.

An artist’s sketch was released to assist in identifying the man. Officials urged anyone with pertinent information to reach out to the Medical Examiner-Coroner’s Investigation Unit at 408.793.1900, ext. 3. 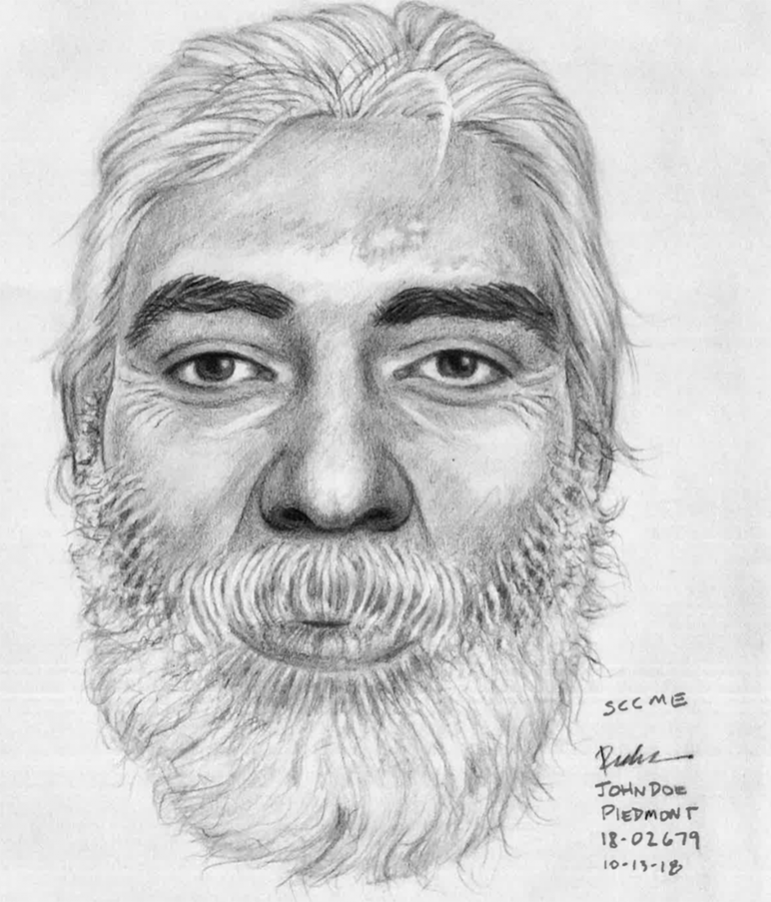