A woman accused of ramming an SUV into a throng of demonstrators in San Jose has been booked into Elmwood Correctional Facility on suspicion of attempted murder. 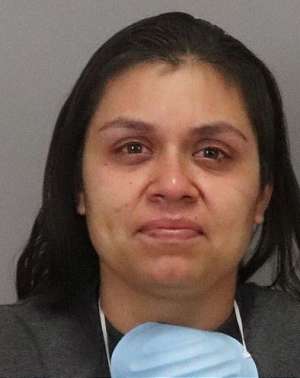 Police say that at 9:06pm Friday, 26-year-old Bianca Orozco plowed a gray Dodge Durango through a crowd at Sixth and Santa Clara streets. The gathering was part of a daylong protest against the death of George Floyd—an unarmed black man killed this week by Minneapolis police Officer Derek Chauvin.

Authorities say the collision struck at least two people, who were rushed away by ambulance as onlookers screamed in horror.

After she reversed her SUV and then turned toward protestors and police to run them over again. A deputy fired his handgun at the vehicle, according to the SJPD press release, “to stop the imminent threat.”

Maria Medina, of KPIX Channel 5, caught the incident on video.

My cameraman recorded the SUV that ran over two people tonight in downtown San Jose. He had no idea what he was capturing.

He also got the crowd of protestors running for their lives. You can hear the fear in their voices.

What was mostly a peaceful protest turned tragic. pic.twitter.com/vnqv4A3ZV8

Orozco drove off, but an officer was reportedly able to document her license plate number. The woman was arrested a day later at her San Jose home, authorities said.

The two victims, whose identifies were withheld, have since been discharged from the hospital, where they were both treated for non-life-threatening injuries.

Orozco, who was denied bail, is scheduled to be arraigned on Wednesday.

Meanwhile, the SJPD Homicide Unit is asking for anyone with information about the incident to contact detectives Sgt. Isidro Bagon or Ramon Sanchez at 408.277.5283. Those who wish to remain anonymous can call Crime Stoppers instead at 408.947.7867.

The driver evaded capture, despite a massive police presence at the Friday night demonstration. A day later, SJPD announced that they had apprehended a suspect. (Photo by Kyle Martin)