When Councilwoman Magdalena Carrasco was growing up in San Jose’s East Side, many of her relatives would come from Mexico to stay with them in hopes of finding work in the United States. During those stays, they would live in a pair of granny flats—or so-called accessory dwelling units ( known as ADUs)—tucked away on her family’s property.

“It was because of my parents’ granny flats that they had the opportunity to live with an extended family,” Carrasco says. “Had it not been for my parents to provide that, my relatives wouldn’t have been able to launch the American dream.”

Officials say there’s room to build as many as 160,000 such backyard cottages in San Jose. But prohibitive costs and a confusing permitting process prevent many property owners from even trying.

And that, Carrasco says, is why she’s backing a plan by Mayor Sam Liccardo that aims to spur ADU construction by cutting through red tape at City Hall.

Outside City Hall’s permitting center on Tuesday, the mayor unveiled a series of initiatives that he says would shorten the time and lower the cost to build ADUs by streamlining San Jose’s application process.

The multi-pronged proposal is part of San Jose’s broader effort to add 25,000 units—10,000 of them below-market-rate—to the city’s housing supply by 2022.

“We all know that we are in a housing crisis,” Liccardo declared at the press conference. “We are struggling mightily to get more rent restricted apartments built. We are not going to solve this crisis $650,000 at a time—that’s the cost to build a single apartment. We have to find ways to bend the cost curve.”

To make the process as easy as possible, the city has created an online portal and a checklist to educate homeowners about ADUs and the regulatory requirements to build them. It has also dedicated a full-time employee, Sarah Shull, to help homeowners applying for an ADU permit. And by launching an express lane—dubbed ADU Tuesdays—the city’s permitting office will expedite plans for cottages at least 900 square feet in size. 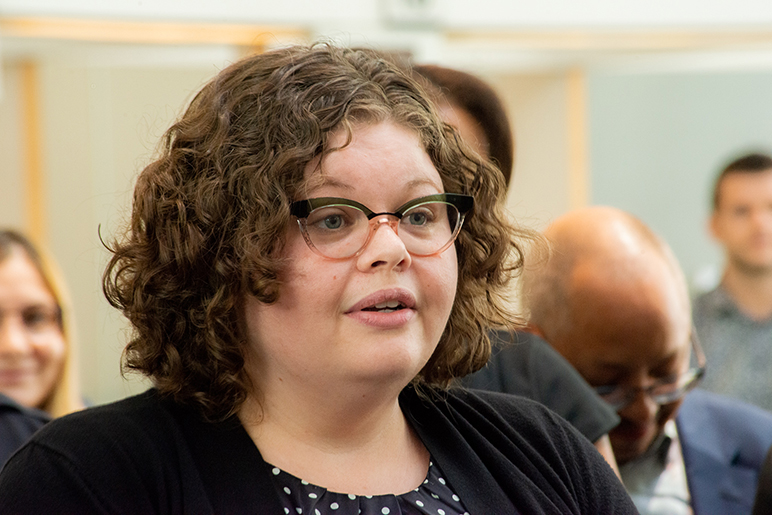 The initiative announced this week builds upon prior efforts by the city to expand the supply of ADUs. Just last month, Liccardo proposed an ADU loan forgiveness program, which, if approved by the City Council, would offer prospective cottage-builders a tidy sum of $20,000 to cover permit and construction fees.

The cost for a 400-square-foot ADU ranges from the lower end of $60,000 to an average of about $140,000 to $150,000, according to prefabADU President Steve Vallejos. Another plus: they’re exempt from environmental reviews mandated under the California Environmental Quality Act (CEQA).

That the city will offer pre-approved designs as part of its ADU initiative is another huge plus, Vallejos says.

“I’ve been talking about ADUs for a long time,” San Jose Councilman Johnny Khamis says. “They’re low hanging fruits. They don’t require a whole lot of city funding. It’s a net benefit for the owner of the property. They generate income and increase the value of the house. It’s a win-win-win for everyone.”