A 32-year-old man armed with a "ghost gun" shot at San Jose police and a passing car and pointed his weapon at other officers before he was shot and killed by multiple officers near San Jose’s Rose Garden last week, according to San Jose Police Chief Anthony Mata.

Mata said in a Jan. 21 police briefing that 32-year-old Robert Carter died while pointing a gun at officers after a crime spree that ended when multiple officers opened fire on him. 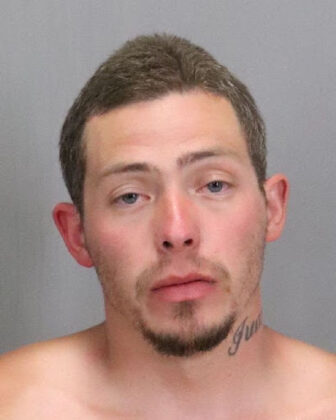 The fatal exchange occurred after a pursuit that began about 6pm Jan. 19 when a police helicopter crew spotted a stolen Toyota Camry in the area of Story and King roads.

Mata said Carter was the driver of the vehicle, who fled after seeing marked police vehicles and drove erratically in opposing lanes of traffic before going onto and off of highways and into the city of Santa Clara.

While on Monroe Street, Mata said Carter pulled up alongside a stopped vehicle with its door open and pointed a gun at the driver, who ran away.

Carter then entered the vehicle but was unable to drive off in it, so Carter went back to the stolen Camry and continued driving, eventually colliding with another vehicle that had two people inside in the area of Park Avenue and West Hedding Street in San Jose, according to Mata.  The people in the vehicle that was hit by Carter suffered minor to moderate injuries, police said.

Mata said the suspect then got out of the vehicle and ran along Park Avenue with a gun in his hand and appeared to try to stop a passing car by pointing a gun at it, then fired the weapon in the direction of a vehicle as well as an approaching officer, who returned fire but did not hit him, the chief said.

Carter continued running toward West Hedding Street and allegedly pointed the gun at another officer, who fired at him and struck him at least once. He ended up in the front yard of a home and again pointed a gun at police, causing officers to open fire again, striking him multiple times..

Carter was taken to a hospital and succumbed to his injuries shortly after arriva, Mata said The gun he had was described by police as a "ghost gun" without a serial number. Carter was not allowed to possess a firearm because of prior felony convictions, the chief said.

Four officers shot at Carter after what Mata called "a series of crimes and violence." The four have been placed on paid administrative leave, as is standard procedure in officer-involved shootings. They were not identified by the chief.

The officers all had body-worn cameras, and footage from them will be released at a later date, he said.

The chief called the shooting, the first by San Jose police in 2022, "a traumatic incident for all involved" and said it is being jointly investigated by the Santa Clara County District Attorney's Office and the San Jose police homicide unit.