In an interview conducted last week—excerpts of which which will be published Thursday—the mayor noted that he had unexpectedly received an invitation from the inaugural committee for the next president of the United States.

“We originally had plans to stay there for the week and my candidate (Hillary Clinton) didn't win, so I decided to shorten the trip and come back a little earlier,” said Liccardo, who traveled to Washington, D.C., this week to attend a national conference for mayors.

The invite is a surprise considering Trump was critical of San Jose’s top elected official and police after violence erupted at his June campaign rally here. The swap of President Barack Obama for Trump is one that many people, including Liccardo, are still coming to terms with.

“It's no secret that I’m a big Obama fan,” Liccardo said. “I felt a sense of personal loss, honestly, watching the farewell address. Certainly we’ll miss his inspiring words, but even more, I know, I will miss the standard of leadership that he offered for those of us who aspire to lead in any community. Someone who is incredibly ethical, someone who focuses on how we can lift people up and try to keep our eye on on how we can move forward rather than constantly fighting over whatever happened in the past.”

In a sign of blunders to come—or perhaps a Machiavellian slight—Liccardo’s name was misspelled on the invitation telling him how to register. He offered it to this reporter and quipped, “If you can translate it from the original Russian you’re entitled to take it.” 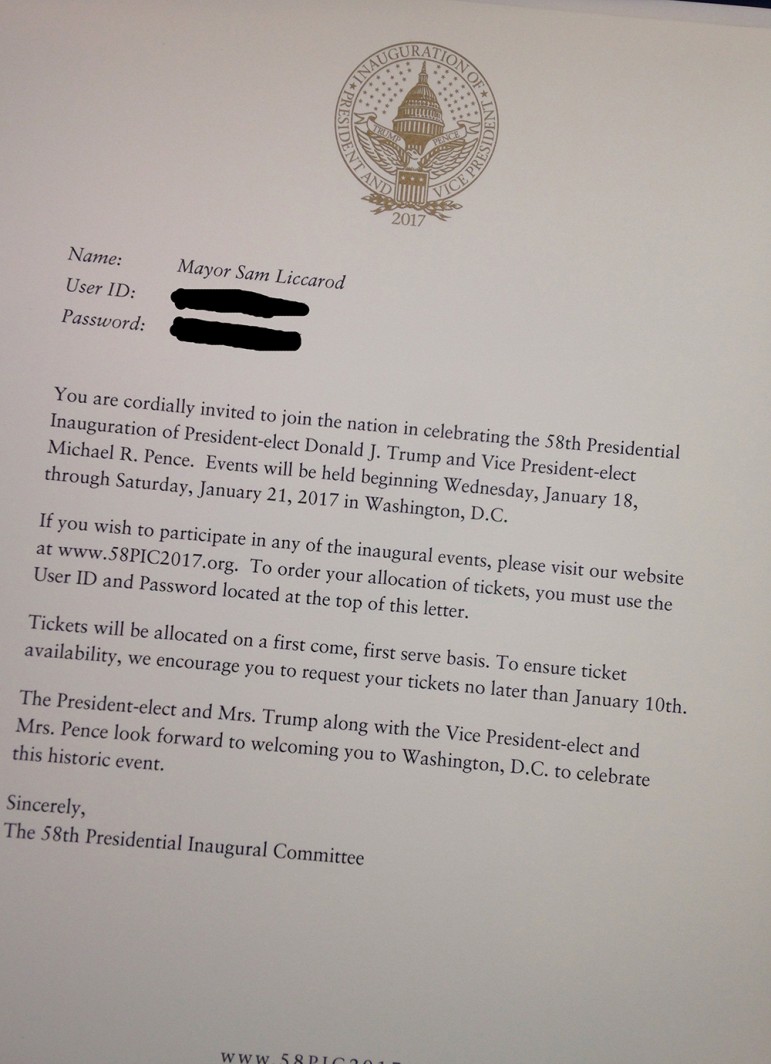