San Jose—home to an international airport, massive public works projects and the highest concentration of Fortune 500 companies in the United States—is woefully underprepared for emergencies.

A 2015 assessment found the city far below preparedness benchmarks in every category set by the U.S. Department of Homeland Security, including transportation, cyber-security, healthcare and public warning systems. On Tuesday, the City Council will discuss a plan to address some of those critical shortfalls.

Like in other major American cities, San Jose’s million-plus residents and 60,000 businesses face natural and manmade threats ranging from earthquakes, floods, fires, technological disruption, mass shootings and terrorism. Judging by the U.S. Census Bureau’s real-time map of disasters taking place throughout the nation, emergency seems to be the status quo. 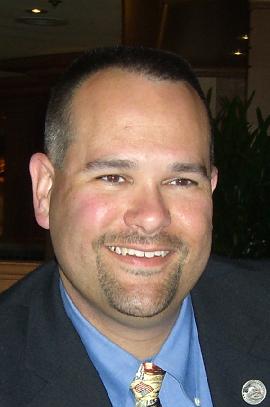 San Jose has doubled down on disaster preparedness in the past couple of years. In 2014, the city hired Ryan Broughton—who oversaw disaster management programs for the U.S. Navy—to lead its Office of Emergency Services. At the time, the office hadn’t assessed local preparedness in four years, had never achieved accreditation and still grappled with budget shortfalls.

Under Broughton’s watch, the city assessed its preparedness shortfalls and laid out a blueprint for accrediting its emergency readiness program by 2021.

This past year, the city fast-tracked some of that plan to prepare for a rain-soaked El Niño winter as well as several presidential candidate visits and the Super Bowl 50 in nearby Santa Clara. The city also established an alternate emergency command center in the San Jose Police Department’s south substation.

At the start of this fiscal year, the city doubled its emergency services budget to $53,000 and pegged $130,000 in one-time funding to revive the Community Emergency Response Team (CERT), a volunteer training program, and $169,000 for mass community warning systems.

Vice Mayor Rose Herrera and council members Raul Peralez, Tam Nguyen and Chappie Jones said the city should make it a priority to enlist CERT volunteers who speak Spanish and Vietnamese. It should also make an effort to keep the line of communication open with previously trained CERT volunteers to make sure they remain ready for the worst.

“Natural disasters occur suddenly and indiscriminately,” they wrote in a joint memo. “Ensuring that our community has adequate CERT training will increase the chances of survival in the event of an unpredictable but likely to occur natural disaster such as the next large earthquake.”