Residents in the greater downtown San Jose area may have noticed a rise in mail theft.

U.S. Postal Inspector Jeff Fitch confirmed to San Jose Inside that there has been an increase of cluster box and postal truck break-ins over the last several weeks—the latest being two trucks that were broken into in Willow Glen on Jan. 29.

NBC Bay Area reported that the two postal trucks, which were parked a block away from each other, were hit on the same day. The incidents—which more than tripled in 2017 compared to the year prior—brought the total number of Bay Area postal truck break-ins to 19 since last spring, according to media reports. By

“The [U.S. Postal Inspection Service] is investigating any and all reported cases,” Fitch said, after mentioning that residents living in an area with reported thefts should get a notice from the postal service.

Fitch also stressed to the public how important it is that people inform officials of suspected wrongdoing.

“If you suspect anything or see anything, report it—to USPIS and the police,” he said.

He also noted that there is a standing $10,000 reward for any information that leads to the arrest and conviction of someone who has committed mail theft.

“Mail theft is a federal crime that can earn you five years in prison and up to a $250,000 fine,” Fitch added.

The San Jose Police Department posted list of preventive measures on Nextdoor.com right before this past holiday season. 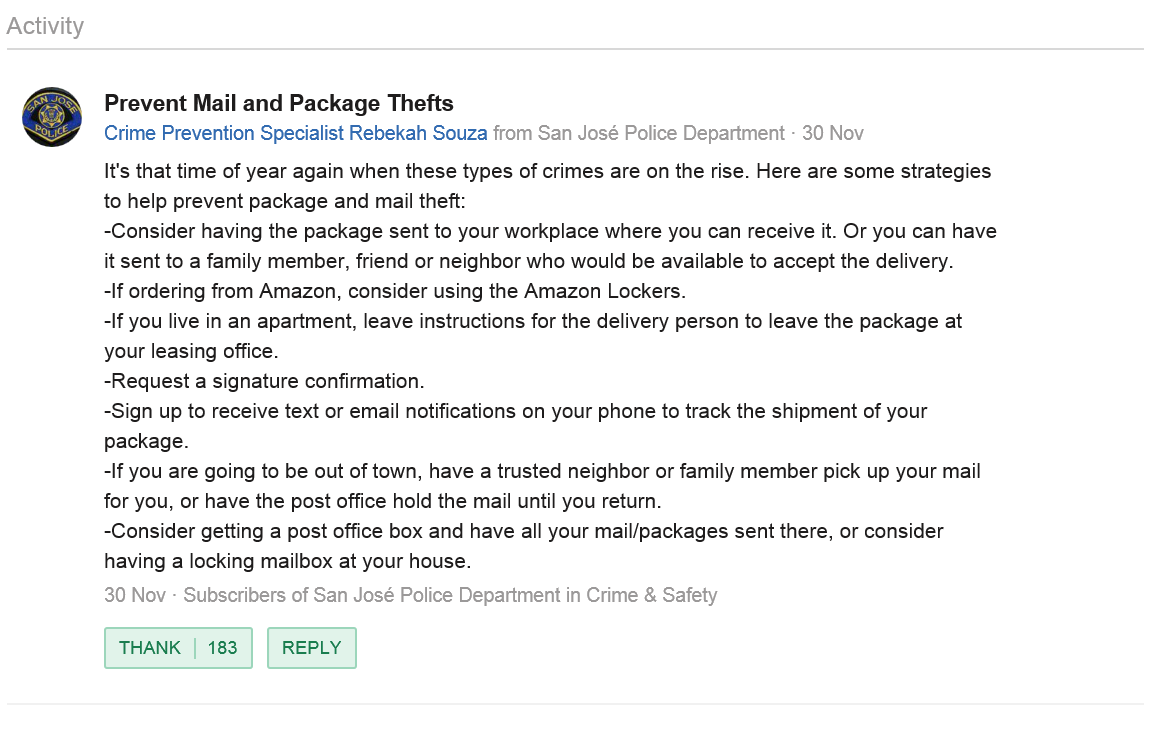