The debate, which was held at Blach Construction in North San Jose, featured contenders for council seats in districts 4, 8 and 10.

More than two months ago, a coalition of union groups proposed a ballot measure that would align the mayoral election with presidential election years and bar certain developers and their lobbyists from donating to council campaigns.

Advocates of the measure say it would increase voter turnout and eliminate the “pay to play” environment of local politics. But critics contend that holding mayoral elections in conjunction with the presidential election would draw attention away from local issues. They also claim the measure is hypocritical by prohibiting one special interest, business, while allowing another, labor.

Silicon Valley Leadership Group President and CEO Carl Guardino asked candidates whether they support the two aspects of the measure.

Diep has made his position clear in the past that holding the mayoral election during a presidential year would distract voters from local issues. On Friday morning, he voiced his concerns about the campaign contribution portion of the measure. 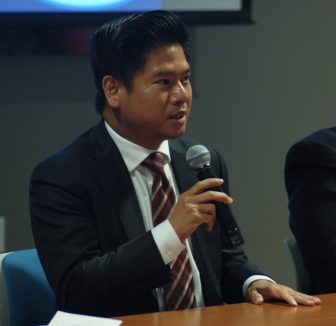 Tran, on the other hand, has previously come out in support of the initiative. He drew attention to what he saw as inequalities between business and labor interests and its ability to support campaigns.

“I’m a true believer of the labor movement,” he said. “I do believe that there is a qualitative difference between a labor organization, which connects people who have to rely on each other to build their power, versus folks who have endless resources to get their point across.” 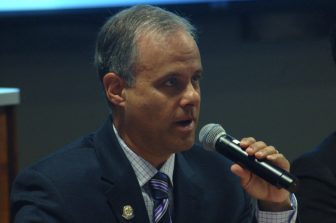 Cohen agreed with Tran’s views, but wasn’t sure if the measure fully addresses the issue of big money in politics.

“My problem with this piece is I don’t think this really does something about the true problem with money in politics, which is the independent expenditures,” Cohen told the audience.

When San Jose considered shifting the mayoral election earlier this year, Arenas was one of the five council members who voted in favor of it. 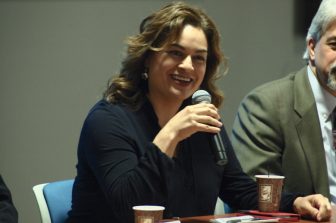 “It’s not an unknown truth, we all know this that typically women and people of color show up on presidential years,” she said. “I think that these groups need an opportunity to also run for office and have a mayor choice and a fair opportunity.”

She added that she has been conflicted from the beginning about limiting people’s ability to donate to campaign, but figures that the benefits outweigh the risks.

Zito said he strongly opposes the measure, and that he believes it is unconstitutional to exempt certain people from donating to political campaigns. He also questioned the legitimacy of the claim that it would increase voter turnout, especially in light of absentee ballots becoming increasingly common. “I believe [the mayoral race] deserves the limelight,” he said. “I believe that with voter choice we have really mitigated a significant number of impediments for anybody to vote.”

While Mahan said he didn’t feel strongly about changing the mayoral election cycle, he called the campaign contribution limits against business interests “deceptive.” 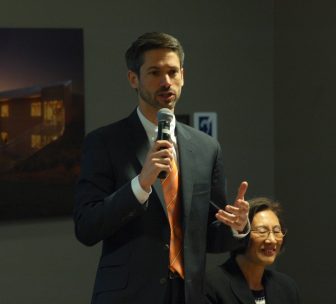 “If we want to curb the influence of concentrated special-interest power, that’s fine, but let’s do it equally and evenly across the board,” he said.

Higgins Bradanini said she supports the measure because residents deserve “clean elections.” She acknowledged, however, that the campaign contribution aspect was going to be the most “divisive” part. In her Silicon Valley Leadership Group candidate questionnaire she called the “attacks” against labor “shortsighted.”

“We say that money can’t buy votes, so I think it’s appropriate and important to put a policy in place that assures that for our voters,” she said.

Wang agreed with Diep that changing the mayoral election year would create too much noise. In her SVLG questionnaire she called the measure “expensive” and “unnecessary.”

“If we change the election cycle, nobody pays attention to the local issues,”  she said.

Silicon Valley Leadership Group has helped lead the push for FASTER Bay Area: a potential November 2020 ballot measure that would raise an estimated $100 million over the next 40 years through a region-wide one-cent-per-dollar sales tax increase.

On Friday, the candidates were asked if they would support a tax measure to build a “world-class, seamless integrated transit system” in the Bay Area.

Tran said that while he loves the idea of transforming the region’s transportation system, he was uneasy about the one-cent sales tax increase. 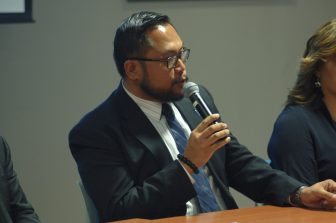 “I’m getting really concerned about whether we’re making it harder for the families in our city to stay here,” he said. “I want to see how we fund this that doesn’t hurt the families that are already struggling.”

Cohen said that the Bay Area is “long overdue” for a “regional transit approach,” and was excited to work alongside neighboring counties in solving the issue.

“This includes getting high speed rail, connecting the state so we can move people faster,” he said. “This will mean more transportation by electrification, which means less carbon emissions and all kind of things we can benefit from.”

Diep was concerned about the number of tax measures over the last few elections, but said that this one was was “worthwhile” as San Jose becomes more dense.

“We can’t stay being a car-oriented community any longer, especially as the North San Jose representative, I believe we need this source of money to eventually get BART to come to North San Jose,” he said.

Zito, who hails from New York, said he understands the need for sustainable transit and would support the one-cent sales tax increase. But like Tran, he expressed concern about how the tax “affects our most vulnerable residents.” 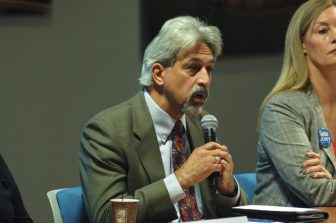 “As long as there’s good oversight and good accountability, I believe that that can be used for providing connectivity as a regional wide solution,” he said.

Arenas drew upon her experience as a member of a Santa Clara Valley Transportation Authority (VTA) advisory board and her push to expand the light rail. 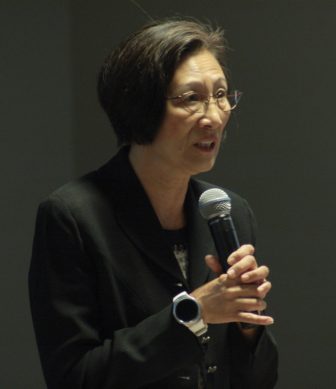 Wang—who grew up in Taiwan and has lived in a number of cities around the world with good transit systems—said she would support the tax hike if it was “economically feasible,” according to her candidate questionnaire. She has also gone on record as being against the California High Speed Rail project.

“The High Speed Rail focus appears to be wasteful, poorly conceived, opposed by many in the Central Valley, and will detract from the more desirable Bay Area connectivity,” she wrote in her SVLG questionnaire.

Higgins Bradanini said she would support the measure and that it would bring “other opportunities for providing better options for our communities.”

“I’m not usually supportive of regressive taxes because it does affect our most vulnerable, but [I will] if it’s developed in a fair and equitable way and takes into account all the diverse needs of our communities,” she said. 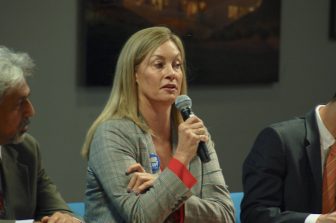 Mahan called himself a “big believer of getting people out of their cars,” but said he wants to make sure that the tax wouldn’t put a burden on the working class.

The California primary election takes place on March 3, 2020. For more information about local races, campaign fundraising, how to register to vote and more, visit the Santa Clara County Registrar of Voters website at sccvote.org.

This story has been updated to clarify that Sylvia Arenas was a member of a VTA advisory board, not the board of directors.