Zisser steps into a role that opened up this past spring, when Walter Katz left for a similar post in Chicago. During his brief but productive tenure, Katz built on the success of his highly respected predecessor, judge LaDoris Cordell.

The City Council approved Zisser’s hire during closed session in a 10-1 vote with Councilman Don Rocha opposing. Rocha declined to disclose his preferred pick for IPA. As the senior member of the council, however, he said he has a clear sense about what qualities one needs to fulfill the mission of the oversight office.

“This role is critical to those in our community who may have a fear of law enforcement, a fear of retaliation, or maybe even a lack of resources or access to take matters into their own hands,” Rocha told San Jose Inside. “This person needs to have the full menu of experience, presence, leadership, background and capacity to speak to individuals in communities of color and financial disadvantage. And most importantly, represent them in the face of difficult circumstances and the ability to stand tall with courage on their behalf, even if one has to stand alone.”

At 37 years old, Zisser is apparently the youngest person to helm the San Jose IPA office since the city established it in the early 1990s. 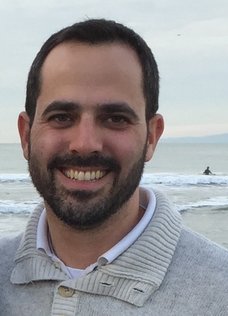 Zisser comes to San Jose with what the city called “vast and diverse” experience in law enforcement oversight and civil rights advocacy. The Georgetown University Law School alumnus spent several years as an attorney in the U.S. Department of Justice’s Civil Rights Division, where he led investigations into police use of force, correctional mental health services and the “school-to-prison pipeline” in the juvenile justice system.

Since returning to the Bay Area two years ago, Zisser has consulted on local reform efforts, including the Blue Ribbon Commission convened in the wake of Santa Clara County inmate Michael Tyree’s murder by three jailers. He has also worked with the San Francisco Office of Citizen Complaints and BART’s Independent Police Oversight System.

According to his resume, he has also litigated and investigated disability rights matters, including use of solitary confinement in jails and juvenile detention facilities and unnecessary institutionalization.

“From his five-and-a-half years at the Department of Justice’s Civil Rights Division to his recent work with the Santa Clara County’s Blue Ribbon Commission on Jails, Aaron brings both a breadth of experience and a familiarity with our local community,” Mayor Sam Liccardo said in a statement. “I look forward to working with him, and our hard-working officers, to ensure that the SJPD remains the most professional and trusted department in the country.”

As San Jose’s official cop monitor, Zisser will review SJPD investigations against police officers, recommend policy changes and educate the public about the role of civilian oversight. Part of what drew him to the job, Zisser said, is the city’s culture of transparency, which was evidenced in the recruitment process.

“One of the things that really impressed me about San Jose was this really unusually inclusive, open culture that involves a lot of dialogue about tough issues,” he told San Jose Inside in a brief phone interview Tuesday. “You have city leaders talking directly to and listening closely to members of the community and communities of color. … I’ve worked in several different places throughout the country, and you honestly don’t see that kind of openness very often. It’s really striking.”

Zisser commended Chief Eddie Garcia and Mayor Liccardo for engaging with the community on thorny issues such as use of force and implicit bias in policing. He also praised Katz for ramping up IPA outreach and instituting the practice of releasing policy briefs on a regular basis instead of holding them for the annual year-end report.

As part of his work in civil rights law, Zisser said he often referenced the San Jose IPA as a model for other communities.

“In my work advising other agencies, I studied San Jose’s IPA pretty closely,” he said. “I read all of their materials, I’d gotten to know Walter Katz and I would routinely point to their office as a positive example.”

So when Katz abruptly departed earlier this year, Zisser positioned himself as a contender for his replacement. The new IPA said he wants to continue to raise the bar, as Katz and Cordell did before him. Whether that means expanding the authority of the office as recommended by past IPAs remains to be seen, however.

As it stands, the IPA office has merely advisory powers and no access to investigations initiated from within the ranks of the police department. To broaden its scope would require asking voters, by way of a ballot measure, to change the city charter.

“That’s come up a lot,” Zisser said. “A lot of people are interested in updating the oversight structure, the mandate of the office. But that push, if it’s going to happen, needs to come from people in the community. … Judge Cordell and Walter Katz made more out of the mandate that they had. It’s not the most robust, but they did a lot with it.”

Zisser traces his interest in civil rights back to childhood. From an early age, he said, he became fascinated by the work of Thurgood Marshall, the nation’s first African American Supreme Court justice, in ending legal segregation.

But it was a personal tragedy that led Zisser to pursue a career in law and justice.

When he was 13 years old, Zisser said, someone killed his 19-year-old cousin. Though he rarely talks about it, he said, the homicide shook the family’s foundation. The ensuing investigation also gave him tremendous respect for police and prosecutors.

“I have a lot of admiration for his work,” said Zisser, who lives two blocks away from his brother in Oakland.

To move closer to his new job, Zisser said he plans to relocate to San Jose with his wife, Beckie, and two young sons, Calev and Adlai.