Nearly a third of teens surveyed throughout Santa Clara County reported trying e-cigarettes or vapes, according to data recently released by public health officials. And more than 13 percent of teens reported vaping within the past month.

The California Student Tobacco Survey published toward the end of last month reached students in grades eight, 10 and 12 at 18 schools in the South Bay. County officials called it the most thorough local assessment of tobacco use since the advent of e-cigs.

Meanwhile, use of traditional smokable cigarettes by youth in the county declined this summer to a low of 1.4 percent. Four years ago, the youth rate of combustible cigarette use hovered somewhere around 3 percent.

According to the same survey, about 13 percent of youth consider themselves current e-cig users. That’s considerably lower than the nationwide rate of 21 percent, but a couple percentage points higher than that for California as a whole. 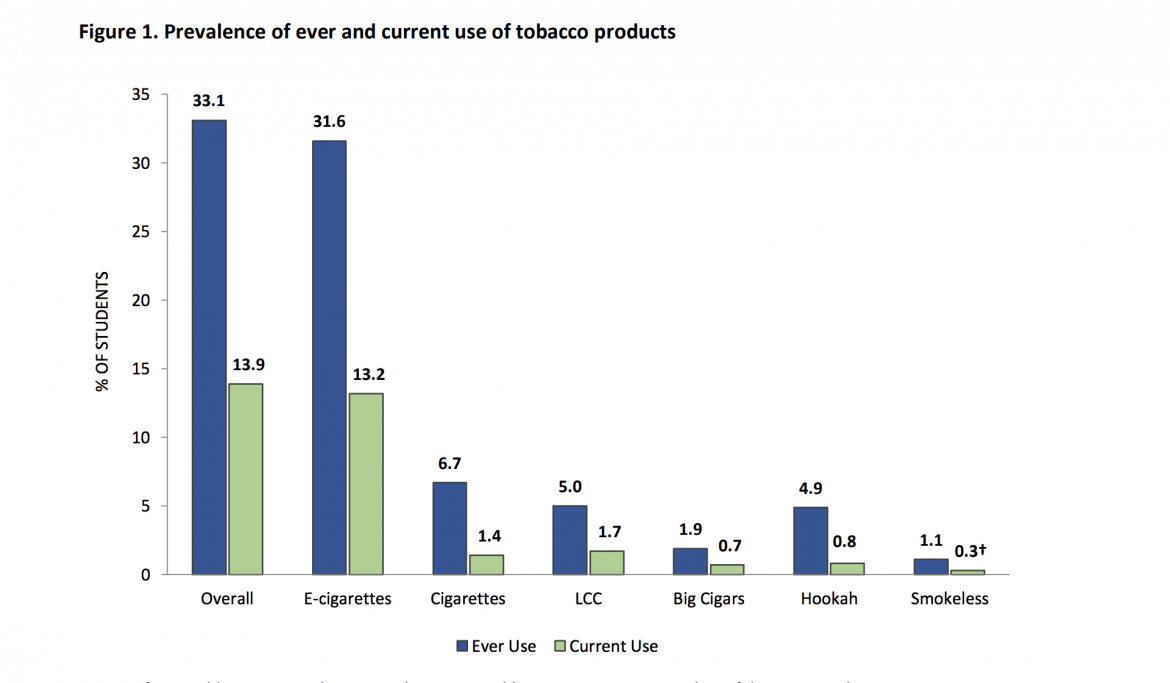 County Supervisor Susan Ellenberg said the figures show that there’s much work to be done. “Santa Clara County is doing better than the national average, but that is not enough when one in three high school students are using e-cigarettes,” she said in a press release announcing the survey. “We can, and must, do better.”

The data come as federal agencies urge people to stop vaping after a spate of mysterious lung illnesses with suspected links to e-cigarette use rises to at least 215 cases. The Centers for Disease Control reports that people in at least 25 states have come down with respiratory illnesses potentially caused by vaping tobacco and cannabis.

Dr. Sara Cody, who heads the county Public Health Department, said vapes and e-cigs contain many chemicals whose impacts on the human body remain unknown. “What we do know, however,” she said, “is that e-cigarettes and other vape products containing nicotine are harmful to the developing brain, which includes the adolescent brain.”

In this county, one in eight deaths a year are attributable to smoking, including deaths due to cancer and heart and respiratory disease. Tobacco kills nearly 40,000 people a year in California, making it the leading cause of preventable death.