The most dangerous neighborhood in terms of car crashes? Alum Rock, by far. The East Side swath of the city saw 1,042 crashes and 1,399 injuries across 592 intersections during that same timeframe.

The most dangerous intersection? McLaughlin Avenue and Story Road. While no fatalities occurred at the busy juncture, it topped the charts in terms of total crashes (34) and total injuries (45).

The report isolated all intersection crashes during a five-year period and ranked each location based on a weighted crash index score that factors in crash and death volume and severity of injuries for each crossing. Crashes that occurred on highway on-ramps and off-ramps were not included.

After crunching the numbers, analysts found 65 intersections in San Jose that scored 50 or higher—nearly five times the average score for the city’s 4,471 intersections where a crash took place. Following Alum Rock, other dangerous neighborhoods in terms of intersection collisions include Central San Jose (836 crashes), South San Jose (762), Edenvale (619) and Evergreen (416).

South San Jose saw the highest number of deaths, however, with 19 over the five-year period covered by the study.

Though society has socially conditioned the public to accept car crashes as a fact of life, especially in major cities, these statistics should be nothing short of shocking. They’re another reminder that in San Jose, traffic fatalities remain a leading cause of death. And that car-centric street design renders too many parts of the city a death trap.

San Jose set out to fix the problem by implementing a plan called Vision Zero, which aims to eliminate traffic deaths in part by reshaping the urban landscape. But since rolling out the blueprint for a safer streets, the city has fallen short of that lofty goal.

Pedestrian deaths spiked in San Jose last year. Mayor Sam Liccardo’s collision with a car during a bicycle ride on New Year’s Day brought the issue back to the fore in 2019. And in some cases, as San Jose Inside has previously reported, the city continues to design roadways that directly conflict with the standards set by Vision Zero.

Analysts who worked on this new study for Henshaw & Henry said they hope their findings improve traffic safety by raising awareness.

“Will knowing that more crashes occur on McLaughlin and Story make someone pay more attention around that intersection? We certainly hope so,” said 1Point21 researcher Brian Beltz. “On occasion, these types of data analysis uncover a dangerous condition that can be fixed or improved to make that road or intersection safer. If even one accident is prevented based on our analysis, we’d feel pretty good about that.”

Shiloh Ballard, head of the Silicon Valley Bicycle Coalition, said the data is useful—but it raises many more questions. “We know where and often we know what happened,” she said. “Car X ran red light and collided into Car B. What we don’t know is why. What was [the driver of] Car X doing when they ran the light? Was the sun in their eyes? Were they looking at their phone. Were they speeding? Do they have cataracts and don’t see very well? Is the intersection confusing?”

Ballard said she’s been wrestling with those questions in light of the latest such crash, which took the life of a cyclist in South San Jose Monday morning.

“On the face of it, and admittedly only having limited information that is in the press, a woman was pulling out of a minimart driveway and hit two people riding bikes,” she said. “If that woman was behaving as we all normally do, she likely wasn’t speeding out of the driveway—simply because that’s kind of hard to do. I mean, how do you hit two bicyclists and kill one in that situation. What caused her to behave that way?”

Without the answers to those kinds of questions, it’s tough to understand how to fix the problem, Ballard lamented.

“That said,” she continued, “what we do know is that other countries have focused on street design and seen more dramatic improvements in safety. We also know that speed kills. Narrower lanes and lower speed limits can slow people down. But will the public trade off speed for safety?”

Maybe tragedies like the Monday morning crash at Vistapark Drive and Capitol Expressway—the city’s 26th traffic fatality of 2019—will make the broader public realize the need for that kind of tradeoff.

“Streets for everyone—whether you’re a person driving, walking or pedaling—are one of the most dangerous places to be,” Ballard said. “Ways to improve street safety include better design and slower speeds. We must put our heads down and muster the political will to prioritize safety over speed, not the other way around.” 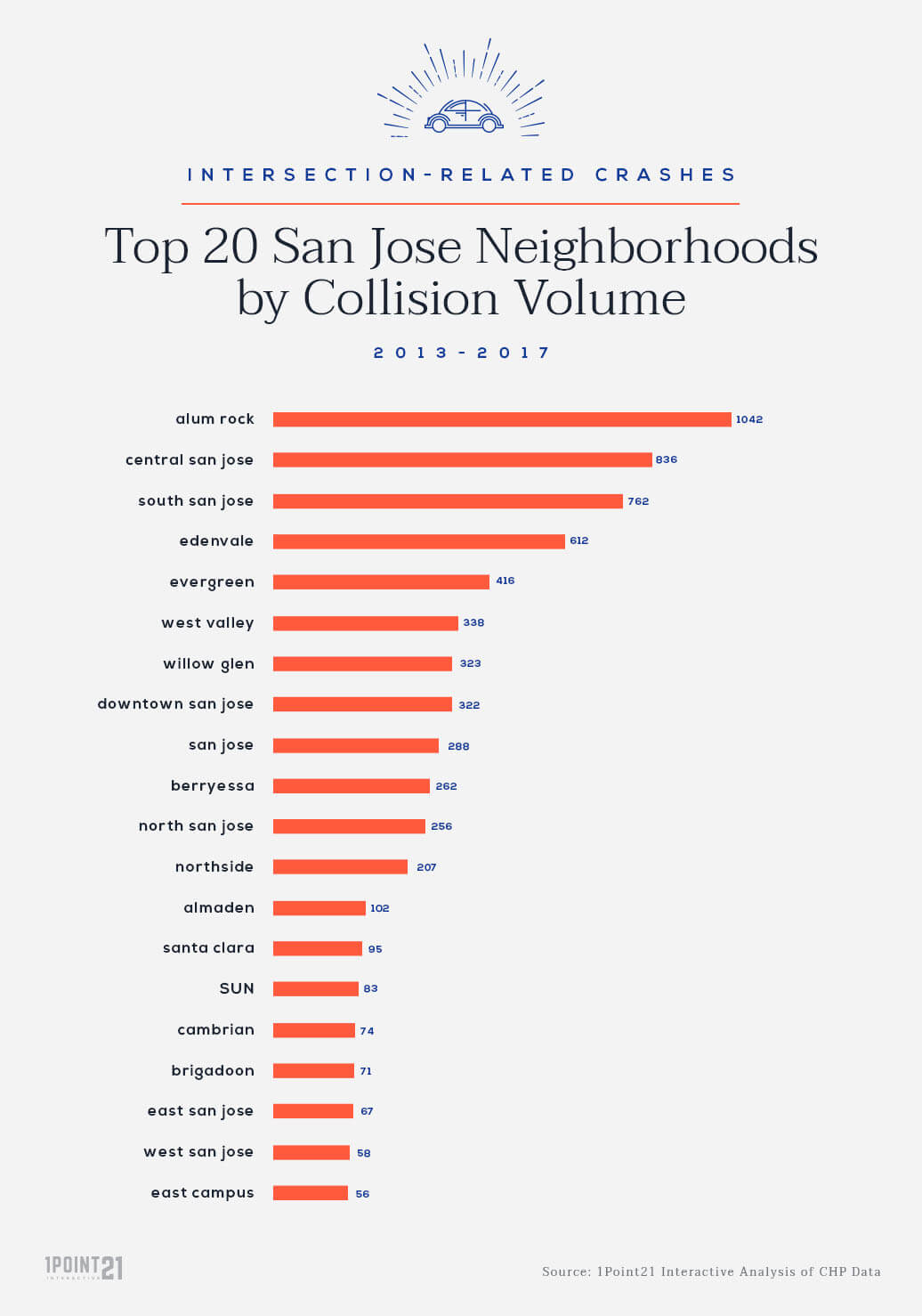