They shared their stories from the William Street bridge, which was inundated with water after the Anderson Dam overflowed in February of 2017, and demanded compensation for their suffering from the three agencies named as defendants in the lawsuit. 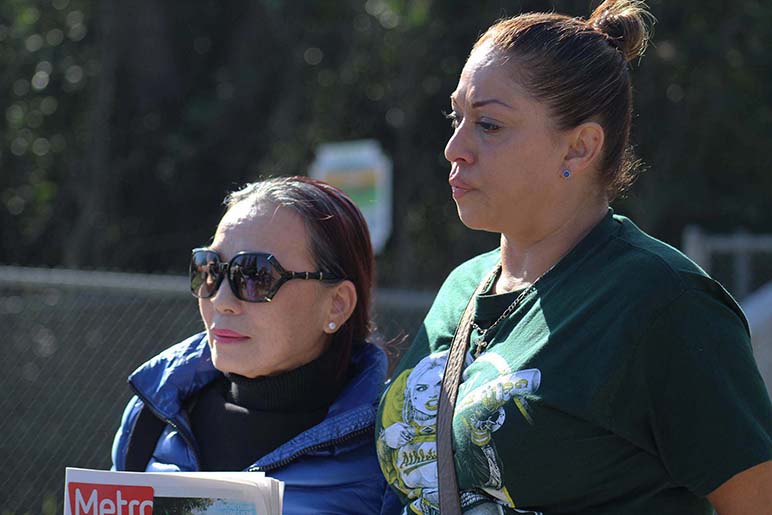 Hien Nguyen (left) and Sinia Ellis (right), both from the Rock Springs neighborhood, listen to other flood victims share their stories at the Feb. 8 press conference. (Photo by Kristin Lam)

Sinia Ellis lived in an apartment on Nordale Avenue in the Rock Springs neighborhood—the one hit the hardest by the flood—when she heard loudspeakers and saw dirty, fast moving water pour onto the street the morning of Feb. 21, 2017. She had no time to plan or pack. The water went up to her underarms before she made it to Senter Road.

“It’s been a year, and I’m barely starting to see myself getting back to where I was before [the flood],” Ellis said. “I’m all for this lawsuit and I really feel that the city, the water district, and the county should take responsibility. ...We needed to be warned. I could’ve saved my van and all my belongings.” 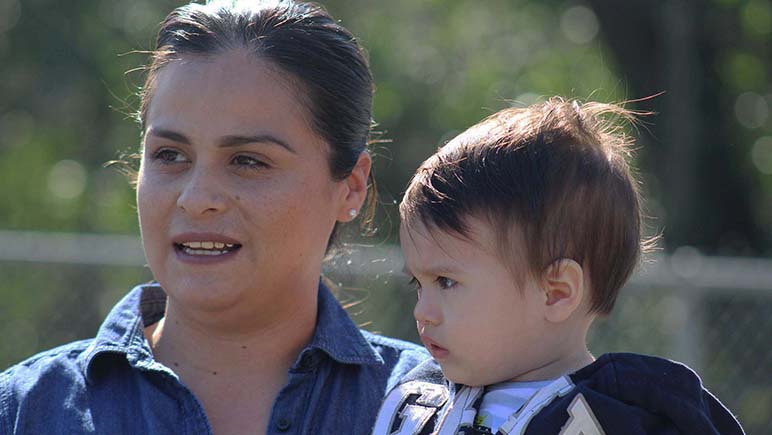 Dulce Mata was living in a garage in Rock Springs when the flood hit. She then stayed in the Seven Trees shelter for about a month with her husband and their three young kids. (Photo by Kristin Lam)

A domestic violence survivor, Ellis had only moved into the apartment in August of 2016. She said she had cherished the feeling of safety that came with finding her own place. The flood, and the lack of warning, re-traumatized her, she said, and and sent her into a depressive tailspin. She lost her job, which pushed her to the brink of eviction, and began getting bombarded by calls from creditors.

“I felt like we were nothing, like we didn’t matter to the city,” Ellis said. “I’m a tax-paying citizen. And I really feel that demographically, we were swept aside like the flood.”

In the claim filed in Santa Clara County Superior Court last week, Ellis observes how predominantly working-class, low-income and non-white neighborhoods bore the brunt of the Coyote Creek flood. She questioned whether the water district would have “let the situation happen if the people it put in harm’s way were affluent? Predominately white?” 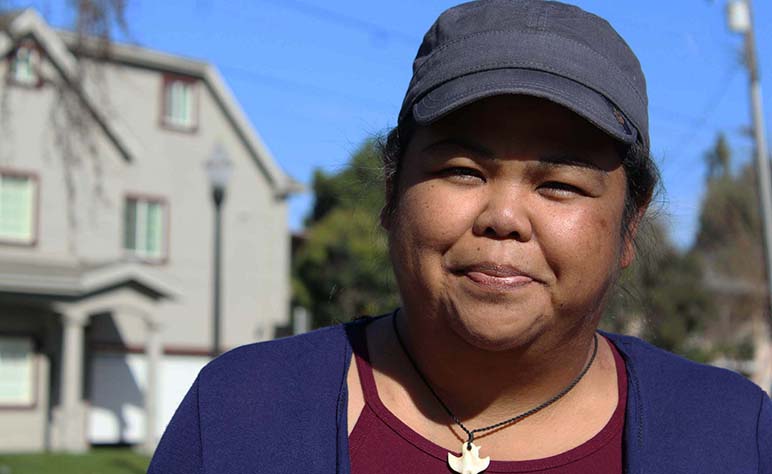 "I hope the city understands that because they used panic instead of compassion, they are now left with over 40 families wondering where they will live after Feb. 20, 2017," Chrystie Mariano said in response to news of the litigation. "I am one of those people who is left without a home even after one year." (Photo by Kristin Lam)

Hien Nguyen—a 70-year-old Vietnamese immigrant who has lived in San Jose since 1989—said she remembers first seeing the flood while trying to get back home in the Rock Springs neighborhood. The water completely blocked off her route home, she said.

“I parked the car at the corner of the street and ran to the house because I had one handicapped, disabled roommate,” Nguyen recounted. “If I didn’t open the door on time, he may [have] died.”

When the city-issued warnings finally came out, Nguyen said they were only in English or Spanish—not in Vietnamese.

“If they did care about us, they would have done more,” she said. “They could have prevented the flooding. Even if the flooding was happening, they gave no warning. No chance to save anything.”

The flood ruined Nguyen’s pictures and videos of her deceased parents, ancestors, relatives and friends that she had accumulated over the years.

“No one could ever replace [them] for me,” she said.

For five months after the flood, Nguyen was displaced. She said that many people are still looking for permanent, affordable housing.

To read more about the Coyote Creek flood, click here. 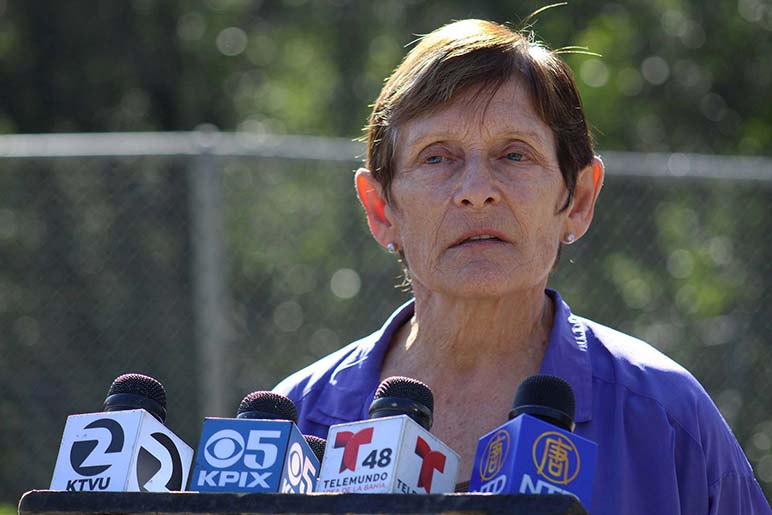