Ulta Beauty became the latest prominent retailer to ink a lease deal with CityLine Sunnyvale, a mixed-use complex that’s transforming the heart of the city.

The cosmetics store will move into a 10,000-square-foot space by Target and Salon Republic at West McKinley and Murphy avenues, according to a news release from CityLine developers Hunter Properties and Sares Regis of Northern California.

Some of Ulta’s new neighbors include Xfinity, which signed a lease for 5,000 square feet, and Kids Dental Care & Orthodontics, which will rent 3,000 square feet of the walkable master-planned mixed-use district by a 198-unit apartment complex called The Flats.

All three of the new tenants expect to open up shop later this year, a few months after the opening of an adjacent AMC Theaters and Whole Foods Market.

Upon completion, CityLine will feature new homes, shopping, entertainment and office space spread out over 36 acres in downtown and just a short walk from a Caltrain station.

“The signing of these three businesses is another important step in the development of CityLine Sunnyvale and shows that we’re well on our way to activating this new extension of downtown,” Hunter Storm Managing Member Deke Hunter told reporters in a press release Thursday. “We’re working to expand and grow this district into a well-rounded, vibrant area with new retail, housing, and office space, and it’s exciting to see the neighborhood begin to take shape and become a reality.”

With the first phase of construction nearly finished at CityLine, developers are poised to expand the scope and scale of the project once Sunnyvale OK’s the second stage, which will add more retail, office and housing.

CtyLine Sunnyvale was acquired in 2015 by STC Venture, a limited liability partnership between Hunter Storm and Sares Regis Group. 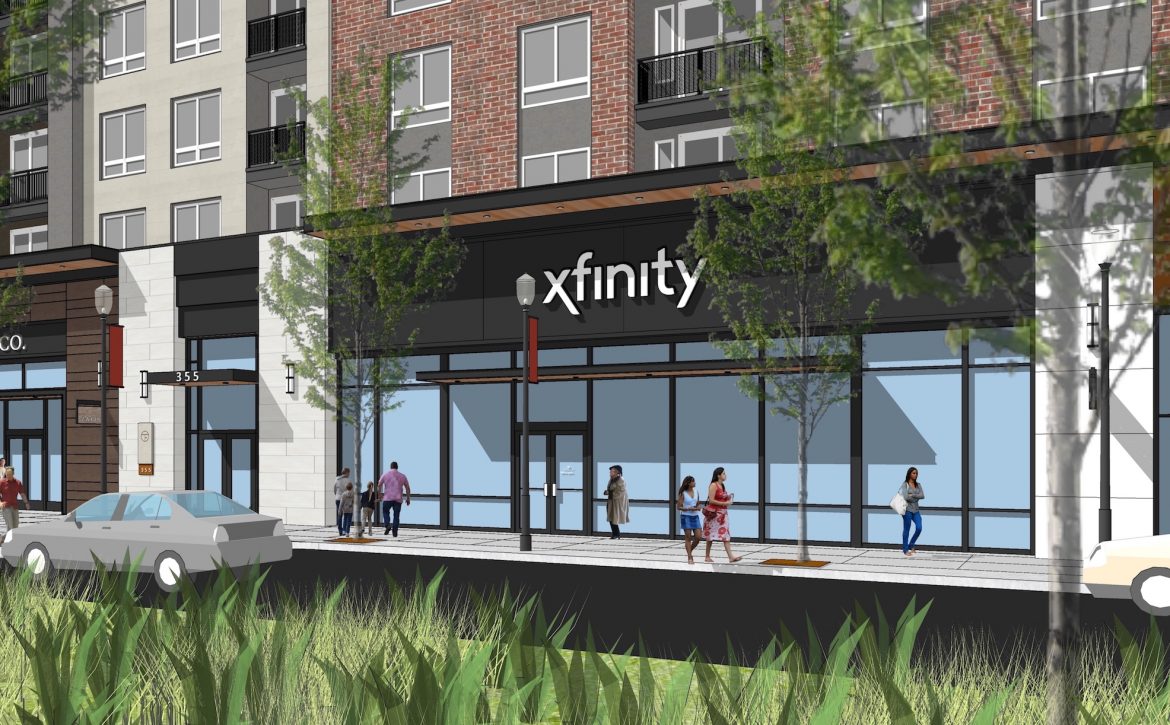 Xfinity plans to open its 3,000-square-foot CityLine storefront later this year. (Rendering via Pike and Company)