The wage floor in San Jose ticked up to $13.50 an hour, the next step in a region-wide push to raise minimum hourly pay to $15 by next year.

City officials in November 2016 scheduled a step-by-step minimum wage hike that lifts the lowest allowable pay to $15 by Jan. 1, 2019, and adjusts every year thereafter to account for cost-of-living increases.

“Our efforts to raise the minimum wage will provide a significant boost for the thousands of hard-working families across the valley who continue to struggle to keep up with rising costs,” San Jose Mayor Sam Liccardo said in a press release. “By moving forward with many of our neighboring cities, we’ll ensure that more of our residents benefit from a higher wage and that we have a more even playing field for our small businesses.”

But Sunnyvale and Mountain View jumped ahead of the pack by lifting their respective minimum hourly wage to $15 when the clock struck 2018.

California’s minimum pay trails behind Bay Area cities at $11 an hour for companies with at least 26 employees and $10.50 for those with 25 or fewer.

According to an analysis by the Economic Policy Institute, 18 states raised their minimum wages this year by way of new legislation, citizen ballot initiatives or inflation-related adjustments. The collective increases will benefit some 4.5 million workers, according to the report. 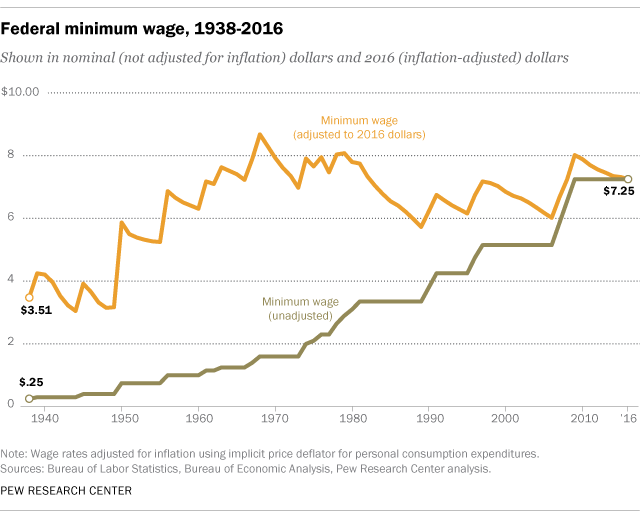