The stonewalling includes violations of the Public Records Act.

Over the last month, San Jose Inside has published multiple reports on Superintendent Jon Gundry’s attempts to funnel $250,000 to a mystery company’s consultant—without requiring a single document beyond blanket invoices. Once the contract became public, and after the SCCOE had already shelled out $92,925, the consultant quit.

San Jose Inside pursued the story further and requested a list of all payroll and financial consulting contracts since Gundry joined the county last summer. A request was also submitted for all of the superintendent’s single-source contracts, which allow Gundry to sign agreements up to $99,999 without a bidding process while also skipping review by the Board of Education or business office.

Gundry had the threshold for review changed in November, when previously all contracts above $10,000 were more thoroughly vetted.

The SCCOE, which oversees Santa Clara County's 31 school districts, said that Gundry has signed four single-source contracts since coming aboard, with a ceiling of $185,750. In emails from its chief spokesman, the organization insisted that no other records exist—but that no longer appears to be true.

San Jose Inside has since learned, according to sources, that the SCCOE flouted the state's Public Records Act by refusing to turn over multiple consulting contracts as requested. The SCCOE claimed that no other documents existed, rather than citing confidentiality concerns or government exemptions.

At least one of these contracts appears to have been signed with a consultant named Sue Daniel for a total cost of $99,999—one dollar short of needing approval from the seven-member elected Board of Education. Daniel had no comment when reached by phone, and sources tell San Jose Inside that the Board of Education had no knowledge of her contract.

Despite multiple requests for clarification on the contracts, Director of Media and Communications Ken Blackstone either ignored requests or denied that the records existed. He refused to return calls for comment for several days before going on vacation Thursday. He is not expected back in the office until July 1. 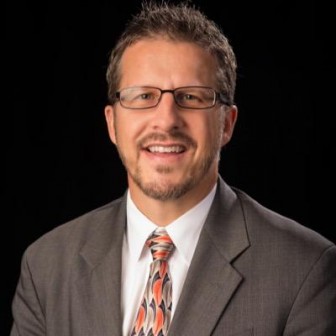 Sources tell San Jose Inside that Blackstone was aware as far back as Tuesday morning that he was actively concealing the existence of public records that were subject to disclosure under California law.

Multiple requests for an interview with Superintendent Gundry have also gone ignored. While his office has refused to turn over all financial consulting contracts, the records that were provided raise serious questions about the superintendent’s commitment to transparency and stewardship of public dollars.

Gundry signed a $99,500 contract on April 8 with the firm James and Stewart for legal work “concerning payment of payroll taxes and penalties.” Of the total amount, $4,885 has already been paid. Sources say the SCCOE’s business office was unaware of the contract until San Jose Inside began receiving documents from Blackstone.

On May 14, the superintendent signed a $15,000 deal with law firm Hanson Bridgett. It’s not clear what inspired the contract, as the only description of duties is “legal services as required.” At a rate of $515 per hour, the contract will max out in a little more than 29 hours of work.

Gundry’s smallest single-source contract—a $3,700 agreement with Skypark, LLC—was designed for coaching and management training, as well as facilitating a Board of Education retreat. The contract’s deliverables were written by hand and it’s not clear if the company contact, Sharon Harvey, is the owner. She declined comment when contacted for this story, and while her company is listed as limited liability corporation in the contract (LLC), no active LLC exists in California under that name, according to  the Secretary of State’s website. The company’s address in Redondo Beach appears to be a 1900-square foot home a mile from the beach.

Last week, Gundry signed a deal to begin farming out communication work, in particular any public relations regarding the Walden West scandal. This was done in part because Blackstone is on vacation and Rachel Zlotziver, who also handles communications/PR, is on jury duty.

On June 10, Gundry signed a $67,500 consulting contract with Communication Resources for Schools. Set to run through the end of this year, the contract brings on Tom Delapp and Stephen Nichols to handle everything from writing press releases and answering media calls to coordinating strategy on what Gundry will tell the public.

Delapp, who was brought on as an “executive coach” during the tenure of Gundry’s predecessor (Xavier De la Torre), told San Jose Inside that he has done “crisis management” for issues as varied as a transgender homecoming queen in Huntington Beach to the Columbine school massacre.

Delapp said the SCCOE task force was his idea, but the group will not be on a fact-finding mission to learn what occurred at Walden West. Rather, the task force plans to study camp policies and see if they are in line with best practices.

“The task force was my idea, largely because I think we have to address the issue of that wonderful camp not being put on trial while we have Covarrubias-Padilla on trial,” Delapp said.

A press conference is planned for Friday to discuss the task force's work in more detail.

Delapp said he and his colleague will be paid $225 an hour, which is the same rate Mark Skvarna was paid for his record-less consulting contract through School Business Service Consultants. Skvarna also billed the SCCOE the same hourly wage for nearly $20,000 in travel time in just six months. Delapp said he would only bill the county if he's working on the phone while traveling "portal to portal."

In a third conversation Thursday afternoon, Delapp seemed to acknowledge that the SCCOE has not been forthcoming with all of its financial consulting contracts, including the one for Daniel’s work as a payroll consultant.

San Jose Inside spent approximately 50 minutes on the phone with Delapp for this story, at a billable rate of $187.50. This additional expense to taxpayers could have been avoided had the SCCOE’s salaried communications department simply followed the law and provided the documents.