At a certain point one has to wonder if this has been Superintendent Jon Gundry’s plan all along: change disclosure policies on consulting contracts; discreetly hand out a bunch of big-dollar deals; fire the internal watchdogs; and rule through fear and intimidation so any other objectors resign.

If so, the plan is going to perfection.

Gundry joined the Santa Clara County Office of Education a year ago, but it wasn’t until the last few months he’s been able to systematically deconstruct the organization that oversees 31 school districts.

San Jose Inside has published several reports on Gundry’s secret consulting contracts, many of which were designed to avoid internal and public scrutiny by coming just under the $100,000 reporting threshold. In coordination with his communications director, Ken Blackstone, the SCCOE intentionally delayed making these records known. They only acknowledged the existence of outstanding contracts after San Jose Inside published documents proving that the Public Records Act was being flouted.

Since that time, San Jose Inside has learned that in just the last three months, nine high-level employees within the SCCOE have been fired or resigned. The purge is near complete now that Gundry has handpicked allies to control the organization’s purse strings. 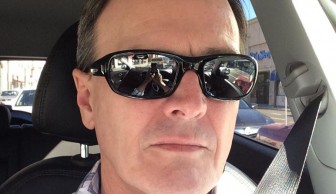 County chief of schools Jon Gundry fired two employees who will now be paid their annual salaries through next summer, which could come to half a million dollars total. (Photo via Facebook)

The latest designation of taxpayer funds could come to nearly a half-million dollars, but not for consulting contracts—rather it will be to pay two people not to work for the SCCOE.

Earlier this month, the organization announced that Micaela Ochoa and Maribel Medina, the chief business officer and general counsel, respectively, were leaving the office. Gundry terminated both of their contracts with a year remaining, after stripping them of power to conduct contract oversight throughout the last year. Both women had contracts that promised annual salaries of more than $200,000 through next summer. The SCCOE has yet to provide full terms of Ochoa and Medina’s severance packages.

On the same day the SCCOE announced the termination of these two employees, it also noted in a press release that Gundry had hired Mark Skvarna as interim chief business officer (CBO). Skvarna was one of several secret payroll and accounting consultants to receive close to $100,000 for work that was never documented. Skvarna initially quit working with the SCCOE after details about his contract were published, but he’s since returned at an annual salary more than $40,000 higher than his predecessor, Ochoa.

Gundry has also given raises to two of his closest allies. Mary Ann Dewan, who served as interim superintendent before Gundry was hired, received a promotion to deputy superintendent with a pay bump of $63,050. Angelica Ramsey, appointed to the position of associate superintendent, received a raise of more than $40,000.

This comes at the same time that other top-level SCCOE staff has resigned—three since just last Friday—under what sources describe as Gundry’s “reign of terror.” The full list of recent resignations includes:

The last of these resignations did not end well. Sources say Ted O was escorted out of the building following his resignation and was put on administrative leave rather than serve out his final two weeks.

"People are tired of the on-going harassment, retaliation and unethical dealings by Gundry and his supporters," said a source.

An additional employee, Lisa Latt, who worked with $99,999 consultant Sue Daniel to fix the SCCOE’s payroll system, was terminated after her six-month probationary period came to an end. Sources say she was not given reason for the dismissal, but there is certainly a trend when many of the people pushed out or leaving on their own volition were responsible for financial oversight.

In the face of mass staff turnover, in addition to a growing child abuse scandal at science camp Walden West, Blackstone defended the SCCOE’s recent actions as indicative of a “well-functioning organization.” He added that summertime is usually when staff turnover is the highest. Blackstone attempted to frame the mass resignations as “professional promotions.”

Public agencies, including the SCCOE, usually limit comment on changes in personnel to start and end dates, which makes the attempt to spin the departures as a positive all the more unusual.

None of this is to say the SCCOE wasn’t a mess before Gundry’s arrival, but the superintendent has chosen a clandestine path to implement change. He has also routinely failed to inform the Board—and, by extension, the public—of how hundreds of thousands of taxpayer dollars are being used.

There is also some question as to why he's giving so much money to Skvarna, who as a consultant billed the county nearly $20,000 for traveling to and from work during a six-month period. As part of his two-year contract to become interim chief business officer, Skvarna will not only receive up to $8,000 in moving expense reimbursements, but also an annual salary $40,000 above what Ochoa received doing the same job.

“I think any compensation is commensurate with the experience the person has,” Blackstone said, adding that Ochoa had details in her contract that brought her pay to about $10,000 less than her replacement.

“It’s equal, no matter what gender or any other factors may come in to play,” Blackstone said.