San Jose voters passed Measure B in 2012 with the promise of saving $68 million a year by slashing healthcare, disability and pension benefits for city workers. At the time, unfunded liabilities gobbled up a quarter of the city’s annual $1.1 billion budget while declining tax revenues prompted painful cuts to staffing and vital public services.

Then-mayor Chuck Reed championed the initiative as a way to stave off financial ruin.

Unions successfully challenged the legality of several Measure B provisions, forcing a compromise in 2016 that lowered projected annual savings to $42 million. Reed, who termed out in 2014, applauded the truce and continued preaching the gospel of Measure B as a national model for reform.

In the decade from 2006, San Jose’s two pensions—the $2.1 billion Federated City Employees System and $3.5 billion Police and Fire Plan—upped allocations to alternative investments from 6 percent to 43 percent and 9 percent to 48 percent, respectively.

San Jose now pays its Office of Retirement Services $75 million-plus a year to administer the plans. That includes $1 million in legal expenses and $2.75 million for consultants who steer the plans toward investments which rack up $60 million in fees. By 2017, those investment fees alone rose another 16 percent to $70 million.

It’s a cost that soared by more than 150 percent in a decade and now significantly surpasses the savings promised by Measure B reforms. It’s as much as a 1984 bond loss by a San Jose finance official that went down as one of the worst local decisions of the last half-century. Effectively, it’s a transfer of wealth from workers to Wall Street.

Traditional index and mutual funds, stocks, bonds and cash rise and fall with the economy. Alternatives include a vast range of assets—land, art, coins, derivatives contracts—and occupy a shadowy part of the financial universe where money managers make bets in exchange for an upfront fee and a chunk of the profits if the wager pays off.

But San Jose never saw a full accounting of those fees and incentives payouts until 2016, when retirement services staff began making yearly reports disclosing indirect expenses. In prior years, they obscured the true costs from the public by deducting fees and performance payouts from investment income or net returns. 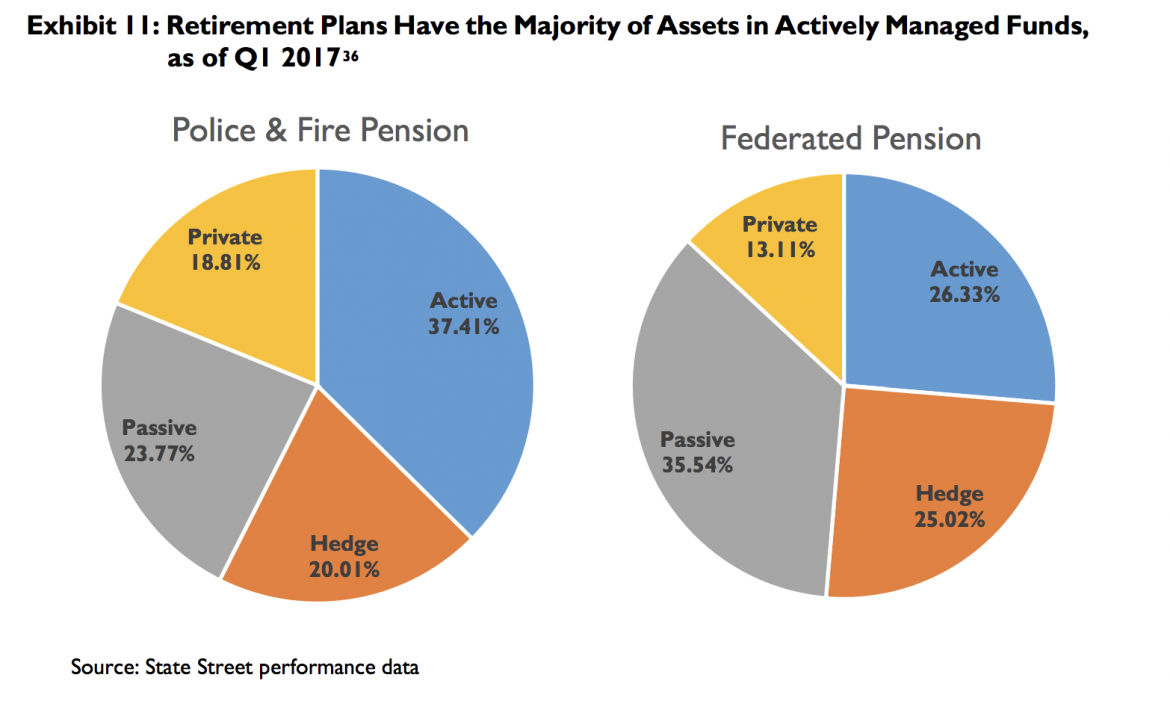 Edward “Ted” Siedle—a former US Securities and Exchange Commission attorney known as the “Pension Detective” for conducting $1 trillion in forensic investigations of the wealth management industry—says investment performance is so often downplayed, if not ignored, in debates about public pensions.

“There are three key drivers of a pension’s health,” he tells San Jose Inside. “There’s how much goes into the pot, how much goes out of the pot and how it’s managed. If any of those three are off or amiss, it suffers. Money in, money out is routinely debated because taxpayers don’t want to put more money in and there’s some belief that too many benefits are going out. But the single most important and least discussed element is the management of the money in the pot.”

What he’s found with government pensions in the US and abroad is “gross malpractice generally practiced.” It’s business as usual, and phenomenally profitable—at least for the people collecting the fees.

If the gamble paid off for the pensions, that would be one thing. But both San Jose plans consistently fare worse than virtually every peer group in California, losing out on several hundreds of millions of dollars in returns they would have realized had they met their own rosy projections—let alone performed on par with the S&P 500.

Yet while politicized debate over those 2012 pension cuts thrust San Jose in the national spotlight, talks about high fees and bad investments remain relatively muted. In the past few years, however, some local officials have attempted to nuance to the conversation.

It’s an issue he began digging into more deeply after voters ratified the pension settlement on the November 2016 ballot as Measure F. A few months later, Liccardo requested an audit of the funds’ fees. The resulting assessment was eye-opening. It showed how San Jose’s pensions have long underperformed comparative plans and saw combined net losses from 2014 to 2016 of $120 million. It also found that the Office of Retirement Services lacked clear policies for holding money managers accountable.

“The data shows that over the last 10 years, the San Jose plans’ returns were consistently lower than 99 percent of its peers,” grand jurors write. “Police and Fire did slightly better in 2018, at 91 percent lower than its peers. Over the last 10 years, the investment policy benchmarks generally ranked in the lowest quartile, reflecting the risk-averse approach of plan investment. The data also show that the San Jose plans consistently underperform their investment policy benchmarks. This indicates that the active management of funds did not serve its purpose of outperforming the market.”

In the same document, jurors cite a consultant’s estimate that the city would save taxpayers $20,000 for every $1 million reduction in investment fees.

“The most basic tenet of prudent investing is that you focus on costs because it’s the only thing you can control,” Siedle says. “But that simple lesson is still not well understood.”

Reed didn’t respond to a request for comment by press time. Matt Loesch, who helms the federated plan board, says he’ll withhold judgment until his fellow trustees have a chance to officially discuss the civil grand jury findings when they meet in August.

“But I can say that we take this stuff seriously,” he offers in a recent phone call, “and if there are things that we should be doing or could be doing to better administer the plan, then we’re open to those recommendations.”

Office of Retirement Services CEO Roberto Peña says something similar. “The … boards haven’t had a chance yet to review and discuss the report,” he replies to an emailed request for feedback. “In the meantime, we appreciate the work and effort by the grand jury on reviewing the plans and take very seriously their findings and recommendations.”

Though its investment performance ranks in the bottom percentiles among like plans, San Jose’s overall pension predicament is hardly unique.

Until the 21st century, the vast majority of public pensions invested primarily in stocks and bonds. Alternatives averaged about 5 to 6 percent of public pension investments through the 1980s and ’90s. But as pension administrators tried to make up for persistent shortfalls, they grew increasingly desperate, moving trillions of dollars to hedge funds and private equity managers.

These days, public pensions in the US spend more than $2 billion a year in fees on exotic investments to boost returns. While equities and alternatives can provide higher financial returns, they’re also vulnerable to market volatility. A 2018 review by the Pew Charitable Trusts of the nation’s 73 largest public plans, which collectively bank about a quarter of their assets on alternatives, the gambit hasn’t paid off.

Nevada’s state retirement system has become a model outlier for bucking the trend, accruing above-average returns from a traditional approach to pension stewardship. About 85 percent of Nevada’s $45 billion fund is invested in low-cost index funds run by 10 wealth managers. San Jose, by contrast, parks half its $6 billion in assets in alternatives juggled by 70 investment managers and sees subpar returns. 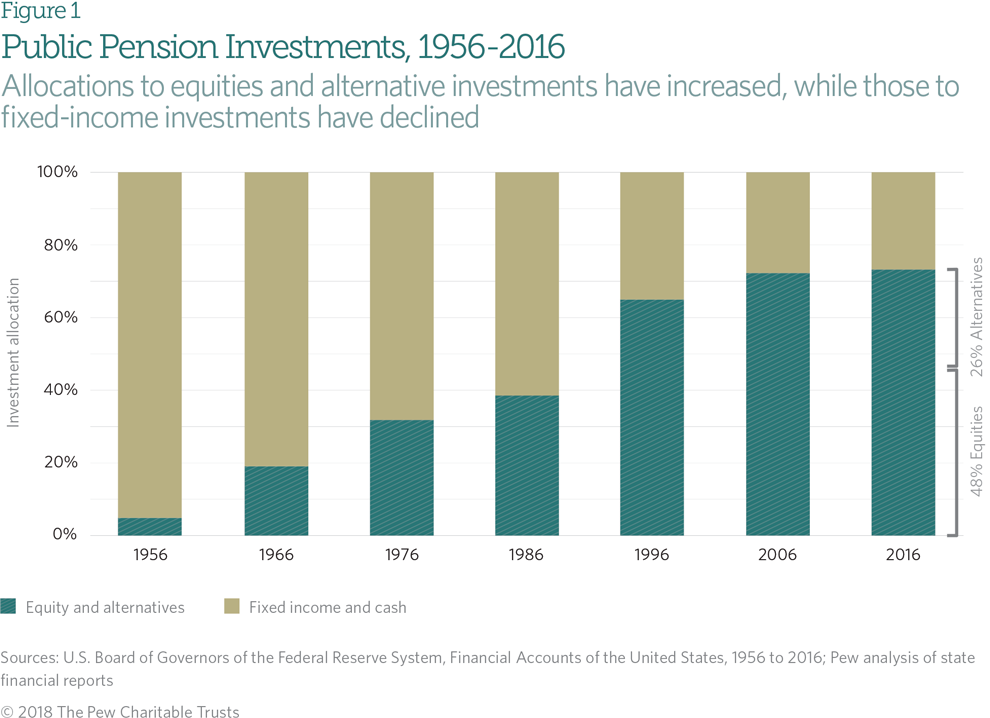 Liccardo suggests—and Siedle agrees—that the composition of San Jose’s pension boards might have something to do with the city’s massive shift to alternatives in the decade that followed the subprime mortgage crash.

Two years before Reed’s pension-cutting overhaul made it on the ballot in 2012, he championed another pivotal change to the city’s retirement plans. Under ordinances adopted by the City Council in 2010, San Jose would replace elected officials on its pension boards with people who work in the financial industry. The other half of the boards would stay the same: employees and retirees elected by their colleagues.

The restructuring aimed to prevent conflicts of interest by removing politicians potentially beholden to unions. But it apparently opened the door to a new kind of conflict between expert appointees and their peers in the finance sector, and precipitated San Jose’s ensuing move toward costly, opaque investments.

“Academics have long speculated about the likelihood of a widespread bias in the industry to prefer higher-fee, active investment approaches despite the evidence of inferior outcomes, perhaps because decision-makers tend to share the same education, career paths and social circles as those directing actively managed funds,” Liccardo reflected in the 2019-20 spending plan he released in March.

Still, the consultants who profit off the risk have the ear of the folks in charge of the Office of Retirement Services, most notably its Chief Investment Officer Prabhu Palani.

Though the department ostensibly took a more risk-averse tack in the past few years, its pension boards mulled the idea of creating a venture capital portfolio as recently as a joint meeting with the City Council this spring. And about five months before that, they fielded a pitch from consultant Ashby Monk, of the Stanford Global Projects Center, about leveraging the city’s aspirational standing as the Capital of Silicon Valley to act as an angel investor by backing seed companies.

Councilman Johnny Khamis, a non-voting member of the police-and-fire board who attended the Nov. 5 meeting with Monk, expressed willingness to take on more risk. But he said he has doubts about how it would go over with his elected colleagues. “My only concern is how do you coach this politically?” he asked.

Even an industry appointee on the board—Ghia Griarte, co-owner of Ponte Partners private equity firm—balked at the idea because of the high failure rate of new businesses.

Monk replied that they don’t have much choice but to up the city’s contributions, cut employee benefits or make up for the shortfall by betting on alternatives.

“The only way you invest yourself out of it,” he advised, “is by taking on more risk.”

In other words, exactly what got San Jose into this mess.