Councilman Pierluigi Oliverio‘s former chief of staff filed a lawsuit accusing him of sexually harassing her and calling her vulgar names.

Oliverio denied the allegations and dismissed the suit as “without merit.” City Attorney Rick Doyle said the city will “vigorously defend” Oliverio.

In her original suit against the city, filed last year, Fedor says her former boss called her “a bitch and other vulgar names on an ongoing basis.”

Oliverio, who represents Willow Glen as part of District 6, joined the City Council in 2007. He unsuccessfully ran for mayor earlier this year, finishing fourth in the primary.

Fedor ran for an elected office in 2012. She served as volunteer for Councilman Johnny Khamis in 2012 after finishing last in the District 10 June primary. In September, she went to work for Khamis, who, according to the Merc, called her “highly qualified.”

A case management session for Fedor’s case was set for February 2015. 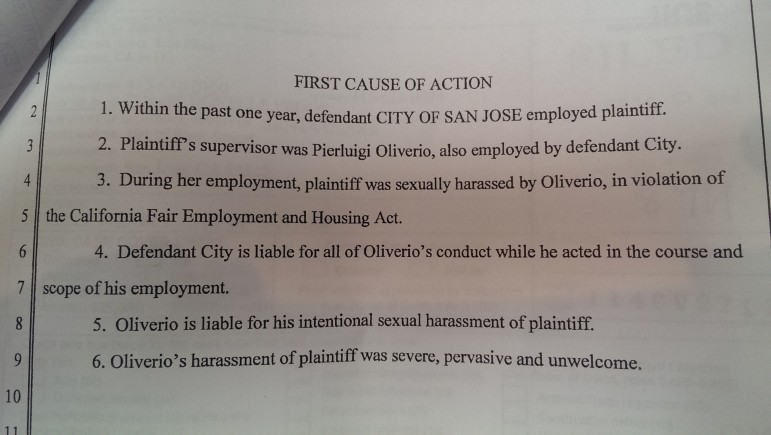