The race to succeed Santa Clara County Supervisor Ken Yeager pits a first-term trustee of the South Bay’s largest school district against a two-term representative of Silicon Valley’s largest city. Whoever wins next month will preside over a $7 billion annual budget at an agency that employs 20,000 people and serves 1.9 million constituents.

San Jose Unified trustee Susan Ellenberg, 52, and San Jose Councilman Don Rocha, 50, hope to become the critical swing vote on a five-member board that has long held a labor-friendly majority. There’s a massive workload cut out for the winning candidate: sweeping jail reforms, ambitious legal challenges to the Trump administration, the upcoming decennial census and social services to meet the needs of people marginalized by a growing wealth gap, inequities in law enforcement and discrimination based on gender, sexual orientation, nationality and residency status.

Both candidates, who’ve each raised about $200,000 to date, stand left-of-center on core issues and hold split endorsements from Yeager and progressive groups, including the Bay Area Municipal Elections Committee, the Santa Clara County Democratic Party and the Sierra Club Loma Prieta Chapter. Policy-wise, they diverge only slightly when it comes to prioritizing county resources should they win the District 4 seat, which represents San Jose’s Cambrian, Rose Garden and Willow Glen neighborhoods as well as the cities of Campbell and Santa Clara and unincorporated Burbank.

In a poll paid for by an independent expenditure committee co-founded by Ellenberg supporter and Silicon Valley Leadership Group CEO Carl Guardino, his preferred candidate’s messaging put her ahead of Rocha.

For voters torn between two progressive candidates, however, identity could be the deciding factor in an election cycle widely considered to be a “year of the woman.” The Mercury News article on Monday suggested that gender may influence the outcome of the race, especially since their June primary challenger Dominic Caserta withdrew his candidacy in the primary in response to sexual assault allegations.

With just a couple weeks to go until the Nov. 6 election, here’s a refresher on where the D4 candidates stand on the issues based Q&As, forums, media interviews, op-eds and campaign websites, and how they plan to govern if elected to the Board of Supervisors. 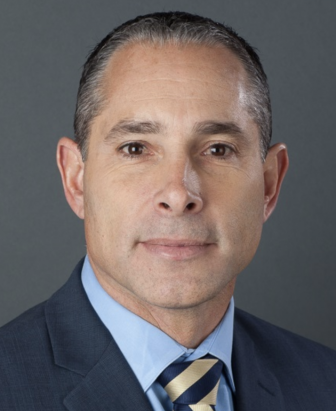 A lifelong South Bay resident who graduated from San Diego State University with a degree in political science, Don Rocha has worked in public service for the better part of two decades. After six years at the city’s now-defunct Redevelopment Agency, the father of three went on to serve on the Cambrian School District governing board before his election to the City Council in 2010.

Rocha said he decided to run for supervisor to strengthen services for the region’s most vulnerable residents and to tackle housing affordability, homelessness, traffic, growth and public safety.

“It’s the work that I’ve been doing at the city council, so it really affords me to continue the work that I’ve already done and even expand it on a greater scale at the county,” he said in a recent Valley Politics interview sponsored by the Santa Clara County League of Women Voters.

In a SVLG questionnaire, Rocha also cited health care coverage as one of his most pressing concerns. “After the passage of the Affordable Care Act, we have made progress in reducing the number of uninsured residents in Santa Clara County,” he replied. “It’s critical that we maintain and build upon these gains, even in the face of threats to the ACA at the federal level.”

Throughout this campaign season, Rocha has stressed the importance of taking “a regional approach” to address these issues. One way he plans to do this is by reviving a countywide committee made up of officials from various local jurisdictions to tackle housing and transit.

Partnerships are key within county government, too, he said. The Sheriff’s Office, which has faced unprecedented scrutiny since the 2015 murder of mentally ill inmate Michael Tyree by three jail guards, is in the process of launching an office of independent law enforcement oversight.

“This isn’t just about incarceration, this is about programs and diversions,” he told CreaTV’s Valley Politics host Terry Christensen in the televised forum earlier this month. “So everybody has to be at the table. I wouldn’t suggest that one person lead—everybody should be a partner.”

Rocha has repeatedly commended the county for its well-managed network of public parks and called the Valley Health Care System a “crown jewel” of local government. He applauded the current Board of Supervisors for getting Measure A, a $950 million affordable housing bond, across the goal line in 2016.

Priority number one as a board member, he said, would be to make sure Measure A dollars are spent “effectively and efficiently, but also in the right place.”

“I want to be at the table on that particular issue,” he told Christensen in the CreaTV interview. “And then the homeless—to me, they go hand in hand. I think a significant amount of the population on the homeless side is a result of the housing affordability issue here. So hopefully working on those two issues from different angles will make a dent in this tragic housing crisis we have here.”

Rocha has said he plans to follow Yeager’s lead as part of the majority bloc comprising supervisor Cindy Chavez and Dave Cortese. Though Rocha is considered the union-aligned candidate and enjoys support from the South Bay Labor Council, he has proven his independence by reaching across the aisle on certain issues. For example, Rocha notes in his SVLG Q&A that he went against labor’s wishes in 2012 by supporting a controversial pension reform measure passed by voters as Measure B, which he said he later realized was a mistake and worked to remedy it.

And while critical of Google’s potential to displace low-income San Jose residents with its move to downtown, Rocha agrees with Ellenberg that the company’s move would be a net positive for a city that holds itself out to be the Capital of Silicon Valley. 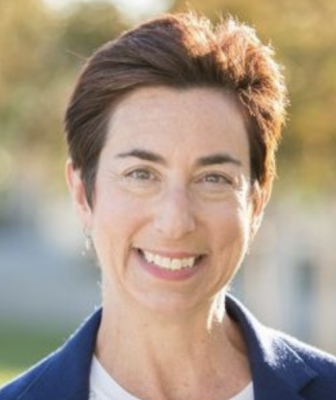 A Pittsburgh, Pennsylvania, native who graduated from Barnard College before earning her law degree at Columbia University, Susan Ellenberg found success as an attorney but said she felt a calling for community service that would one day lead her to elected office.

Ellenberg, a social justice teacher at Yavneh Day School, became deeply involved in the San Jose Unified School District while her three kids were still in elementary school. In 2014, with her youngest daughter a freshman at Lincoln High, she took the plunge and ran for the district’s Area 2 seat.

Her work in the ensuing years inspired her to eye the supervisor seat because so many of the issues at the school district overlapped with those at the county, which led her to volunteer as a jail monitor and a member of the Santa Clara County Commission on the Status of Women.

“One of the primary concerns that I’ve had as a school board member has been the partnership with school-linked services,” she told Christensen at the Valley Politics forum. “County government is in a position to support our students by providing mental and behavioral health care, access to dental services, well-child checkups as well as a wide variety of learning supplements.”

Regional crises of homelessness and affordability had a direct impact on the families she served in SJUSD, Ellenberg explained.

“It’s what I have seen as school board member in terms of the number of students we have who are unstably housed, who have inadequate access to nutrition, healthcare, no early childhood educational opportunities—a whole litany of challenges that we can’t address at the school board level, those are all the levers that are at the county,” she said. “I believe that strong partnerships between county government and schools will improve student performance, which will lead to a better-prepared workforce.”

Ellenberg said she would like to see the county to ramp up services for the neediest residents and bolster oversight of its troubled jails.

In an op-ed earlier this summer, Ellenberg said she believes the board of supes also needs to make better use of county owned land like the Old City Hall Annex, which was briefly considered as a potential site for short-term homeless housing.

“I think the county needs to set the example,” she reiterated in her Valley Politics interview. “We’ve got the Measure A dollars, which give us tremendous leverage.”

The county should figure out how to make the most out of its biggest properties, too, Ellenberg said, including the fairgrounds and the Reid-Hillview Airport.

Should she win the D4 seat, Ellenberg said her top priority would be to address the root causes of homelessness using a four-pronged approach. That is, to build permanent supportive housing as quickly as possible, expand mental and behavioral health services, ensure that folks coming out of the criminal justice system land on their feet and to improve outcomes for young adults aging out of foster care.

“That’s a real touch point for likely homelessness as well: kids that are transitioning out of the foster care system,” Ellenberg told Christensen. “Looking at all four of those in connection to homelessness is crucial.”

Like Rocha, she said she supports statewide measures that would generate billions of dollars in revenue for below-market-rate housing and mental health services. But, unlike her rival, she opposes Prop. 10, which would overturn Costa Hawkins, a law that limits rent control to units built after 1996 and, in San Jose, after 1979.

In terms of political allegiances, Ellenberg has said on several occasions that she believes she’d work well with Supervisor Joe Simitian, who often votes in step with his colleague Mike Wasserman, but that her record speaks to her independence.

For example, Ellenberg worked for the Silicon Valley Organization (SVO), one of the region’s leading business advocacy groups, but left during the primary on less-than-amicable terms and without its endorsement. While backed by a host of business-aligned leaders, including San Jose Mayor Sam Liccardo and SVLG CEO Carl Guardino, who’s been raising money through an independent expenditure committee to boost her chances Nov. 6, Ellenberg has also garnered support from labor-loyal figures such as former Congressman Mike Honda and ex-Assemblywoman Nora Campos and from unions such as the San Jose Teachers Association and the Registered Nurses Professional Association.

Jennifer Wadsworth is the news editor for San Jose Inside and Metro Silicon Valley. Email tips to [email protected]ronews.com. Follow her on Twitter at @jennwadsworth. Or, click here to sign up for text updates about what she’s working on.