San Jose helped spearhead a record-setting year for property values in Santa Clara County, according to recently released data. The annual assessment roll hit $516 billion, a 6.79 percent increase over the prior year, according to county Assessor Larry Stone.

The assessment roll reflects the total net assessed value of all real and business property in the county as of Jan. 1. Deputy Assessor David Ginsborg said it’s the first time property values in the county have totaled more than a half-trillion dollars.

According to Ginsborg, South County experienced one of the highest growths in assessed value compared to other cities in the county, just below Milpitas, Campbell and Mountain View. Morgan Hill’s assessed property values weighed in at a little more than $10.2 billion, a roughly 8 percent increase over the previous year. Gilroy also experienced a bump in value, coming in at $9.2 billion, a 6.4 percent increase.

Since the nation began pulling itself out of the Great Recession in 2010, Santa Clara County’s assessment roll has grown 53 percent, more than any time since the hyperinflation period in the early 1980s, according to Stone.

Stone attributed the county’s increase in the assessment roll to mega office and commercial developments and major property acquisitions by tech companies. For instance, Apple and Google alone accounted for 3 percent of the total increase.

Yet many of the same companies that elevated the assessment roll also comprise the majority of claims contesting property tax assessments.

Fifty percent of local property tax revenue generated in Santa Clara County goes to fund public education. However, the data is pointing to a “cooling down” of the economy, according to the assessor’s office.

Here’s a look at some other key takeaways from the county’s latest assessment roll report.

The rate by which the county’s assessment roll has grown over the past eight years, more than any time since the hyperinflation era of the 1980s. The total value and growth for every local city and school district in the county can be found online at sccassessor.org.

The share of tax revenue generated in this county that fund public education in the South Bay’s 31 distinct kindergarten-through-12th grade school districts.

The amount by which the total assessed value of all Google properties increased from 2017 to last year. According to Stone, much of the growth we’ve seen in the past several years has been driven by mega office and commercial developments by companies including Google, Apple, LinkedIn, Adobe and Nvidia.

That’s how much the total assessed value of all Apple properties grew from 2017 to 2018.

The number of jobs that now depend on the technology industry in the Bay Area.

The uptick in San Jose’s median income over the past few years, bringing it to $122,000—the 10th highest nationwide. “We are adding jobs, in spite of record home prices, traffic jams, fears of trade wars and labor force constraints,” Stone says. “If the Bay Area was a country, it would be the largest economy in the world.”

Meanwhile, the county’s jobless rate is slightly over 2 percent. That’s well under the U.S. unemployment rate of 4.3 percent and, Stone says, effectively “full employment.” That’s not necessarily a good thing. “Extremely low unemployment rates in Silicon Valley have driven the cost of tech talent to an all-time high, creating a serious high-tech labor shortage,” he explains. “Employers, particularly technology companies, are having problems hiring skilled employees due to sky-rocketing housing costs. The lack of affordable worker housing is making it impossible for employers to fill existing jobs.”

The office vacancy rate in Silicon Valley, which fell from 25 percent in 2009. Countywide, some 7.7 million square feet of office space was under construction by the end of the first quarter this year—the most since 2000. About 75 percent of that space was pre-leased during the construction phase. Stone says there’s been a slowdown of the “unsustainable and frenzied” leasing activity of 2015 and 2016 in part because of the massive influx of new office space. Those changes, he says, will likely slow the assessment roll growth in future years. 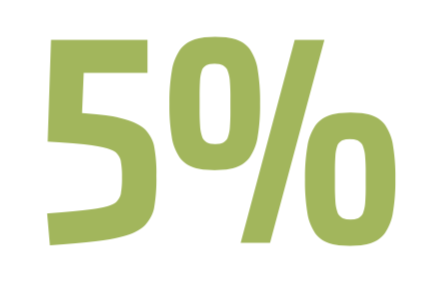 The vacancy rates for apartments, whose average costs countywide ticked up by more than half since 2010. Coupled with trends in the commercial sector, Stone says he counts those as some “early indicators that the economy may be in transition, if for no other reason than we are due for a recession.” “Nationally, job growth has slowed dramatically,” he says. “We are seeing a marked increase in ‘for rent/lease’ signs outside of major apartment complexes in addition to concessions such as free rent and reduced deposits to attract tenants—a clear signal that the peak of the apartment market has passed.”