A new database compiled by renowned sociologist Matthew Desmond gives us the clearest picture yet of the silent epidemic of displacement in the U.S.

The author-researcher and his team combed through 80 million eviction records across the country to come up with the statistics, which are far less grim here in Silicon Valley compared to regions on the East Coast. Keep in mind, though, that the Eviction Lab only tracked court-enforced evictions, which is just one form of displacement. 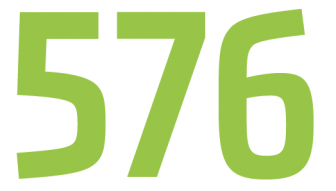 The number of court filings from the year 2000 to 2016 that Desmond and his team combed through nationwide to come up with their Eviction Lab database. The first-of-its-kind tally showed that in 2016, landlords ousted 2,461 people a day throughout the U.S. for a grand total of 2.3 million evicted households. That’s a conservative estimate, however, because it only counts evictions that touched the legal process.

Just about 1 in every 3 households in San Jose are considered rent burdened, which means they pay more than a third of their combined income on rent. Being rent burdened puts people at greater risk of displacement.

The number of California households evicted 2016—which is less than half the number evicted during the economic downturn in 2008 and 2009.