For his first seven weeks of life, Jerome Souza squirmed and screamed and sucked in vigorous lungs-full of air. A beautiful baby, hearty and hale, the doctor told his father, Eddie Souza.

But around two months old, Jerome—his parents call him “Jerry”—contracted a fever that hovered around 106 degrees. He began stiffening up with seizures. Doctors blamed toxins from a faulty batch of booster shots, which they said forever damaged his brain. “Chemical insult to the brain,” they called it. Jerry lost mobility, confining him to a wheelchair for life.

The Souzas got a court settlement and structured their lives around their only child’s every need. In 1976, the year of Jerry’s birth, Souza and his wife co-founded Parents Helping Parents, a peer support group for families of disabled children. The nonprofit still runs strong; it helped more than 4,800 families this past year alone. As mayor of Santa Clara from 1985 to 1994, Everett “Eddie” Souza, 71, held fundraisers for groups that helped the disabled and raised their profile in the community.

“My whole life I’ve fought for the handicapped,” he says.

When Souza built his Santa Clara home, he designed it with Jerry’s wheelchair in mind. Single story, wide hallways and double doors, bathrooms with handrails and ramps. On an oaken eave over the front, wooden letters welcome visitors to “Jerry’s Place.”

“People were calling this ‘the mayor’s mansion’ when this was being built,” says Souza, who still looks after his 39-year-old son. “I was telling them, ‘No, this is Jerry’s place.’ I finally put the sign up to let them all know whose house this really is.”

But in a lawsuit filed last month, a crusading husband-and-wife legal team have accused Souza of “waging a war against the disabled.” Six years ago, Souza inherited an aging strip mall just blocks from his home. Randy and Tanya Moore, and a wheelchair-bound client, Cecil Shaw, allege the property and its businesses fail to comply with the federal Americans with Disabilities Act (ADA). In an unusual twist, both Souza and the Moores bill themselves as champions of the disabled.

“I decided to take a stand,” says Randy Moore, elected vice chairman of the Democratic Party’s State Disabilities Caucus, and one half of San Jose-based Moore Law Firm. “I made the determination to make a difference. I wanted to see disabled war veterans not be treated as second-class citizens. I wanted to see greedy businesses taken to task for violating ADA requirements.”

His wife, Tanya Moore, who declined an interview request, became expertly acquainted with disability access laws during her time as a city of Santa Clara attorney. She’s since come full circle in a recent spate of lawsuits targeting small businesses in Santa Clara and, in this case, the city’s former mayor, Souza, who has his own colorful past.

Moore's husband, a successful trial lawyer who opened his practice in 1993, says he made ADA cases his specialty after his brother lost mobility in a motorcycle crash. Together, they hew to the notion that fighting for the disabled means filing as many lawsuits against non-compliant businesses as possible.

In the 25 years since ADA became law of the land, millions of dollars have gone to settlements, a phenomenon widely reported and intensely debated. People with disabilities simply want access to shops and restaurants, while companies hit with lawsuits—almost always by serial litigants demanding hefty sums of cash—call it a legalized shakedown. But a large number of small businesses have not complied, remaining open targets for what they call “drive-by litigation.”

California is home to 12 percent of the country’s disabled population but 40 percent of ADA lawsuits. That’s due to a related law that sets damages at $4,000 per violation, making California a gold mine for ADA claims.

When President George H.W. Bush signed the ADA into law, congressional leaders wanted the benefits of regulation without the responsibility of paying for it. So they relegated enforcement to private sector trial lawyers. In 2006, the U.S. Ninth Circuit Court of Appeals admitted in a ruling that it “may indeed be necessary and desirable for committed individuals to bring serial litigation advancing the time when public accommodations will be compliant with the ADA.”

But critics call private enforcement a phenomenal public policy failure, paving the way for “legalized extortion” and “ransom” that, according to the California Justice Alliance, has targeted 35,000 businesses across the state. Groups pushing for reform in Sacramento want to see businesses given a chance to remedy the violations before being sued. In 2012, a widely touted ADA reform law nixed the requirement for attorneys to send pre-litigation demand letters, making it easier and faster to file a lawsuit.

The Moores say they’re simply upholding the spirit of the law and the real issue is continued non-compliance.

“The real problem here is that, more than 20 years later, businesses, for whatever reason, have failed to comply,” Moore says. “Then, once they get caught, they bitch about it. They don’t want to be told what to do, even when it comes to making things accessible.”

Shaw, one of the Moores’ regular clients, files close to 20 lawsuits a month, making, according to the law firm, about $500 a settlement (or $10,000 a month). Virtually every single case gets settled. Moore says his firm works with somewhere around 150 such clients, filing as many lawsuits as possible against as many businesses as possible. He portrays himself as a civil rights champion—not an opportunist gaming the system.

“I’m not a bottomfeeder,” he says. “I like money—I want all the money I can get. I have no problem saying that. But I could make much more money doing something else and I don’t make nearly as much as these goddamn defense lawyers or as much as the lobbyists who defend businesses in violation.” 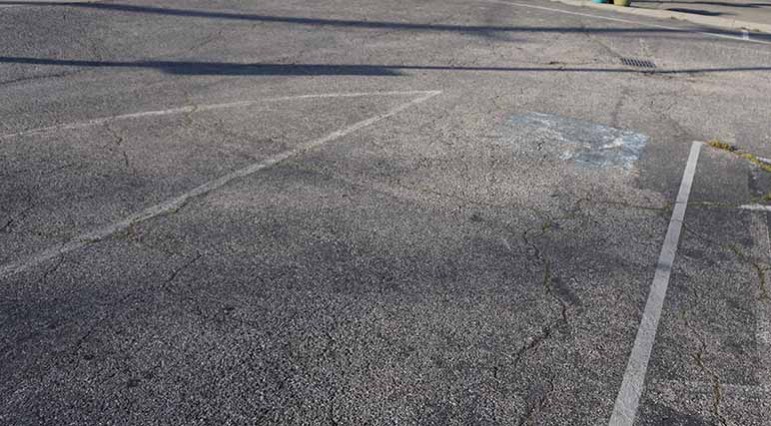 “It’s not hard to find a violation,” Moore admits, telling me that I’ve “probably been fed a bunch of bullshit, a bunch of propaganda” about how he makes false claims and defendants in ADA cases are the victims. “You know what? They’re all guilty of violating the law. They should be ashamed.”

In his lawsuit against Souza’s tan flagstone shopping center in Santa Clara, Shaw, who gets around by wheelchair, says he had trouble finding handicap parking because the blue-and-white paint marking was so faded. He says a ramp leading up to the entrance was improperly configured and inside one of the shops, namely Cute Flowers and Gifts, he saw the aisles were so narrow he would knock things over. His wife had to hand him items so he could make a selection, according to the lawsuit. The barriers, he claims, were “so obvious” that they imply discriminatory intent.

“I wish somebody had told me, I would have just painted the parking spot,” Souza says while touring the store Shaw scouted for violations. “I would have painted this in a heartbeat. All the time, I’m thinking about handicap accessibility. I think, ‘Would my son be able to access this place?’”

Though he inherited some of the land his family acquired generations ago, Souza says he has lived most of his life at or below the poverty line, partly because of medical costs to care for his son. Moore contends that the people he sues are millionaires who can afford to become compliant.

“We’re struggling,” Souza says, pointing to vacant storefronts and cracked asphalt on his corner property. “I don’t go crying about it. I’m not asking anybody for any help. I just want to be left alone so I can take care of my family.”