Dressed in a blue lace teddy and pink ankle socks, a young woman opens the door expecting her third client of the night.

The man—unassuming in a rumpled plaid button-down, jeans and sneakers—asks if she’s “Lexi,” the one he’d been texting about a $160-an-hour blowjob-and-then-some romp by way of Backpage.com. Yes, she replies, wondering aloud if he brought condoms.

A quick exchange, but with the Bitcoin-paid ad for a “SeXy Latina” that brought him to the Holiday Inn, it’s enough for a bust. The undercover cop flashes his badge.

Moments later, a handful of officers join him in the double-king suite. It’s a surprisingly upscale room, one remarks. Lexi sits on the edge of the bed nearest the door, blank stare, back slouched, legs crossed and one arm self-consciously clasping her midriff. Police dump the contents of a black-and-pink Adidas duffle bag on the other bed: receipts, makeup, out-of-state government documents, an empty burner phone box and a baggy of meth with a glass pipe.

One of the officers hands Lexi an aqua-blue hoodie and blue Golden State Warriors sweatpants to wear. The lone female officer asks about the name tattooed in black cursive on her left forearm. Anthony, that’s her son. What about “Queen Star,” inked in thick, looping script on her neck?

“The girl I used to work for,” she says.

“Your pimp at the time?”

Lexi shrugs. Has she heard of human trafficking? No, she answers.

Sgt. Eric Quan, who leads the San Jose Police Department’s Human Trafficking Unit, asks if she’s thought about getting out of this life.

Yes, she says, but she always comes back.

Up until her 18th birthday, that would have made Lexi a sex slave and the hotel sting her emancipation. A social worker would have been summoned and the man who booked the room arrested for human trafficking.

But Lexi’s 20 now—too old to rescue unless she asks. Instead, she’s cited for prostitution.

San Jose Inside accompanied San Jose police officers on a seven-hour undercover human trafficking operation in April that ended as a prostitution sting. It’s an outcome that underscores the complexity of enforcing anti-trafficking laws with adults and how the line between coerced and consensual sex work can get blurry.

San Jose’s use of its human trafficking unit to arrest prostitutes also touches on a national debate over how to identify, let alone help, victims of sexual exploitation. 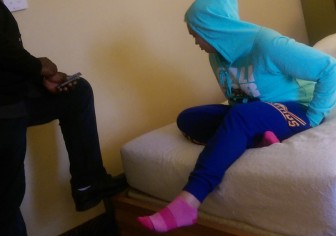 Lexi—the name used in her online ad—told San Jose police that her mom sold her to a pimp when she was only 14 years old. (Photo by Jennifer Wadsworth)

“Maybe they’re a victim, but they don’t want to report their trafficker,” says Sgt. Quan, a department veteran who’s spent the past few years working with local nonprofits to build what he calls a more victim-centered approach. “Maybe they’re scared. Or maybe they’re thinking how else they would make $1,000 a night. Ultimately, it’s up to them.”

The most sensible tack, he says, is to target youth. California law deems any minor involved in commercial sex a victim of trafficking, immune from prosecution and entitled to social services.

“Sex trafficking with minors is low-hanging fruit,” says civil rights attorney Ruth Silver-Taube, who serves as the legal services chair of the decade-old South Bay Coalition to End Human Trafficking. “The prosecutor need not show force, fraud or coercion. A commercially exploited minor, even [one engaged in] survival sex, is automatically a trafficking victim. There is nothing else to prove.”

Coupled with higher penalties for pimps and traffickers passed in 2012, the policy has emboldened authorities to narrow their focus to victims under 18. To that end, the SJPD merged its missing persons, juvenile and human trafficking units this spring. Women and children involved in prostitution are now seen as victims instead of criminals.

“We saw so much overlap in those units anyway,” Sgt. Quan says. “It made sense to combine them.”

To authorities, the difference between trafficking—considered modern-day slavery—and prostitution comes down to not only a person’s age but also the intent and funding behind the enforcement. A vice squad goes after prostitutes. A human trafficking unit looks for slaves and captors, using federal and state grants designated for the purpose.

It should be noted that the South Bay’s anti-trafficking crackdown has focused almost exclusively on the sex trade, despite global estimates that the vast majority of trafficking cases involve forced labor in fields such as agriculture, domestic work, construction and manufacturing. A repeated refrain from authorities when asked about the systemic blind spot is that forced labor is tough to prove unless the victims dare to come forward.

The South Bay's anti-trafficking coalition formed in 2004, but didn’t get state and federal funding until a few years later. From 2008, San Jose specifically has received annual grants ranging from $50,000 to $500,000 to pay for police overtime pay, cameras, binoculars, night vision monoculars, cellphones and phone number-reset software, body wire and other equipment for undercover ops.

Because of those efforts, Sgt. Quan says, SJPD has rescued upward of 80 minors forced into sex work in the past few years. The department went from dealing with only a few human trafficking cases in 2009 to two-dozen in 2012 and 37 in 2015. The number of identified victims went from four in 2009 to 44 in each of the past two years.

What’s less defined, however, is the protocol for helping women deemed too old for rescue, particularly young adults aged 18 to 24. 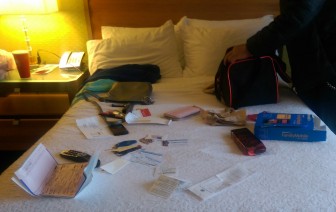 Police search a woman's duffel bag before issuing her a citation. (Photo by Jennifer Wadsworth)

“How to meet that gap, I don’t know,” says Flores, who helped coalesce the South Bay’s interagency anti-trafficking coalition 12 years ago. “I think the biggest issue right now is a lack of resources. You can’t force people to get help. That’s their choice.”

Though police try to target minors because of their legal classification as victims, it can turn into a guessing game. Hours before SJPD followed the ad to Lexi, officers scoured online sex ads for young-looking escorts—hardly a scientific measure. A lot of the women don’t even use their own photo.

“We have to gain the trust of the victims,” Stenderup says. “When we’re dealing with human trafficking, it’s similar to domestic violence victims in the sense that there’s a lot of manipulation, there’s a cycle of violence, and the victim relies on the exploiter. It’s a tough cycle to break.”

When a sting nets an adult, he adds, sometimes they just let them go. “We’re not here to fight prostitution,” Stenderup says, “we’re here to fight human trafficking.”

Still, Stenderup and Quan note, commercial sex breaks laws police have sworn to uphold, so they can’t let them walk every time.

Inside a garish orange motel room that smells like pot, police banter with two young women in their early 20s, one in a long-sleeved black top and the other draped by a Sponge Bob Square Pants blanket.

Like many of the sex workers police encounter on these stings, they’re from out of town. Moving sex sellers from city to city, state to state can become a form of control, police later explain. Their presumed pimps, two 19-year-old men who say they drove the women up from Fresno, sit on the curb outside.

In the room, the women seem relaxed, compliant. Police elicit laughter from the pair with a few wisecracks about the snacks, rolled-up cash and a nug of weed that turn up during a search of the room. Then, the conversation takes a turn for the serious.

“No one’s forcing you to do this?” an officer asks. “You sure about that?”

“I’m positive,” the blanket-covered woman insists. “I take care of my own thing.”

The men outside are just friends, they say. The women politely respond to the officer, but their tone grows more exasperated each time he repeats the query.

“Do you understand that there is help if you want?” the same cop offers after his colleague fingerprints the women and writes them each a citation.

“I do understand,” she replies, “but I’ve been doing this for a long time.”

“Anything else you want to tell me?” 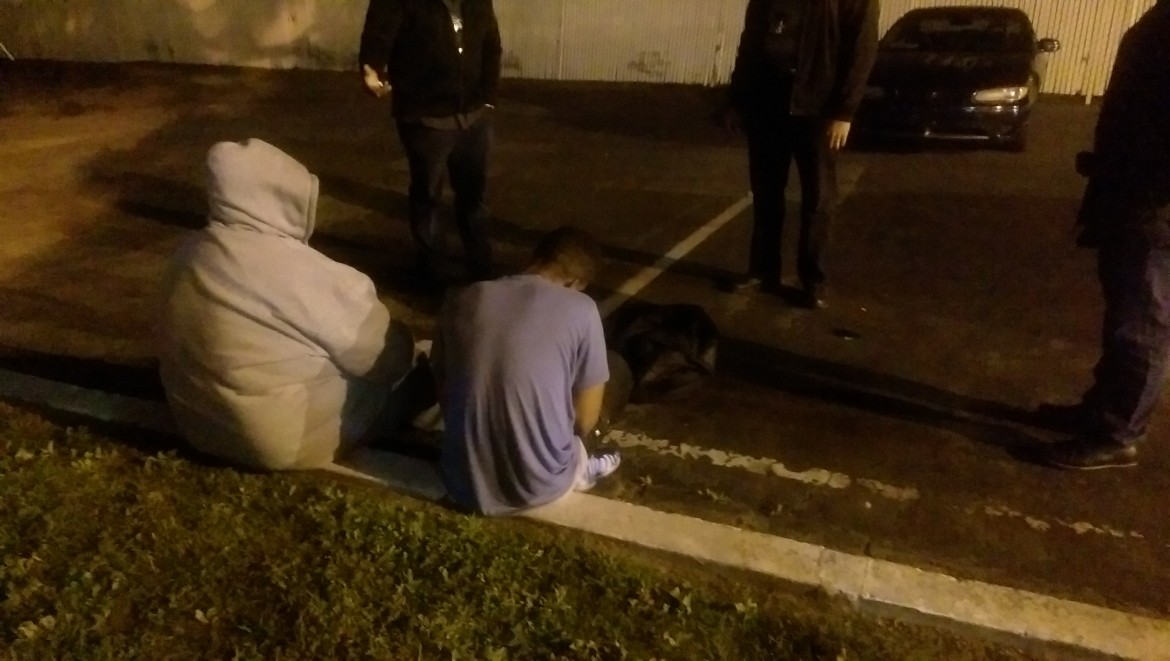 Outside a Motel 6, police question two presumed pimps about what brought them to San Jose from Fresno. (Photo by Jennifer Wadsworth)