Investigators have arrested a man suspected of slaughtering nearly a dozen cattle in Morgan Hill back in June. Santa Clara County sheriff’s deputies caught up with Marc Belluomini, 54, at his Fremont home Monday and booked him on 11 counts of animal cruelty, two counts of illegal cattle driving and one count of brandishing a gun. 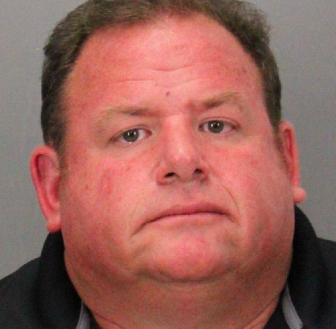 Authorities say Belluomini killed the cattle over a grazing dispute with two other ranchers.

Earlier this year, Belluomini—who owns 1,500 acres of land in unincorporated South County by the Canada de Los Osos Ecological Preserve—reportedly agreed to let the other ranchers’ livestock roam on his property.

In May, the grazing pact began to break down to the point that one of the cattle owners wanted to remove his livestock from Belluomini’s acreage, according to Sheriff’s Office spokesman Sgt. Richard Glennon.

Belluomini wasn’t having it, police say.

The rancher then alerted the Sheriff’s Office about the confrontation.

Investigators form the Sheriff’s Office Rural Crime unit interviewed all three men and negotiated a settlement to withdraw the livestock fro Belluomini’s land. Everyone seemed to agree at the time that it was the best way to resolve the situation, authorities said.

But Belluomini was apparently unwilling to let bygones be bygones.

On June 5, sheriff’s deputies got a troubling tip: someone had killed a bunch of cattle and buried them on Belluomini’s property. That prompted a full investigation, a slew of search warrants and the unearthing of 11 slain and bullet-riddled cattle.

“I am extremely proud of the exquisite work by our investigators in this unusual case,” Sheriff Laurie Smith said in a press release. “I truly hope justice will be served in response to the cruel killing of these animals.”

Belluomini, who was booked at the Main Jail, walked free after posting $200,000 bail.