A year in review is rarely pretty, and 2015 was no exception. Across the nation, racial tensions ran hotter than they have in decades. Guns continued to kill American citizens at an unprecedented rate. And an anti-Mexican/Muslim/Women toupee posing as a presidential candidate surged to the top of the Republican field.

There were a couple happy exceptions, however. San Jose made peace with its unions, ending a protracted battle over pension reform, and the Supreme Court ruled that all people have the right to marry the person they love.

Here’s a brief list of the some of the biggest stories that made 2015 a year to remember, and soon leave behind.

The hashtag is mightier than the bullet

#BlackLivesMatter started as a trending topic, an expression of outrage over police shooting unarmed black men. But by the outset of 2015 the movement had become a force to be reckoned with. It would enter the presidential debates—at least on the Democratic side—and influence policies on police accountability.

Oh, and that bad statue too

“Cool Pope” lost some cred after hinting he would make Junipero Serra a saint, enraging Native Americans who still remember Serra’s role in the enslavement, torture and repression of California’s original residents.

Baseball plays by its own rules

San Jose swung for the fences but came up a big whiffer, as the U.S. Supreme Court walked away from city’s challenge to Major League Baseball’s antitrust exemption.

Steve Harmon left behind a prestigious statehouse reporting gig to be a spokesman for Assemblywoman Nora Campos (D-San Jose). A year after slamming a San Jose Inside report uncovering Campos’ reign of terror, Harmon spilled the beans on Campos and her then-chief of staff, saying “unless you’re slapped or hit physically or [sexually] harassed … they can treat you any way they want.” 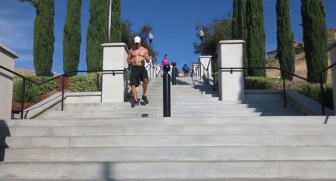 Communications Hill residents were none too pleased with the influx of uninvited visitors and their early-morning workouts, obstructive parking, drug use and public displays of nudity. State Sen. Jim Beall came to the rescue with a bill that effectively turned the grand staircases into a park where CrossFit and public sex is outlawed.

George Shirakawa Jr.’s odyssey of abusing the public’s trust came to an end as the thieving ex-county supervisor pleaded no contest to political mail fraud, without ever coming clean about who helped him steal elections. In a farcical sentencing hearing, Judge Ron Del Pozzo, a past Shirakawa political supporter, nearly held the lead prosecutor and defense attorney in contempt before giving Shirakawa just 45 days community service.

Despite a drop in traffic congestion, a sect of shopkeepers along Lincoln Avenue squawked like the rapture had arrived when Willow Glen’s “Road Diet” repaved the street from four lanes to three. Merchants cited massive drops in customers and revenue, but when push came to shove, refused to open their books. 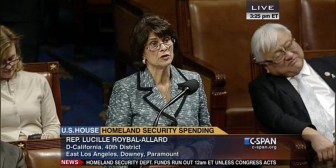 Is this Mike on?

Rep. Mike Honda continued to fall asleep on the job, in front of cameras, but an Office of Congressional Ethics investigation—launched as a result of San Jose Inside’s reporting—seemed to snap him out of his coma. A report released in September found “substantial reason to believe” Honda and his staff broke laws by using official House resources to boost his re-election campaign, and maybe even gave top donors pay-to-play perks. 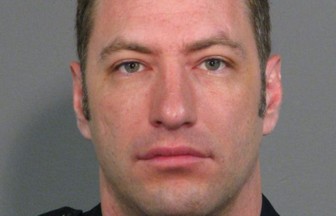 On March 24, Michael Johnson became the 12th San Jose police officer killed in the line of duty, when he was ambushed by a suicidal shooter in South San Jose. A 14-year veteran of the department, law enforcement from across the country congregated in a packed SAP Center to honor Johnson’s life and service. He was 38 years old.

Khanh Russo, a senior policy advisor to San Jose Mayor Sam Liccardo (pictured), learned a hard lesson: stick to your strengths. Humor isn’t one of them, as Russo had to apologize for wishing Hitler a happy birthday on Facebook. 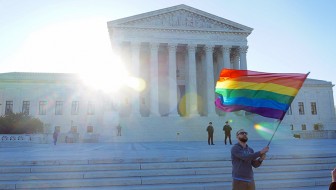 In a hard-fought victory for gay rights, the U.S. Supreme Court ruled in a 5-4 vote that same-sex marriage is a constitutional right. “No longer may this liberty be denied,” Justice Anthony M. Kennedy wrote for the majority in the landmark decision. In 1972, a gay couple from Minneapolis appealed a similar case to the high court, which rejected it for lack of merit. Thanks to the litigation and activism that followed, the question of same-sex unions went from quixotic to constitutionally mandated.

Former San Jose Mayor Chuck Reed is a man of principles, and taxpayers paid dearly to sustain his moral compass. After being fined $1 for violating state laws on political contributions, Reed appealed and won his case, costing the state $106,000 in legal fees.

Trump and the Crazy 86

Donald Trump’s hair descended an escalator and plainly laid out its plan to rid America of Mexican drug dealers and rapists, which, the hairpiece estimated, is roughly, más o menos, everyone in Mexico. 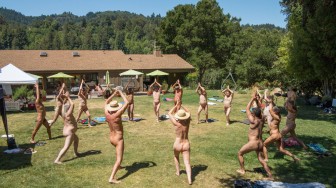 Lupin Lodge, the revered nudist resort in the bucolic Santa Cruz mountains, apparently transmogrified into a camp of scofflaws and indentured servants, as the DA charged owners Glyn and Lori Kay Stout with felony water theft. Soon after, some of the dozens of live-in workers filed a lawsuit accusing the Stouts of violating a litany of labor laws that could qualify as human trafficking.

A new rapid bus route through East San Jose was supposed to take a little more than a year, but delays, safety issues and a struck gas line forced the Valley Transportation Authority to consider $50,000 payouts to enraged business owners.

San Jose Councilman Johnny Khamis and Mayor Sam Liccardo want to deputize garbage trucks by equipping them with license plate scanners to download data on parked cars throughout the city. Privacy advocates complain the idea stinks to high heaven—but still not as bad as Newby Island. 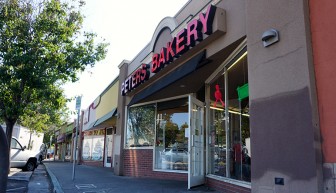 Peters’ Bakery, an East Side institution, is mired in litigation over a dispute between the owner and a longtime employee.

The second-generation owner of East San Jose’s Peters’ Bakery—whose burnt almond cake is the stuff of local legend—found himself on the receiving end of a federal lawsuit for allegedly discriminating against a longtime clerk. Chuck Peters allegedly told a Mexican-American employee to lose her accent and lighten up about the term “wetback.”

Michael Tyree was diagnosed with a mental illness, and like so many others he was homeless, battled drug addiction and cycled in and out of the clink for petty theft, possession and other minor charges. On Aug. 27, he was found dead in his cell and three jail guards were charged with his murder. The tragedy shone a light on the festering systemic abuses in local jails, and the thuggish subculture that dehumanizes the people jailers have a responsibility to protect.

Embarcadero Media Group had its weekly newspaper websites temporarily shut down after a grammatically challenged message claimed to be an attack perpetrated by the hacker collective Anonymous.

San Jose rents have ticked up more than 50 percent since 2010, forcing thousands of families to double up, move back in with parents or endure adulthood while cohabitating with roommates. At least we’re all living the same shitty sitcom.

Some 200 or so diners at a downtown seafood eatery took home more than just leftovers. Public health officials traced an outbreak of the bacterial infection Shigella to Mariscos San Juan Restaurant No. 3 in San Jose. Health inspectors never did find a “patient zero,” but if we were playing Clue we’d probably accuse look somewhere in the kitchen. 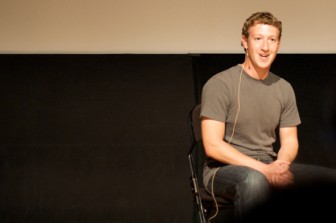 Mark Zuckerberg purchased himself a lawsuit when he bought out a real estate developer’s option to build a 9,600-square foot house overlooking his master bedroom. Mircea Voskerician sued the Facebook CEO after he failed to hook him up with his rich and powerful social network, which he allegedly promised as part of negotiations. Zuck did generously offer his celebrity to drive the price down, and his financial adviser advised his scheduler to locate the meeting at Facebook’s offices. “WE are trying to ‘wow’ these schmucks so they will accept an offer for the home that is reasonable,” he wrote. “The plan is to have (Zuckerberg) spend 15 minutes with them, make them feel special etc. Perhaps you can prepare 2 goodie bags as well.” In October, Judge Patricia Lucas allowed the lawsuit to continue.

A former San Jose policeman’s son, Robert Farmer, was found sleeping in his car with evidence linking him to the disappearance of cats across south San Jose.

Former Santa Clara County firefighter Daniel Clark sued CalFire for firing him after he wore a gorilla mask while flying a helicopter during a Halloween 2013 training exercise. 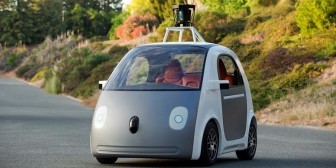 Google’s self-driving car may be able to navigate the streets, but it apparently can’t avoid cops. A Mountain View policeman pulled over Alphabet’s adorable little prototype for slogging along under the 35 mph speed limit.

The year we killed each other

There was a point in time in December when the US had more mass shootings than days in the year. The definition requires at least four or more people to be injured or killed by gun violence. The biggest tragedies of 2015: Charleston; Lafayette; Roseburg; San Bernardino. If those don’t immediately ring familiar, it’s because we’ve become accustomed to atrocities. Gun violence should be the number one domestic issue of next year’s presidential race or we will have failed as a humane society.